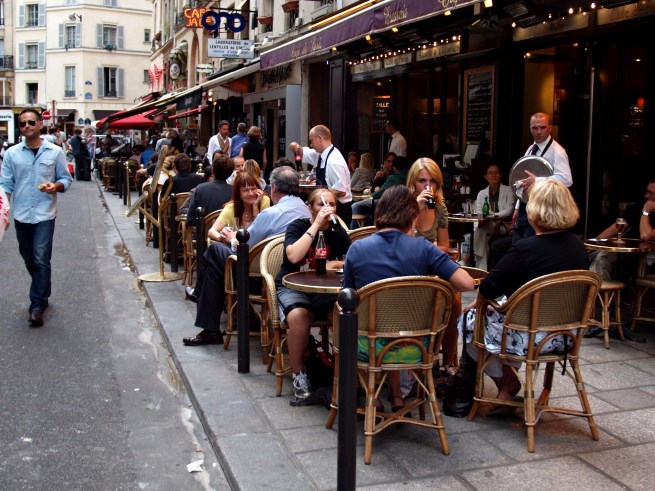 The Bistros of Paris, photo by Zoetnet

Editor’s note: A British expat who spent time living on the Rue Monge in the Latin Quarter shares his insights for first-time visits to Paris. Note that Nick’s lamentations are directed at the eateries targeting tourists, and not the neighborhood bistrots and neo-bistrots which are today undergoing a real culinary renaissance.

“Eating out” is one of the great joys of Paris, but after six weeks you can have too much of a good thing! Moreover, eating out in Paris on a limited expense budget requires great skill and judgement if you want to avoid the “tourist menu” offerings.

I first visited Paris in 1973 when English cuisine was at a particularly low point. Everything in Paris tasted better, even frites were better than chips. French cuisine was undoubtable the best in the world, but in the last forty years, the rest of the world has moved on while the French, and Parisians in particular, rested on their laurels. First the Italians learned to cook, then the Spanish, and ultimately, quelle horreur, even some English learned to cook! In Paris, the fine dining remains superb, but the tourist food has declined significantly. Originally produced in restaurants’ own kitchens by trained and qualified French chefs, traditional cooking has become too expensive and hampered by a shortage of French chefs who can earn more money in London, New York or Shanghai. As a result, the food is sometimes produced in cook chill factories located in the “banlieues” (suburbs). It is then reheated in microwaves and arrives at your table with no Gallic French input whatsoever. Of course similar situations exist in most European capitals, but the others do not claim global culinary superiority! To find good but affordable French food in Paris, there are a number of essential rules that need to be followed; mine are as follows:

Three examples of good French restaurants of varying cost are:

A delightful little restaurant in a former stable, with the original hayracks still on the walls, hence the name. It is completely unchanged since the mid-70s with candle lit tables, green salad with blue cheese dressing, and steak & chips washed down with a pichet of vin rouge. For added authenticity, they have a WC traditionnel and do not take credit cards! Upstairs has views of the side steps of Saint-Étienne-du-Mont, 51 Rue de la Montagne Sainte Geneviève, as featured in Woody Allen’s “Midnight in Paris”, the downstairs cave (basement) is ultra-atmospheric. 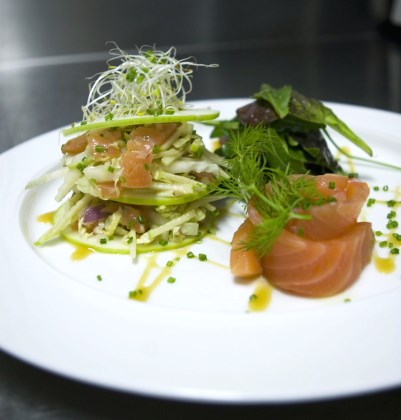 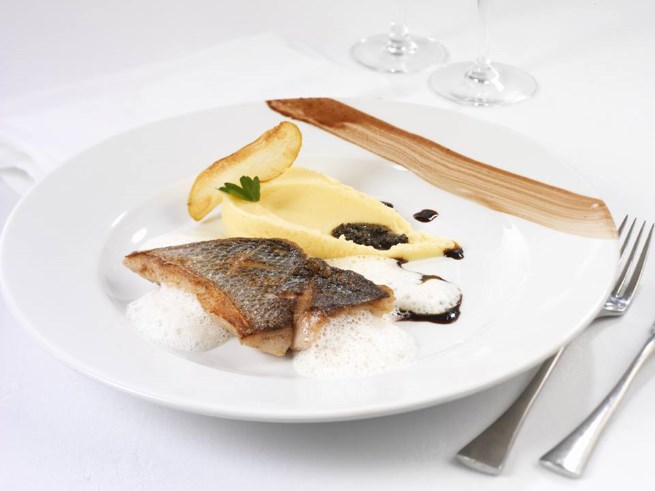 This beautiful restaurant, just off Bastille, seems expensive when they give you the menu but if you turn to the back page you will find the menu fixe options – the champagne, oysters and Chateaubriand plus desert make an excellent combination and if you wash it down with a pichet de vin maison it’s not too expensive!

Photo credit : The Bistros of Paris, photo by Zoetnet

Nicholas is considered a leading authority on environmentally friendly refrigeration and air conditioning, at the forefront of industry developments in this field since 1986 and has provided refrigerant environmental impact assessments to blue chip clients, the UK government and EU.