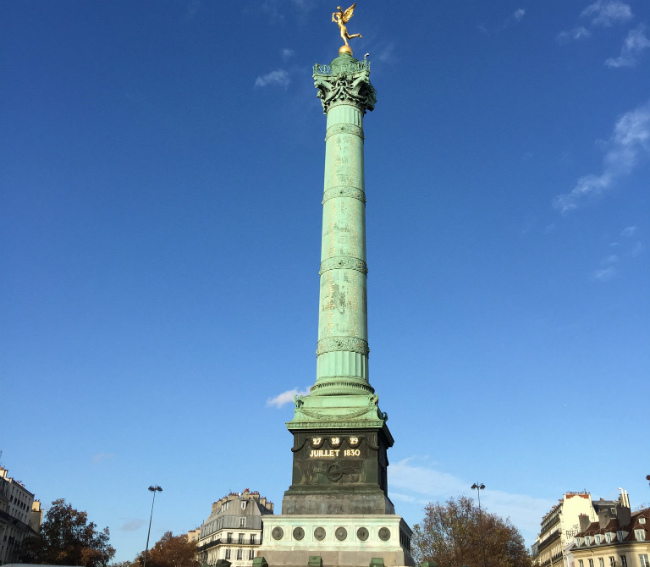 [Editor’s Note: After the November 13th terrorist attacks, we would like to celebrate the arrondissement where so much tragedy took place.]

The 11th arrondissement has long been known as a lively melting pot where happy locals and tourists alike sip wine and share great food with friends. The quartier’s unrivalled convivial atmosphere has earned it the coveted reputation of the arrondissement which best embodies the “joie de vivre” of the city.

From a historical perspective, the 11th is an area which represents change. It was here that Parisians began the French Revolution with the storming of the Bastille on the 14th of July 1789. Today the Colonne de Juillet, the towering golden Corinthian statue commemorating the Revolution of 1830, rests on the site of the old prison at Place de la Bastille. Just adjacent to the Colonne de Juillet is Opéra Bastille. Inaugurated in 1989, the opera house hosts a range of opera concerts, symphony concerts and ballet performances throughout the year.

Place de la République, its sister square, can be found at the at the oppostite end of Boulevard Richard-Lenoir where crowds tend to gather for political demonstrations. After the terrorist attacks in January and November 13th, the city’s denizens came together to mourn the victims and celebrate French unity. 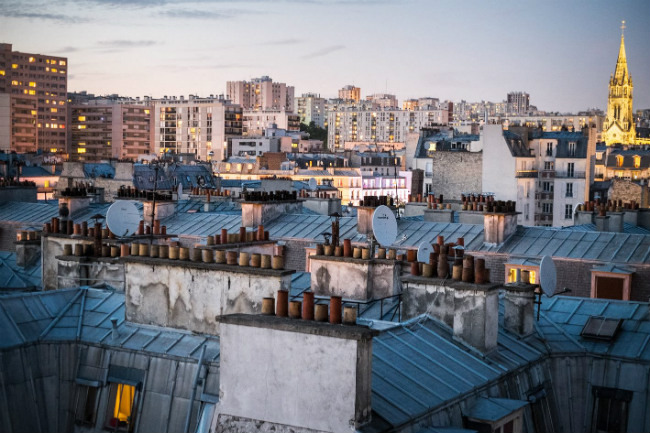 Cafés and Bars for Night Owls

Home to some of the best bars and clubs in the capital, the 11th arrondissement has become synonymous with nightlife. The weekends see the likes of Rue de Lappe, Rue Oberkampf, and rue Jean-Pierre Timbaud transform into nocturnal playgrounds buzzing with party-goers.

For an exotic night out, Favela Chic on Rue du Faubourg du Temple is a Brazilian nightclub where cocktail drinking and dancing (sometimes on the bar) is encouraged. If you are more inclined towards DJ sets and a warehouse feel, check out Badaboum on Rue des Taillandiers. Nouveau Casino— which shares its building with the legendary Café Charbon on rue Oberkampf– is also a hotspot which rarely disappoints. For a more relaxed drink with heavenly views over the city, Le Perchoir on Rue Crespin du Gast which neighbours Musée Edith Piaf is a popular spot among trendy Parisians. 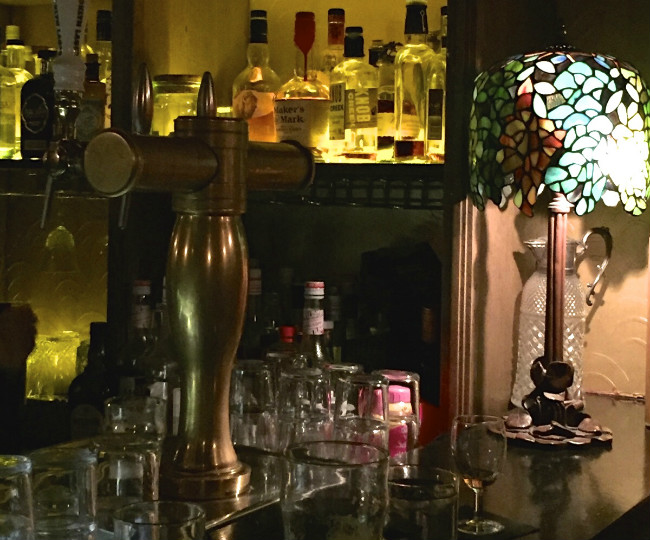 The speakeasy atmosphere at Moonshiner, by Sarah Breathnach

Alternatively, for a throwback to the 1920s, enjoy a cocktail in the speakeasy-style bar the Moonshiner. This hidden jewel is housed in a pizzeria called Da Vito, situated at 5 Rue Sedaine just off Boulevard Richard-Lenoir. Once inside, head toward the large wooden door leading to a walk-in-cooler through which you will find the exceptionally authentic, Prohibition-era Moonshiner bar.

The 11th is also recognized as one of the best dining scenes in town with a number of exciting restaurants, brasseries and néo-bistrots. Testament to this is the steady success of establishments particularly along rue Paul Bert– such as the seafood restaurant L’Ecailler du Bistrot, Le Bistrot Paul Bert which is regarded as one of the best classic Bistros in Paris, and its sister venue Le 6 Paul Bert, which has been flourishing ever since its debut in 2012. 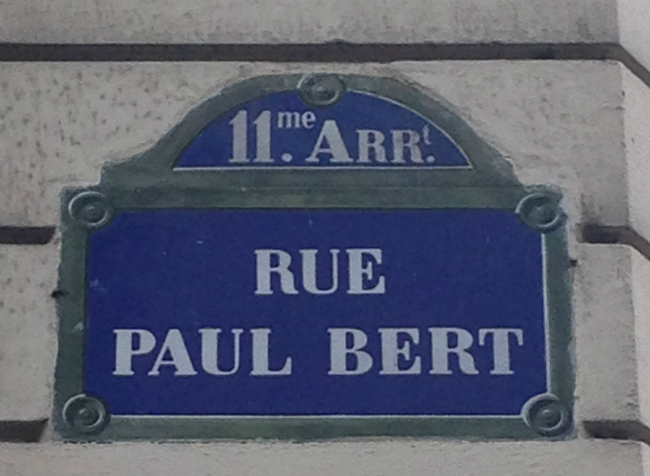 Rue Jules-Vallès, which is almost a continuation of rue Paul Bert, boasts the bistrot-style restaurant Le Chardenoux belonging to Michelin-starred chef Cyril Lignac. A taste of Lignac’s creations can also be experienced on a more modest budget just around the corner on rue Chanzy in his patisserie where the éclairs can only be described as sublime. Le Chateaubriand on avenue Parmentier, and its neighbouring tapas bar Le Dauphine, are also two of the many examples of critically acclaimed eateries in the 11th arrondissement. 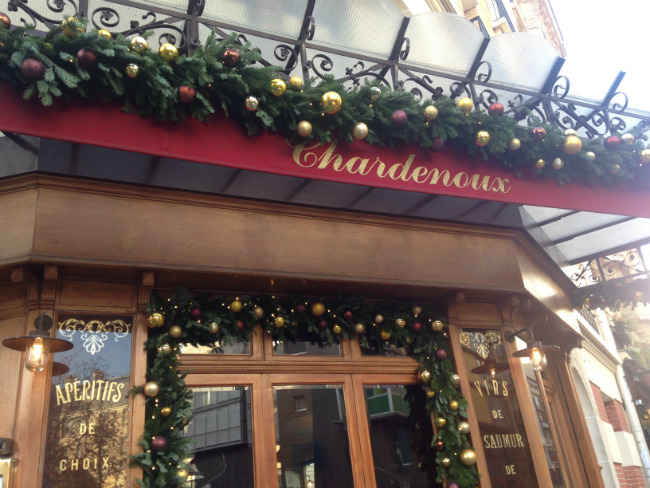 For more fantastic food, Marché Bastille– which runs from the Colonne de Juliet at Place de la Bastille along Boulevard Richard-Lenoir– is the place to be on Thursday and Sunday mornings. One of the largest open-air markets in Paris, Marché Bastille bustles with stalls burgeoning with fresh fruit and vegetables, meat, fish, flowers, souvenirs, clothes and trinkets. On Saturdays the marketplace makes an artistic transformation hosting the largest weekly art market in the capital.

Characterized by laughter, joy and the toasting of glasses, the 11th arrondissement is a hub of activity and cultural diversity that’s not to be missed. 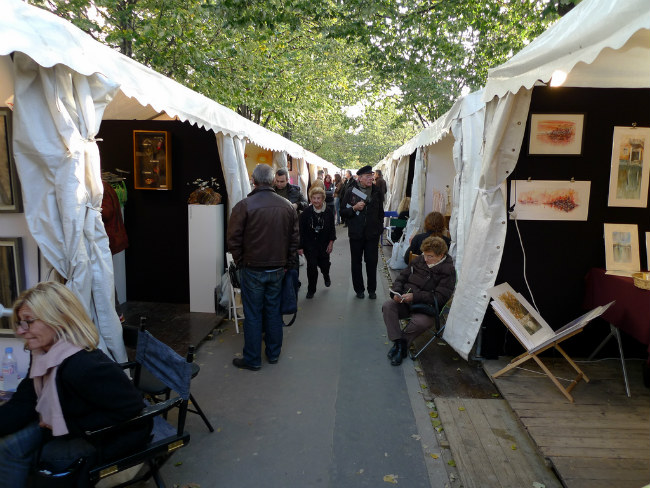