Together or Alone? Sharing the Magic of Paris with Your Partner 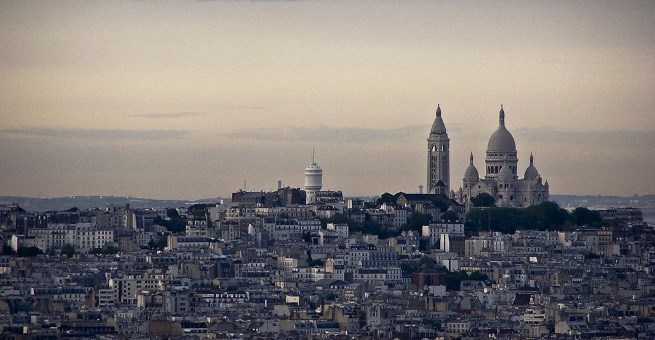 I enjoy being a lone traveler occasionally, even though my husband is an almost perfect travel companion. He has an unerring sense of direction; when we come to a crossroad, he knows instinctively which way to go. He keeps us on time, we never miss a connection. He’s an adventurous diner who never balks at my restaurant choices, the follies as well as the fabulous.

He’s walked literary trails all over Paris with me. Though unmoved himself, he was by my side as I stood in homage before 74, rue du Cardinal Lemoine, where Ernest Hemingway lived when he was young and poor and honing his writing skills in an unheated flat. He shared my disappointment when Hemingway’s barstool was already occupied when we got to La Closerie des Lilas, where the struggling writer hung out for warmth and inspiration. He’s suffered the insolence of waiters at Les Deux Magots and Café de Flore because so many literary legends of the twenties had sat at those tables and I wanted to sit there, too. 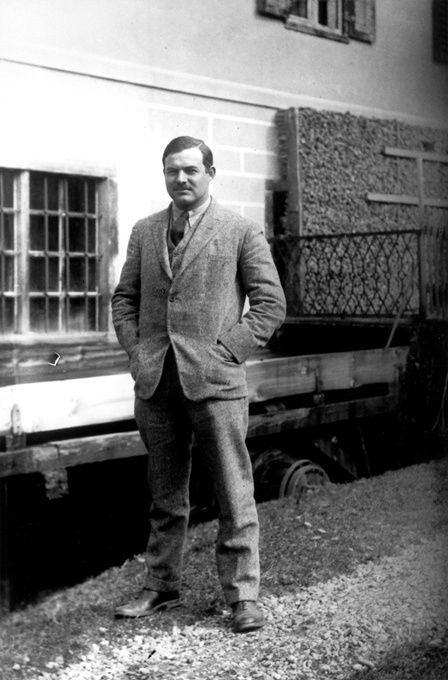 I’ve made concessions to his passions, too. I’ve sat with him in the Luxembourg Gardens, a piece of heaven on earth for him. When I’ve had enough of the bird-chirping and the butterfly-flitting, I leave him there, knowing he enjoys the park much even without me. An artist himself, he gives every bereted street artist we encounter his full attention, while I stand by, eager to move on to lunch. We endure each others’ travel idiosyncrasies when we have to.

But we both readily admit that some of our best travel moments have been spent apart, when we go in different directions to explore on our own, to satisfy a need the other doesn’t have. One trip, he spent a glorious sunny afternoon on a floating café moored on the banks of the Seine, while I went alone to the Shakespeare & Co. bookstore and inhaled the dust of literary history. I always go alone to La Grande Epicerie de Paris because he gets antsy there and I can spend hours deciding how many delicacies I can stuff into a suitcase. Another time, he searched the Latin Quarter for the hotel he had stayed in many years ago when he came to Paris as an art student, while I searched for 7, rue de Grenelle, the hotel where The Elegance of the Hedgehog, my favorite book that year, takes place. I didn’t need to see his hotel; he didn’t need to see mine. Going our separate ways gave us time to do both.

Though Monet’s gardens at Giverny had something for both of us, we split up there, too. It was spring; the gardens were in full bloom. In front of the house, hundreds of pink and white tulips stood tall above lavender-flowered borders. Purple iris and red oriental poppies, side by side, were a painting in themselves. Pansies, everywhere, created a colorful carpet beneath bushes and trees. My husband was entranced. He needed to be alone to drink in this splendor. 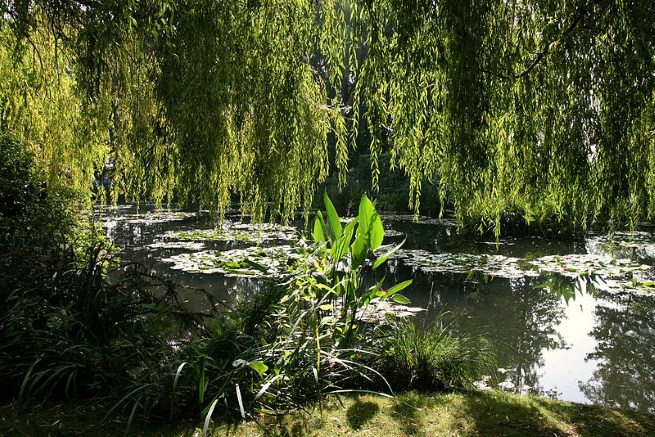 I left him on a bench under a flowering crabapple tree and set out to explore the passions that Monet and I had in common, family and food. I found them in his house, its familiar pink stucco façade and green verandah as inviting in life as they are on canvas. Entering, I felt I was in a home, not a museum. I could almost feel the artist’s portly presence presiding at table, surrounded by family, copper pots simmering on the stove. A favorite color combination in his gardens is repeated indoors, as well. Yellow tulips rising from beds of bluebells, blue delphiniums and yellow day lilies edging a pond – these may have been the inspiration for the dominant yellows and blues in the kitchen and dining room, and for the china Monet designed for his family. On the bus back to Paris, we had very different visions dancing in our heads. My husband had the serenely happy look of a gardener plotting the next season’s plantings. I was in my kitchen, and all I could see was yellow and blue.

From all reports, our married friends go hand-in-hand when traveling. When we tell them of our solo excursions, they think we have a problem. Au contraire, we have a solution. Though we married into the togetherness generation and were expected to face the world two-by-two, we found that didn’t work for us. By giving each other space to indulge in our individual interests, we’ve enjoyed our time together much more. Some things simply must be done alone. 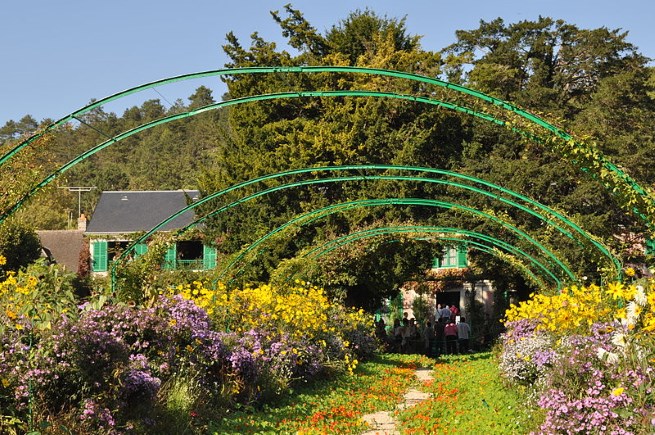 Then there are the times when one needs a companion to be fully immersed in the moment. A walk along the Seine’s embankment as the sun goes down and day becomes night, changing the scene from merely beautiful to mesmerizing. Sitting on a secluded bench in Square du Vert Galant, the pocket park on the tip of Ile de la Cite that nobody knows about but us. The breathtaking views of this most beautiful city on every level of the climb to Sacré-Coeur. Ducking into the Cluny Museum to get out of the rain and discovering the stunning medieval tapestries. Being there when thousands of tiny bulbs on the Eiffel Tower turn on, setting the evening sky aglow with enchanting bursts of light.

This is the magic of Paris, and it must be shared.

Previous Article Americans in Paris: Isadora Duncan, An Icon of Modern Dance
Next Article Spotlight on Laure, Manet’s Other Model in “Olympia” in the Musée d’Orsay