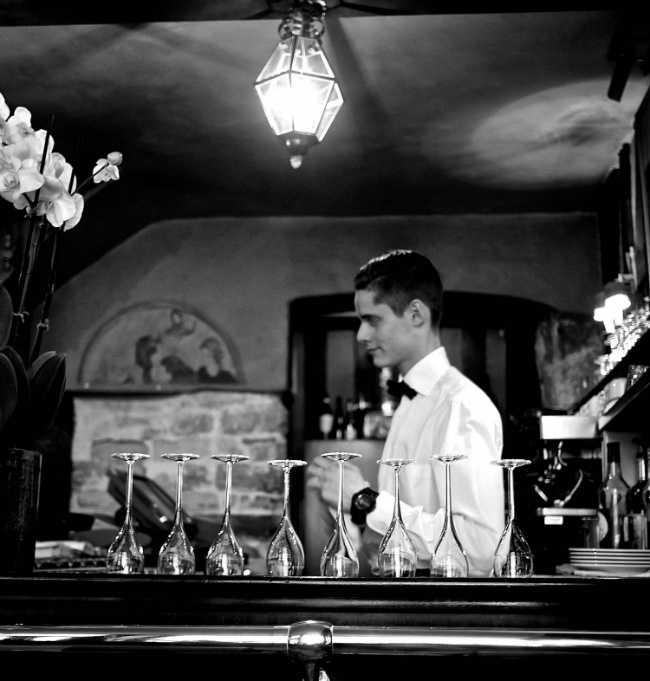 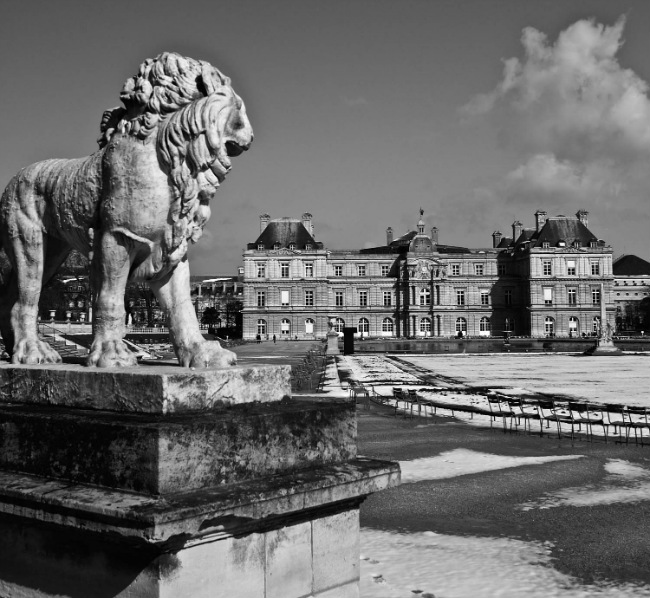 For centuries, Paris has served as inspiration to American expat writers, and among the most famous was Ernest Hemingway, who honed his craft in the French capital. A new book called Hemingway’s Paris: A Writer’s City in Words and Images captures the places which helped shape the great writer’s style. Author Robert Wheeler transports readers back to Hemingway’s era with “lonely vignettes of black and white”– just as Hemingway’s memoir, A Moveable Feast, presents isolated sketches of his time in the city. Divided into five chapters– inspiration; craft; influence; love; invitation– Hemingway’s Paris showcases provocative images paired with descriptions of Hemingway’s rituals, walks, and old haunts. Here we present some excerpts from this coffee-table book (with permission from the publisher, Skyhorse Press.) For more information, visit www.hemingways-paris.com. 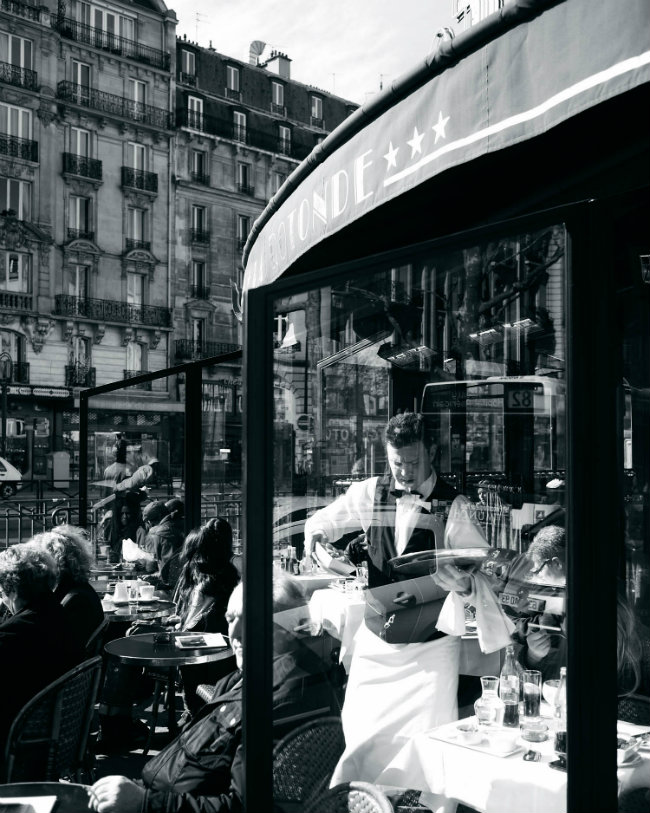 This is to tell you about a new writer living in Paris. Look him up right away. His name is Ernest Hemmingway [sic] and he is the real thing.”

This is what F. Scott Fitzgerald, an expatriate living in the south of France, enthusiastically wrote to his editor, Maxwell Perkins, at Charles Scribner’s Sons. Fitzgerald made his recommendation after having read Hemingway’s small collection of literary sketches titled “In Our Time”, published by Bill Bird’s Three Mountains Press on the Île Saint-Louis. Sent in 1924, this note marked the beginning of what would become one of Hemingway’s longest lasting and most influential relationships… the one that existed with Maxwell Perkins, the finest editor of the age.

In his memoir, A Moveable Feast, Hemingway mentions Les Deux Magots on Boulevard Saint-Germain. Throughout his time in Paris, Hemingway used different cafés for different reasons. Some were used for romance, some for working, and some for business or commerce. When he stopped to work at Les Deux Magots, he would look across the Rue Bonaparte and see the historic Abby of Saint-Germain-des-Prés, the oldest church in the city. He would order an aperitif, open his journal, and begin to write. Hemingway believed that Paris was a city tempted by greatness. 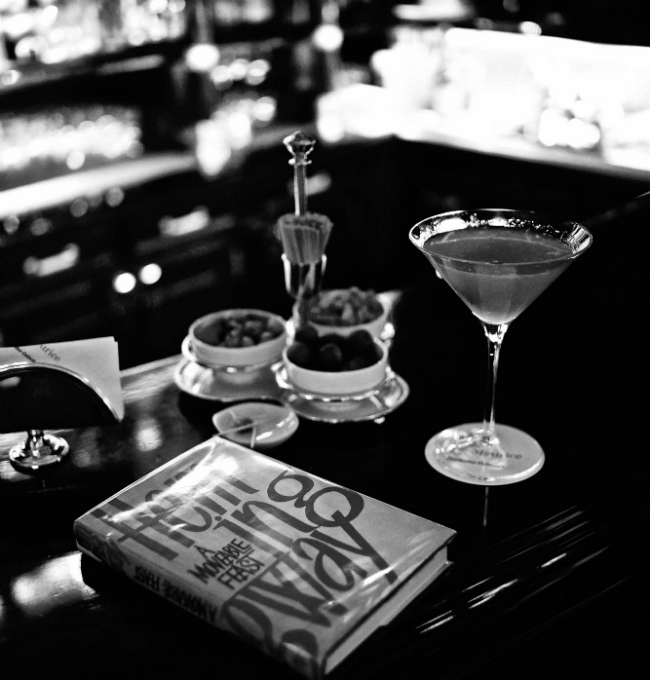 from Hemingway’s Paris by Robert Wheeler

Early in the morning, on cold, grey days in the 1920s, a young Ernest Hemingway would walk along the Quai St. Michel and quietly observe the booksellers setting up for the day. With the Notre Dame cathedral standing watch over their stalls, these sellers came to know Hemingway and, being a regular customer, he came to know them. From Left Bank hotels and from the boats that came into the city, they would find and hold properly bound books for Hemingway that were written in English, as he had not yet learned French. 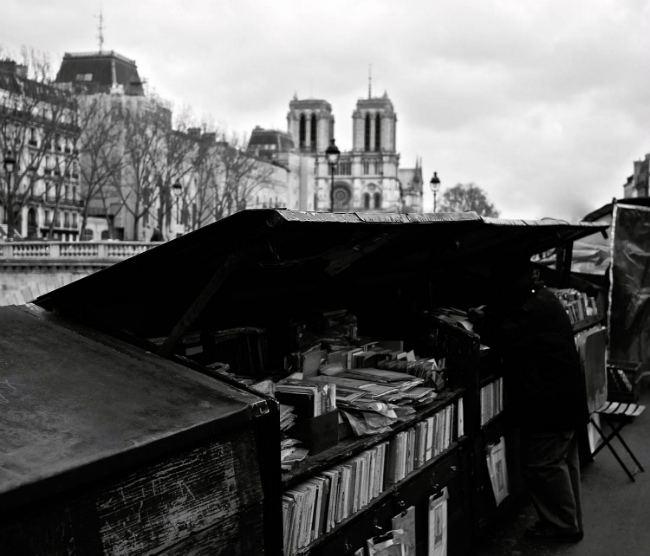 The Bouquinistes on the Seine/ Hemingway’s Paris by Robert Wheeler 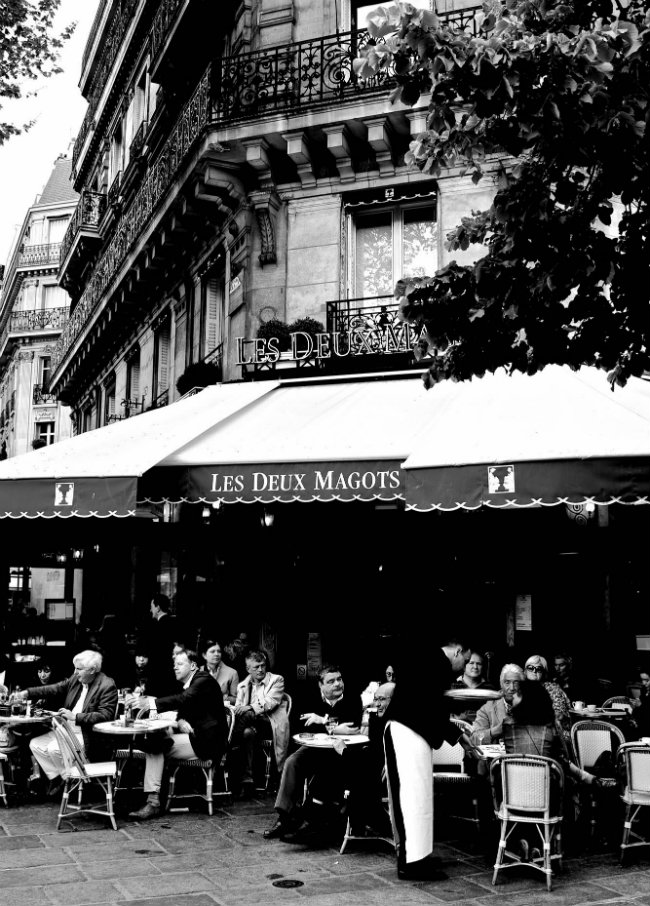 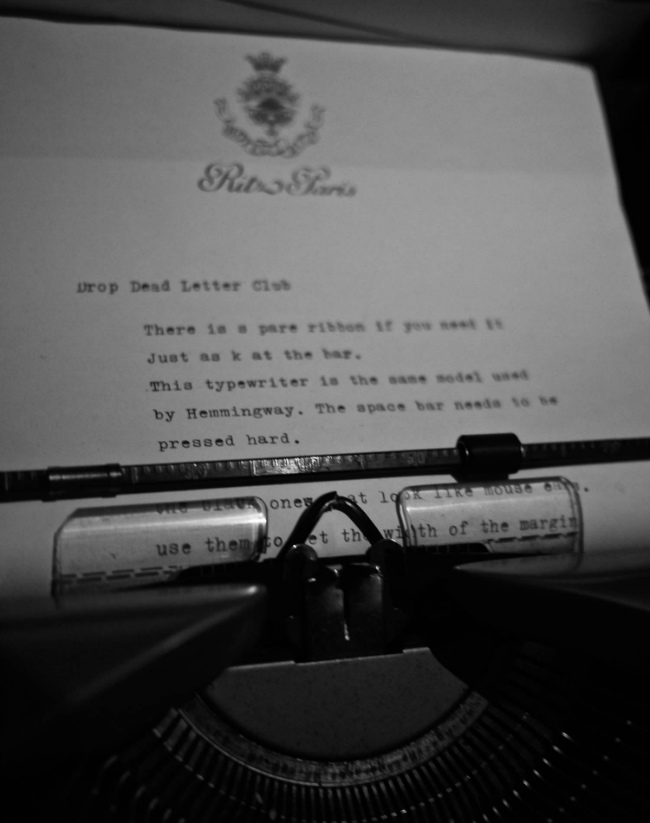 A typewriter at the Ritz/ Hemingway’s Paris by Robert Wheeler 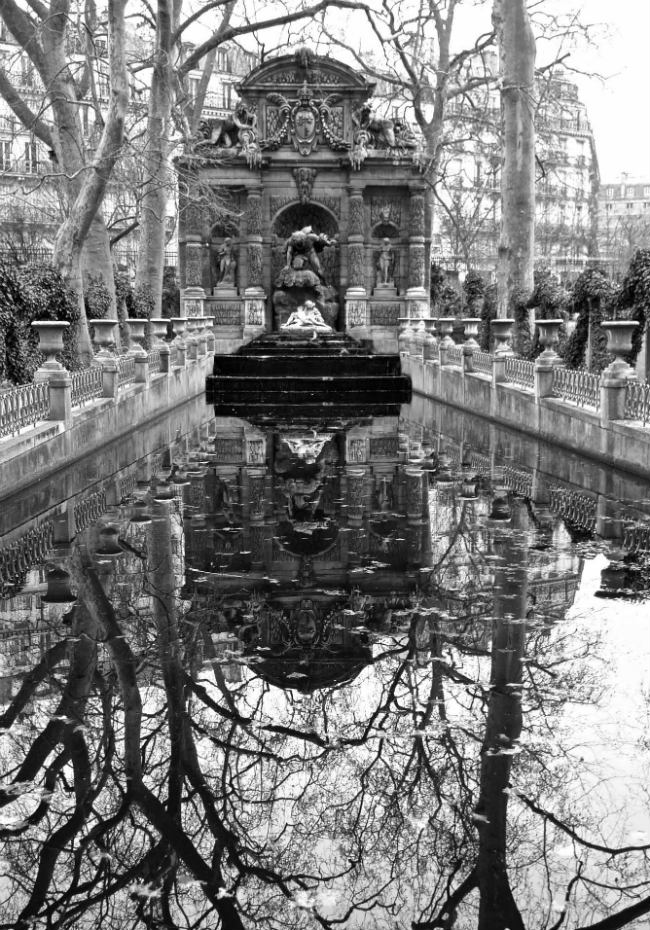 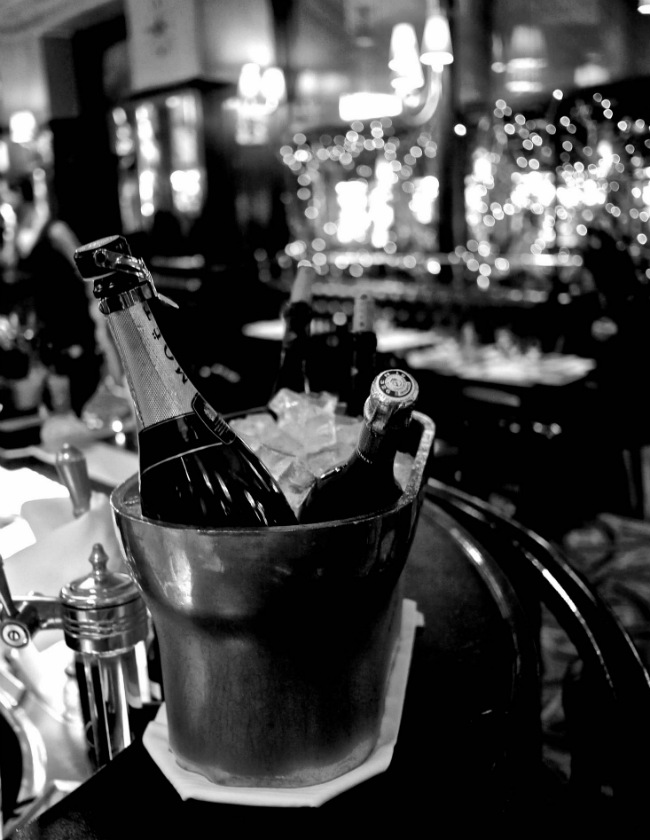 from Hemingway’s Paris by Robert Wheeler