The New Americans in Paris 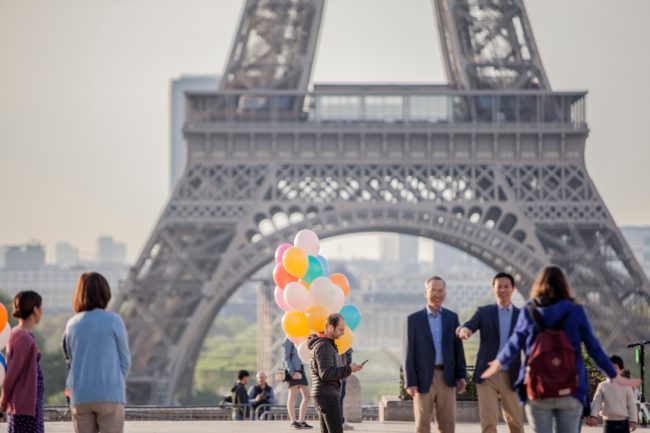 There is no doubt that Paris has attracted Americans ever since America was born. The bond between the two countries, formed more than two centuries ago out of mutual desire for independence and sovereignty, has only gotten stronger thanks to the continuous cultural exchange between the two nations. Thomas Jefferson, F. Scott Fitzgerald, Josephine Baker, Ernest Hemingway, these are the great names that first come to mind. But how about 21st-century expats? Who are the new Americans in Paris?

I recently interviewed a group of women who have made Paris their home, by choice or by chance. Their stories might be different but their love for the city is a common denominator, and they are all, unsurprisingly, artists and creators.

Geni Mermoud is a street photographer. She was born in Cocoa, Florida, and lived in Birmingham, Alabama for many years, so she simply considers herself a Southern girl. She has been living in Paris for over 25 years.

Alesa Gawlik is a freelance web designer and content manager. Born in Wichita, Kansas, and educated in West Virginia, she moved to France five years ago, three of them spent in Paris.

Georgianna Lane is a well-known photographer and author of several books, one of them being “Paris In Bloom”. A Southern California native, she fell in love with Paris as a teenager, when she first visited Paris with her mother. She has lived part-time in France for the last six years.

Chris Wright is the owner of a luxury stationery company. Born in Portland, Oregon, she made her way to Paris via Germany, where she had lived for ten years. Now, after living in Paris for the last six years, she feels she has found her home.

Having first-hand knowledge of expat life myself, I had to ask what the hardest adjustment to life in France was. 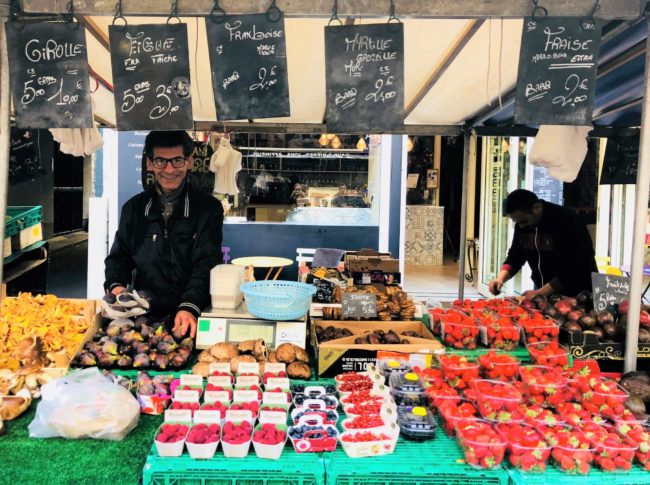 For Geni, there were quite a few things at first. “Getting used to the food, language barriers, in-laws, big city life, the French, etc. I think the worst time I had of it, though, was when my kids were in French schools,” she says. “Things are very different here in education. I found myself ranting and raving a good deal of the time about all the things I found to be inexplicable and illogical. Quite often I did my ranting and raving at the school to other parents and to the staff and have even taken that show directly to the principal’s office.”

Chris agrees on the language barrier. “I’m an American, and French pronunciation has been a real challenge. German was easier for me.”

For Alesa, who arrived in France as a student, life on campus was a difficult adjustment. “No one really seemed interested in making new friends (very different from the U.S. college experience) and I found it difficult to get my foot in the door with the Frenchies.”

“I’ve also had a hard time adjusting to the schedule,” she adds, “having to eat between 12:00-14:00, or not again until 19:30 because the restaurants close, stores closing so early and not being open on Sundays. Five years in and it’s still hard for me.” 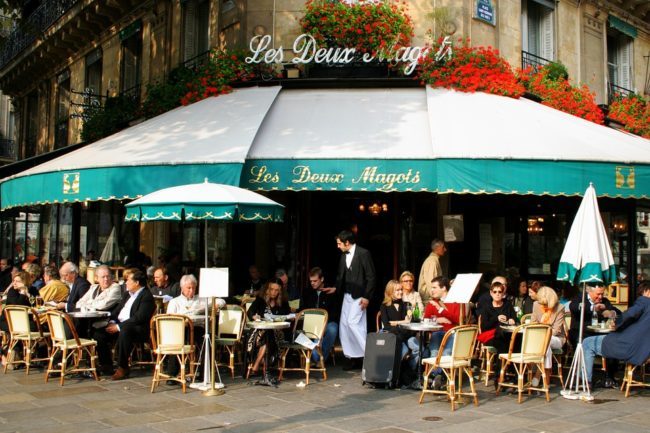 Gerogianna found the transition easy and life in France very comfortable, except maybe for the well-known aspect of bureaucracy. “I love Parisians and their way of life,” she says. “It makes me incredibly joyful and grateful for every moment I spend in the city. We are currently looking for a place in the French countryside to establish a new studio for me and to hold workshops. I have yet to deal with all the paperwork and legalities that will involve so perhaps that will prove to be an adjustment!”

Speaking of paperwork and formalities, Alesa has some great advice for newcomers. She recommends getting a printer/scanner so you can get all your documents printed at home, which will save money, time, and effort. And since we are talking about advice for Americans thinking of relocating to Paris, she adds: “Join an expat group (there are a few great ones on Facebook) for moral support, as well as tips from others who have been through the same thing. But don’t spend all your time with other Americans and do learn French! You’ll get so much more out of the city and the language offers so many insights into the French way of thinking and living.”

Chris shares this opinion as well: “Learn the language and culture,” she says. “To truly experience a country and culture, you must integrate yourself. Forget about how Americans do it and learn how the French do it. Learning and respecting the culture of a country will enhance your experience, and you will evolve as a human being.”

“I’d say, “Eat your Wheaties!”,  because you need to be ready for big changes in the way you do things”, adds Geni. “But seriously, my best advice is that you don’t apply your American logic to solving French situations. As soon as I realized that, my life here became so much easier. Learn to see things like a Parisian!” 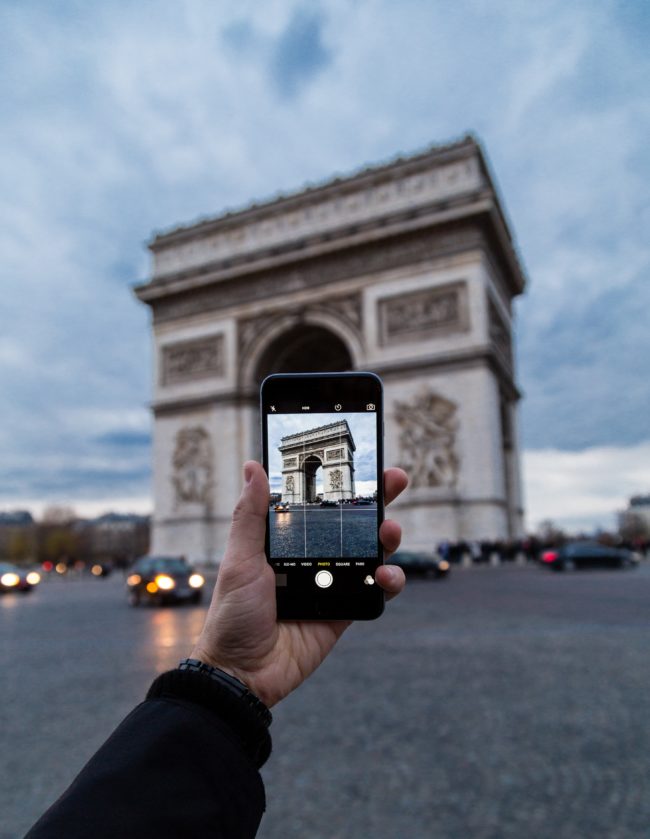 Georgianna’s answer concludes on the same note. As daunting as the logistics may seem, she has a positive approach to it all. She adds: “My advice for Americans thinking of relocating to Paris is to do it sooner rather than later. You will gain so much and grow so much that you’ll regret any time that you weren’t living in Paris! Don’t be daunted by the paperwork or immigration. It can all be solved.”

Even after many years of living in France and adapting to French culture, they all agree that they do miss the simplicity and convenience of everyday life in their home country. That being said, they truly appreciate the way France has shaped their lives and careers. “France, and Paris in particular, have been huge inspirations for my work since I was young,” Georgianna says. “The Impressionists, the great garden designers, the gorgeous architecture have all been important influences. So I would definitely say that I would not have achieved the same level of success in my career without my connection to France.”

Fellow photographer Geni adds: “I don’t think I would have had as much enjoyment or success with my photography had I not lived in Paris. There is an endless supply of photo opps here!” 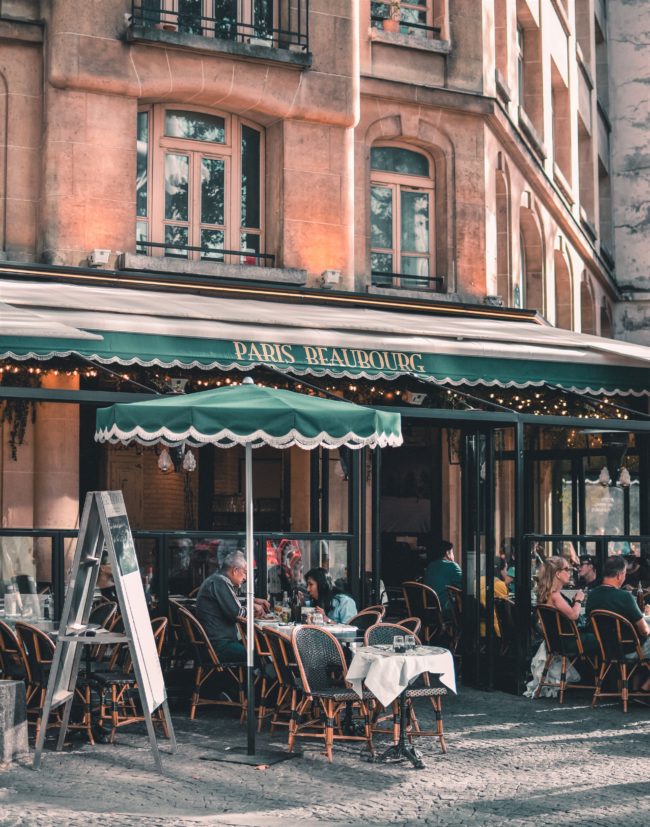 I am curious to find out what they love the most about Paris. “Café life”, says Geni. “There’s nothing like whiling away hours with a friend or two at a well-placed-for-watching-the-world-go-by Parisian café. Make it a Sunday morning with a couple of croissants and it’s heaven on earth.”

For Georgianna, it is the attention to detail that pervades everything French. “Just the way a florist beautifully wraps a bouquet or a shop person presents you with a small purchase can make you feel on top of the world,” she says.

Alesa agrees with Geni about café culture being so utterly Parisian and thoroughly enjoyable. She also appreciates how walkable the city is, and how surprising it can be, even after all this time: “You could spend a lifetime wandering the streets and still stumble upon something you’ve never seen before.”

Chris finds it difficult to pick favorites. “It’s impossible to have a favorite thing in France. The culture is so rich, there is so much to enjoy and discover. Every region has its own beauty and speciality. They are true artisans, as they study their trades for years before carrying the title.” 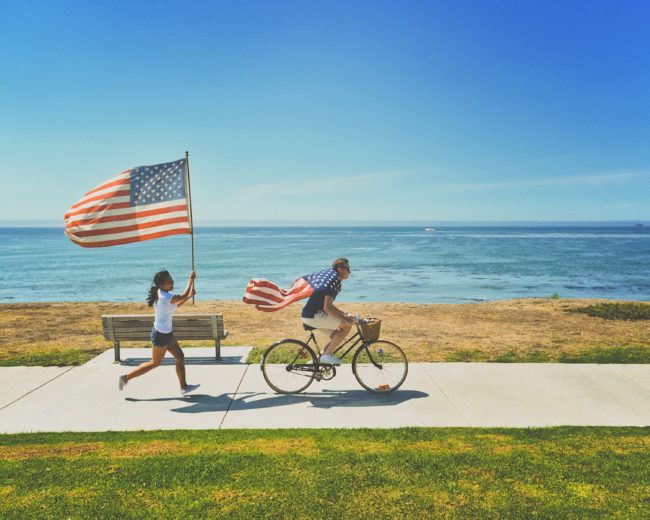 With Independence Day approaching, I ask everyone if they still celebrate the 4th of July. But for these well-adjusted Parisians, the national holiday is now Bastille Day – understandably so. Except for Georgianna, who ends on a humorous note: “A little celebration for July 4th, no matter where you are in the world, is always appropriate and fun! My English husband usually offers his condolences on the day.”

Want to find out more about our interviewees and see what they contribute daily to French art and culture? You can find them on Instagram, and from there expand your search further.

More in expats, Expats in paris

Previous Article Paris with My Father: A Story of the Second World War
Next Article Photo Essay: Explore the Musée des Arts et Metiers in Paris