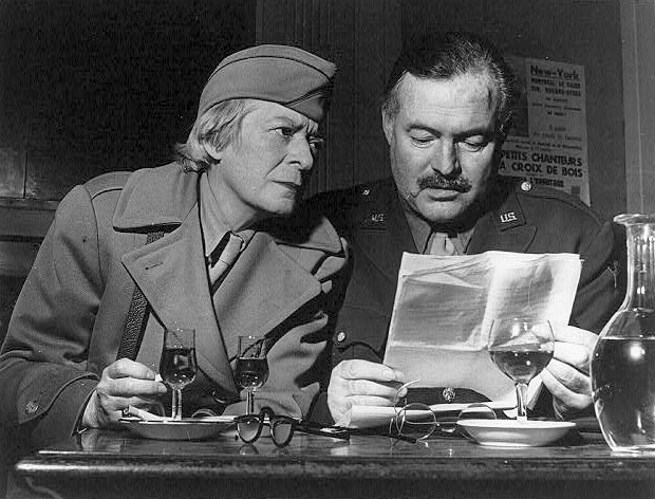 Doing the research for my novel, The Pilot; Fighter Planes and Paris, I embarked on a night-time quest in the City of Light to visit some of Ernest Hemingway’s old haunts, those he frequented during the 1920s, the Lost Generation era. Ernie’s image and thoughts would figure prominently in the book and I needed to absorb the ambiance and the alcohol he adored to strike the right tone in my descriptions of his parts of Paris.

I began my journey at the Shakespeare and Company bookstore (37 Rue de la Bûcherie, 5th Arr. across the Seine from Notre Dame) to see if they stocked my first book. This isn’t the original location of Sylvia Beach’s legendary store, but who cares, literary tradition is portable. They didn’t stock War for the Hell of It. For a moment, I contemplated secretly slipping my own copy on a back shelf; easy to do in the labyrinthine, cluttered shop. They would reap 100% of the price when someone bought it and I could boast of my book being sold there. But, I had an unfamiliar onslaught of good judgment and I abandoned the reverse shoplifting marketing plan.

Next stop, an enchanting walk away, was the bistro Les Deux Magots (6 Place Saint-Germain des Prés, 6th Arr) in the Quartier Latin, where I nursed a café crème as Papa often did and waited for James Joyce to show. He didn’t. Pas de problème. Joyce was probably out inventing innovative words to put in his books. I wondered how Hemingway ever got any writing done in there with all the tourists chattering away. Maybe it was different back then. 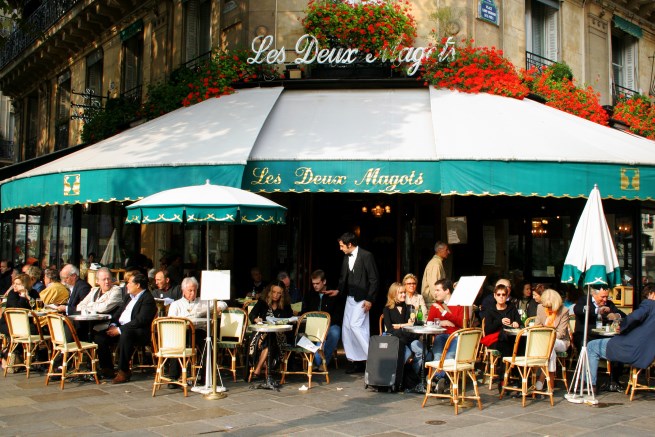 A longer walk took me to another legendary bistro, La Closerie des Lilas (171 Blvd du Montparnasse, 6th Arr.) on the edge of Montparnasse. An Armagnac at the bar was the obvious historic choice that night. As I sipped, I was appalled to find no Hemingway memorabilia in view. Strange, considering The Sun Also Rises is rumored to have been partially written there. At the least they could have displayed a small portrait of Hem or mounted a stuffed Marlin on the wall. I pondered the shocking absence of homage. For Americans, Papa is an icon, a literary lion, but for the French, he was just another expat writing novels, like me. Well, sort of. When I pushed away from the bar, a tiny brass plaque caught my eye. It read, “Reservée à E. Hemingway.” I was occupying Hemingway’s place at the bar! Now, that was more like it. I felt inspired to write some bad Hemingway, a genre at which I excel. 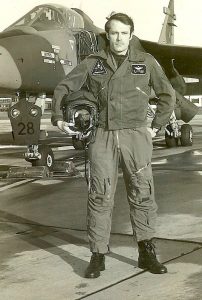 A taxi ride to La Rive Droite deposited me in front of Harry’s New York Bar (5 Rue Daunou, 2nd Arr), a side-street watering hole that looked as if it hadn’t been remodeled since Hemingway was last in. My libation of choice this time was a French 75, the concoction supposedly invented by Franco-American WWI flying ace Raul Lufbery during the Great War and named after a lethal anti-aircraft gun. There is some doubt as to Lufbery’s skill with a cocktail shaker, but when fact and legend conflict, print the legend. While Harry’s New York Bar and the French 75 were achingly authentic, I found the joint to be too much like, well, New York. With visions of dog-fighting Fokker Triplanes and Sopwith Camels swirling in my brain, I decided to end my night’s pilgrimage at the Hemingway Bar in l’Hôtel Ritz on Place Vendome (15 Place Vendome, 1st Arr). Ernie wrote about personally liberating the bar at the Ritz in 1944 to make the world safe for drinking among civilized company and to rescue his trunk stashed in the basement containing the raw material for A Moveable Feast. 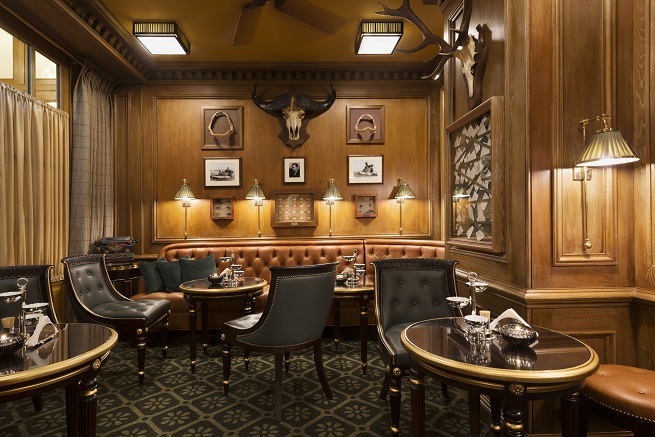 At the Ritz, the Mâitre’ D barred my way in. I addressed him sternly in my best “Foreign Correspondent” voice, “Vous avez permis à Monsieur Hemingway d’entrer. Il était plus perturbateur que moi.” You let Hemmingway in. He was far rowdier than I am. 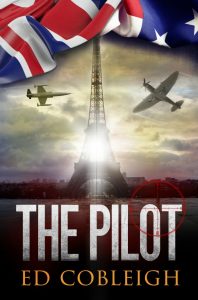 Shot down in fashion flames, I sulked off into the night sad but satisfied I had gathered enough material to bring a chapter to vivid life in the new book. Did I capture Hemingway’s Paris exactly? No, but I lived enough of it to depict my fictional fighter pilot protagonist roaming the city on his own pilgrimage to understand Papa when not engaging the Bad Guys in air combat.

The Hemingway Bar at the Ritz closed for remodeling shortly after I was thrown out. By all accounts, it was a true and honest and brave bar where a man could score a stiff drink and perhaps encounter a beautiful woman. A strong woman who would help him drink and love and live and die like a man, which aren’t the same things.

Previous Article Clinical Psychologist Roni Beth Tower on a Miracle at Midlife in Paris
Next Article Maison&Objet 2017: What’s New and in Vogue in Home Design

The Abbey Bookshop: A Treasure of Books in the Latin Quarter