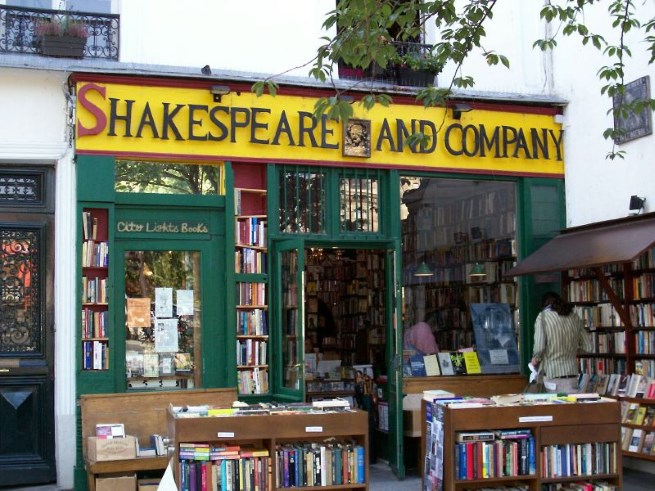 George Whitman was born in East Orange, New Jersey in 1913. And over the course of his 98 years of life, he would go on to leave an indelible impression on the literary world at large, and also, on the city of Paris.

It was in Paris where he ran a bookshop, one which has become legendary, due to its famous clientele, readings and performances, Tumbleweeds, storied walls, and book thieves (ahem, Gregory Corso). The poet Corso often stole books and attempted to sell them back to George, who, “if feeling indulgent, would go along with the charade,” wrote Vanity Fair writer Bruce Handy, in a 2014 feature about the famous shop.

Shakespeare & Company bookstore is now nestled on the Left Bank, in view of Notre Dame, at 37 rue de la Bûcherie. The first iteration of the bookstore was at 8 rue Dupuytren, and was founded by an American named Sylvia Beach in 1919. The bookstore later moved to 12 rue de l’Odéon, in 1922. 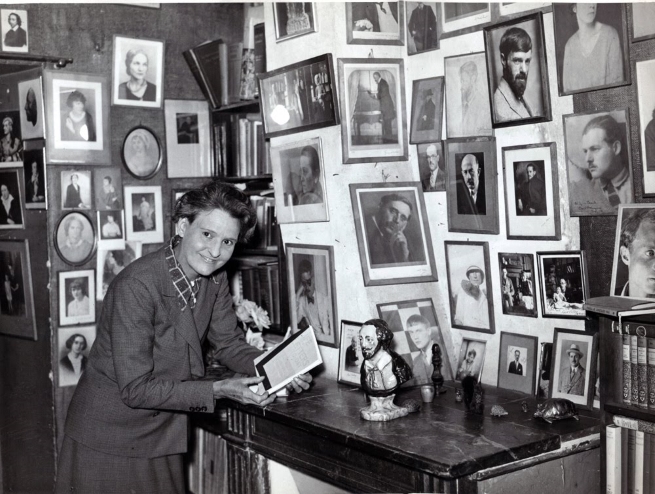 The Odéon location became a hotbed for the literati of the Lost Generation – a generation of American artists who had migrated to Paris. Writers like James Joyce, Ernest Hemingway, F. Scott Fitzgerald, Gertrude Stein, and Ezra Pound, all spent much time at the shop. Beach was beloved by the shop’s guests and customers. She even published one of her customer’s books, when no other publisher would touch it. (That customer was James Joyce, and the book was Ulysses.)

The Odéon location closed in 1941 when the Germans came to occupy Paris. But in 1951, the bookstore found a new home on rue de la Bûcherie, when Whitman opened his bookshop there. The structure that houses the bookshop used to be a monastery, and was originally built in the early 1600s. Whitman liked to joke that he was the sole surviving monk of the original monastery.

The impact of Whitman’s shop cannot be understated. It has serviced the literary needs of everyone from Henry Miller to James Baldwin, and thousands more. Whitman said of his vision for the shop: “I created this bookstore like a man would write a novel, building each room like a chapter, and I like people to open the door the way they open a book, a book that leads into a magic world in their imaginations.” 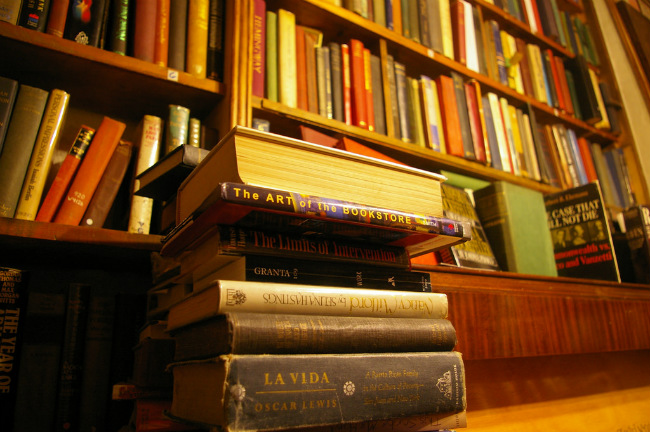 There is a certain sense of magic about the bookstore. (And by Whitman’s own account, it’s not really a bookstore, but rather, a “socialist utopia masquerading as a bookstore.”) The takeaway is different for each visitor. And people travel from all over the world to visit, seeking it out like Indiana Jones on the hunt for the Ark of the Covenant.

The publication of a book about the shop last fall is evidence of the store’s continued, robust popularity. As further evidence, the store’s weekly free literary events are always jam-packed. (A schedule of upcoming events can be viewed here.)

Whitman’s daughter, Sylvia (who was named after Shakespeare’s original progenitor, Sylvia Beach), is currently at the helm of the shop and has ushered it into modernity. Shakespeare now has an adjoining café, and even – joining the ranks of Millennials –an Instagram account, with over 30,000 followers no less.

A post shared by Shakespeare and Company, Paris (@shakespeareandcoparis) on Jul 17, 2017 at 1:36pm PDT

If a trip to Paris isn’t in the cards for you right now, fear not. You can visit the shop’s online store on their website to buy any book in their inventory. And, they offer worldwide shipping.

One book worth buying from their online (or physical) store is A History of the Rag & Bone Shop of the Heart. It’s a 384-page compendium of the store and its stories, told by those who love it most. The book includes comicbook-style drawings, beautiful photographs, poetry, excerpts from Whitman’s journals, a foreword by author Jeanette Winterson, a 1966 newspaper clipping from the International Herald Tribune about beatniks in Paris, autobiographies and works of Tumbleweeds (the name for people who live and work in the shop), rare mementos from the shop’s archives, and even film set stills (from Julie Delpy and Ethan Hawke’s Before Sunset). 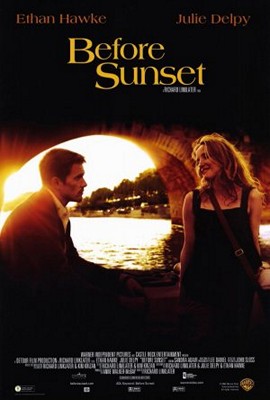 The film poster for Julie Delpy’s “Before Sunset”

The tome includes contributions from writers like Anaïs Nin, Allen Ginsberg, Kate Tempest, and more. Also scattered throughout the book (in a way that feels as haphazard as certain nooks and crannies of the store itself) are quotes in large font that take up entire pages, sharing the insightful words of the shop’s biggest – and most famous – fans, like writer James Baldwin.

“You think your pain and your heartbreak are unprecedented in the history of the world, but then you read. It was books that taught me that the things that tormented me most were the very things that connected me with all the people who were alive, or who had ever been alive.”

Shakespeare & Company continues to be a place for Parisians and visitors alike who, like Baldwin, are looking for connection, comfort, and the satiation that comes with devouring an un-put-down-able book.