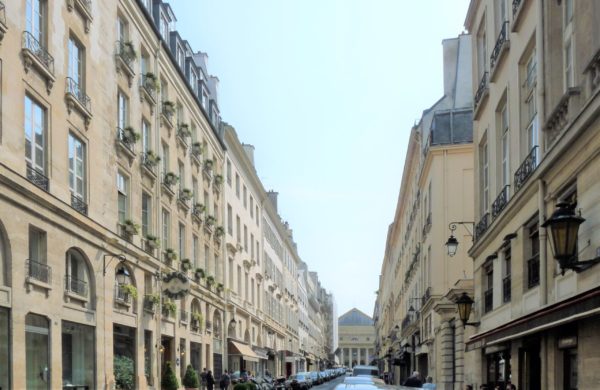 How do you pick a favorite street in Paris when the never ending maze of cobblestone streets are filled with amazing architecture, historic tales and lovely vistas? Well, it’s almost impossible, but one street stands out above the many. The Rue de l’Odéon in Saint-Germain-des-Prés is a short street that could make any Parisian scholar weak in the knees.

In 1779, Rue de l’Odéon would start out its life as the Rue du Théatre-Français, leading to the Théatre-Français du Faubourg Saint-Germain at the top of the street. In 1797, the theater and the street would take the name Odéon, based on a Greek word for a place where people gathered in song. Stretching 600 feet downhill, the street hides a special feature of its own that few that walk it every day on their way to the Jardin du Luxembourg may even know. Prior to 1779, the well-heeled Parisians would rarely need to step out onto the muddied ground from their carriages that would deliver them into their cobbled courtyards. However, the Rue de l’Odéon holds the title for having the first sidewalks in all of Paris. Prior to this, only the Pont Neuf had sidewalks for the early flaneurs; now the theater goers could also enjoy clean shoes. 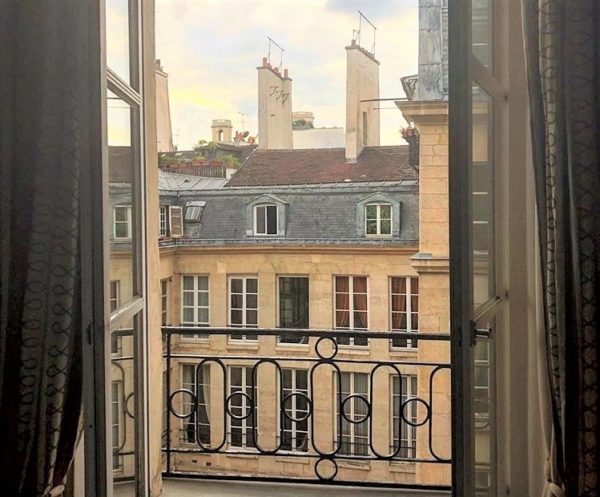 The small area of Odéon that sits between the Boulevard Saint-Germain and the Jardin du Luxembourg was once the grounds of the Princes de Condé, forced to sell off their land and buildings in the mid 1700s. Today it’s a small pocket of goodness filled with some of the best restaurants in Paris and a hotbed of literature in Paris from the 1920s until today.

At number 7, a young Parisian teacher with a love of literature opened the first woman-owned bookshop in Paris. Adrienne Monnier would open La Maison des Amis des Livres on November 15, 1915, filling the shelves with French literature that quickly became a place for readers to gather. In 1917, a wide-eyed American girl was at the Bibliothèque National reading a review of Paul Fort’s Vers et Prose. The review noted that it could be purchased at A. Monnier’s bookshop in Odéon. “Suddenly something drew me irresistibly to the spot where such important things in my life were to happen”. Sylvia Beach would walk into the little gray bookshop and her life would change forever. 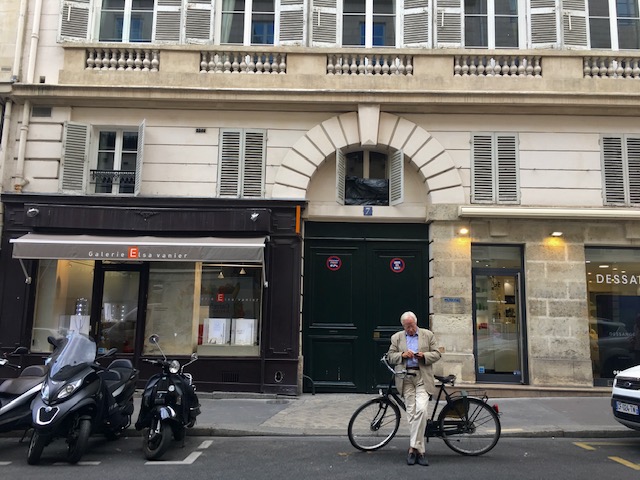 Beach would spend a lot of time at the shop and she and Monnier would become involved. Falling in love with Adrienne and books, she decided to open her own shop dedicated to English books. The first location of Beach’s Shakespeare and Company would open in 1919 around the corner on Rue Dupuytren, eventually moving in 1921 to a larger store at 12 Rue de l’Odéon just down the street from Adrienne’s store. Adrienne spotted the restless antique dealer that occupied the spot one day packing and quickly passed the news to Beach. The bookstore became more like a lending library to subscribers, a gathering place and for some their personal postal box to pick up mail; Fitzgerald, Gertrude Stein, and James Joyce could be seen almost daily chatting amongst the piles of books. Joyce would use the store as his office as he worked away on his novel Ulysees that no one would publish. At the end of the road and not knowing what he would do, Sylvia Beach suggested she publish the manuscript herself, a huge undertaking that was constantly met with challenges including the fact it was banned in America. 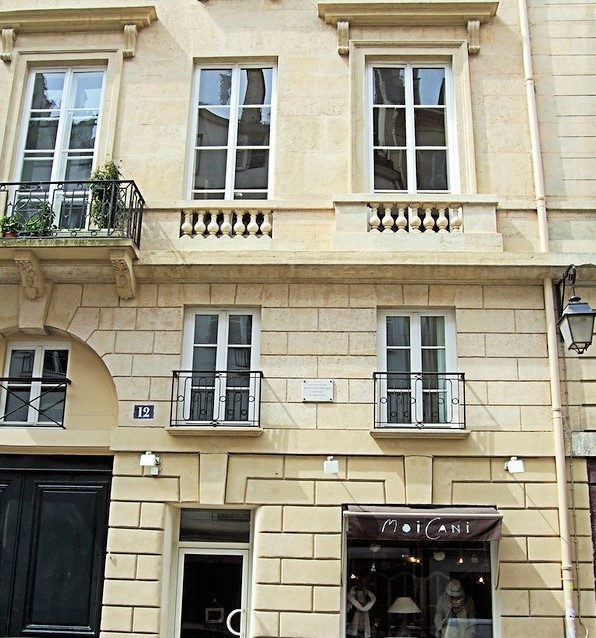 One day a young American writer, without any money in his pocket but with a thirst for reading, paid a visit. Ernest Hemingway described Beach this way: “a lively, shapely sculptured face, brown eyes that were as alive as a small animal. She had pretty legs and she was kind, cheerful and interested”. Hemingway and Beach would remain close for years, and the famous author said “no one that I ever knew was nicer to me”.

During WWII in 1941, a German officer spotted a copy of Finnegans Wake in the window and, with perfect English, asked Sylvia if he could buy it. “It’s not for sale,” she told him, which did not go over well. He came back two weeks later looking for the book that Sylvia had removed after his first visit. Enraged he told her they would be back to seize all of her goods. Enlisting all her friends, in two hours under the dark of night, the entire contents of her store was boxed up and moved to an empty apartment above; all the furniture was removed and a painter covered the name on the front of the store. Her inventory would survive, but sadly Sylvia was taken and imprisoned for six months, but would return to her beloved Odéonia as she and Adrienne called it.

At number 10, English writer and activist Thomas Paine moved in to the Rue de l’Odéon in 1797. He spent the final years of the French Revolution writing The Rights of Man, heavily defending the Revolution. He was given an honorary French citizenship, even serving in the French National Convention. He ruffled feathers by voting against the execution of Louis XVI, instead suggesting he should be sent to America. Robespierre, enraged by the English author, had a new law decreed against foreigners sitting in French government and tossed him in prison. Released with the help of James Monroe, he returned to Odéon, living with Nicolas de Bonneville and his wife, where he would finish The Rights of Man and in 1802 leave for the United States. 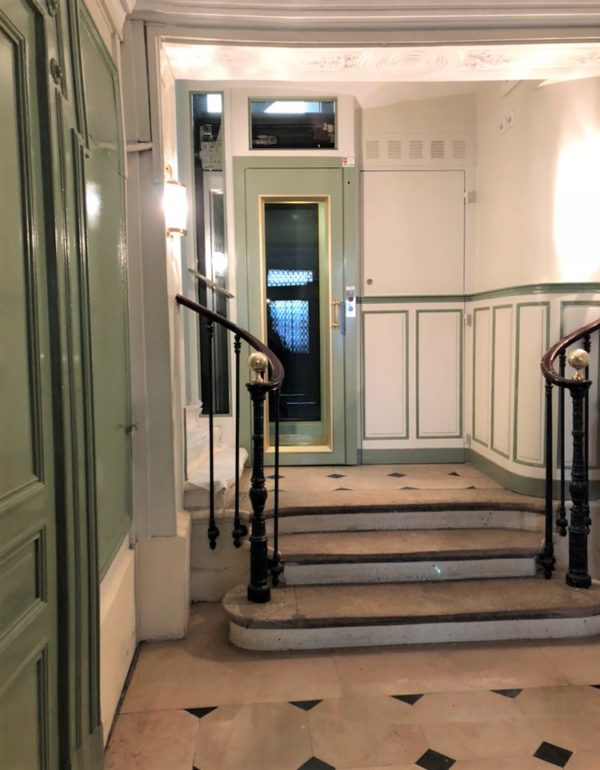 Most of the buildings of the street were built between 1770 and 1780 and the one at number 18 is no exception. The great story it holds may mean the most to me of any associated with the street. After closing their shops, Sylvia Beach and Adrienne Monnier moved a few doors down into the building at number 18. Taking an apartment on the 4th floor, they would ride out the end of the war together waiting for the day it would all finally end.

On the 25th of August, 1944 before Ernest Hemingway would “liberate” the Ritz and its cellar, he would liberate the Rue de l’Odéon. On the final day of the Liberation of Paris while Sylvia and Adrienne sat in their apartment, they heard someone yelling from the street, Sylvia! Sylvia! “It’s Hemingway,” Adrienne cried out. They ran to the street to meet him, greeting their old friend enthusiastically. He came up to their apartment in his dirty, bloody clothes and asked if there was anything he could do for his dear friends. “We asked him if he could do something about the Nazi snipers on the rooftops in our street”. He promptly went down to the street, grabbed a few other men and their machine guns and went up to the roof. Shots rang out over the rue de l’Odéon for the very last time. The wonderful Australian writer and friend John Baxter lives in this building today and I have been lucky enough to go inside many times and climb the same stairs through the same door that another Hemingway had so many years ago. Passing the door as you descend the steps where Sylvia spent her final years, it is hard not to let the weight of history take hold of you. Other than a small elevator, the building has been left unchanged for over 100 years. 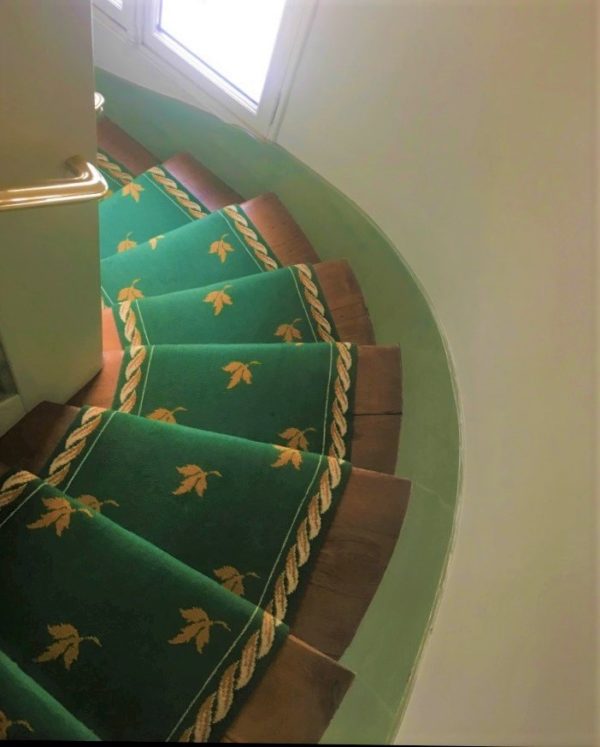 Sylvia would live out the rest of her life in the apartment following the death of Adrienne in 1955, dying in 1962 alone in her apartment. For a street that Sylvia touched and transformed there is very little to remind you of the history that once meant so much to an entire generation. Just a small plaque reminding those that walk by that she published Ulysees here. The entire street and area was once filled with publishers, writers and bookshops. A few still remain and one should wander in and imagine those days when the “Lost Generation” imparted so much onto the world.

Spend a day in the area discovering each of the streets that encircle Rue de l’Odéon, starting and ending at one of the great restaurants in the Carrefour de l’Odéon. The crossroads of the Odéon hold the family of restaurants of Yves Camdeborde, including my favorite wine bar in Paris, the L’Avant Comptoir de la Terre. Belly up to the bar and prepare to enjoy the best experience in Paris. I promise the wonderful Sylvain Orel will take care of you and if you are lucky, chef Oscar Arvide will make you the delicious Taco d’Oscar. However I must warn you, you will dream of it for months after you leave. 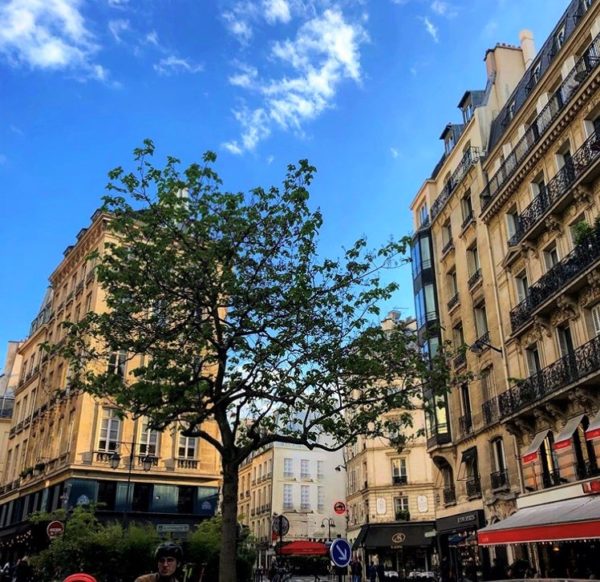 Previous Article Hermès Carré Club: Everything You Need to Know about the Famous Scarves
Next Article French Film: Roman Polanski’s “J’Accuse” (An Officer and a Spy)