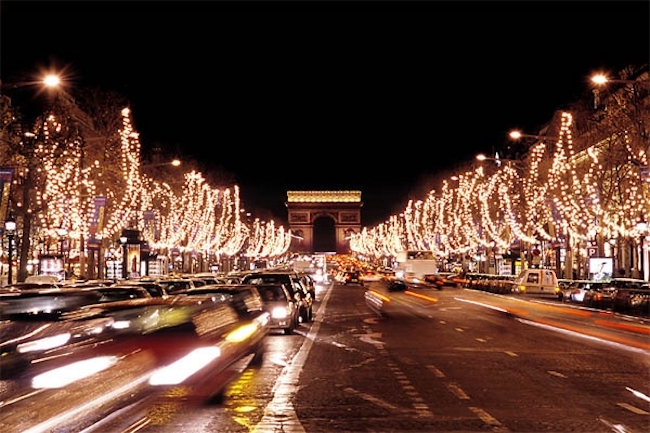 In a televised address yesterday evening, President Emmanuel Macron gave an update about the pandemic situation in France. The good news is that the lockdown has been working, so there will be a gradual easing of restrictions. The timeline is as follows: Starting Saturday, November 28, shops will reopen, outdoor extra-curricular sports can resume, and we will be able to venture 20 kilometers from our homes (for three hours), instead of the previous restriction of one kilometer and one hour. You will still need a signed attestation for any outing. If the COVID case numbers remain in check (infection numbers kept to 5,000 a day), the lockdown will officially be lifted on December 15 for holiday travel, though a curfew will remain in place. The country’s cinemas, theaters, places of worship, and museums will be able to reopen at this time. Macron stressed the importance of personal responsibility over the holiday period, when gathering with family. “We have to do everything in our power to avoid a third wave.” The final stage of the lockdown easing will be January 20, when bars, restaurants and gyms will be able to open if— and only if— the virus infections remain under control.

Yesterday was a big day in the reconstruction of Notre-Dame de Paris. Construction teams were able to remove the last bit of scaffolding that had melted in the devastating April 2019 fire. As reported by Agence France Presse, the removal of 200 tons of molten scaffolding now allows “crucial protective and stabilization work” to proceed. The scaffolding had been in place for renovation work at the time of the fire, and the tangle of twisted metal has posed a severe and dangerous threat to the 13th century landmark.

Reconstruction of Notre Dame Cathedral in Paris reaches turning point with the removal of the last portions of scaffolding that melted during the April 2019 firehttps://t.co/9GPvzALY4v

Champs-Élysées: The Lights Are On!

It’s been a difficult and strange year, and for many, the holiday season will be a welcome bookend to 2020, and a way to usher in 2021 with happiness and good cheer. In sparkling tradition, the Champs-Élysées illuminations were launched in a November 22 ceremony overseen by Paris Mayor Anne Hidalgo and the singer Louane. More than 50,000 people followed the event live (and you can see a recap at Champs-Élysées illuminations. The world’s most beautiful boulevard is lit up in a beautiful red! The lights will be shining until January 6.

Meanwhile, the Paris firefighter brigades have released a funny video reminding the public about when it’s appropriate to call the pompiers for help. To quote The Guardian: “For Parisians who find themselves locked out without their keys, stuck in a lift or confronted with a large spider, a wasps’ nest or a water leak, there is a common reflex: call 18. Cue the arrival of the heroic pompiers and the city’s first responders who, if necessary, will abseil down from the roof, kick in a window and let you back into your home.” Check out the video below.

Previous Article Beets are Back: A Walk in Eastern Paris and a Lunch Recipe
Next Article Confinement, Creativity & Dreaming of Travel in Pandemic Paris