Confinement Comes Up and the Lights Go Down: The Cinémathèque Reopens! 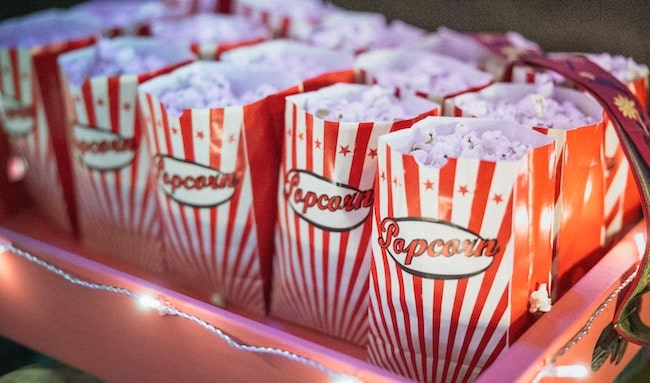 Like Paris’s movie theaters, museums and other cultural centers, the Cinémathèque Française was obliged to close its doors during the severe lockdown imposed by the French government. It kept a certain presence going through its site and on-line activities ranging from e-newletters, podcasts, and movie streaming. After several weeks, it reopened on July 15, one day after Bastille Day.

It’s opening on the lighter side, with an exhibition dedicated to France’s cinematic funnyman Louis de Funes. A broad comic, de Funes was more Jerry Lewis (another French favorite) than Jacques Tati. Films like La Grande Vadrouille, Captain Fracasse and The Adventures of Rabbi Jacob are beloved by the French public, though not very well-known abroad. (La Grande Vadrouille remains France’s most successful film ever.) The exhibition features more than 300 extracts from the comic’s films as well as artefacts, such as the costume sketches, inspired by Valasquez paintings, for La Folie des Grandeurs.

Later in the summer (August 12 – 30) there will be a retrospective of the oeuvre of Jean-Daniel Pollet, whose films include Le Horla and La Ligne de Mire. Pollet was active in the 1960s and 1970s, and made a series of tragicomic films revolving around a character named Léon, played by Claude Melki, who would be for the director what Jean-Pierre Léaud was for François Truffaut. Pollet turned to more poetic, experimental films, especially Méditerranée (1963).

[The image gallery below was taken in 1963. It shows Jean-Luc Godard, his team and his stars who have arrived in Capri to shoot Le Mépris, in the spectacular setting of the Villa Malaparte.]⁣

At the same time, the Cinémathèque is continuing its remote offerings. The “Henri” video-on-demand platform is currently making available a restored version of France’s very first Western. Haceldama was directed by Julien Duvivier in 1919. It was Duvivier’s first feature, and starred the actor known as Séverin-Mars, best known for his performances in the films of Abel Gance, the great director of the silent era.

The Cinémathèque‘s on-line bookstore is taking orders for Cinema Makers by Mikael Arnal and Agnes Salson. The book (in French) is an exploration of how independent cinemas in 13 countries are inventing new social and creative spaces, in addition to screening movies. Its music podcast is currently featuring soundtracks from New Wave movies. The “Nouvelle Vague Playlist” includes music from Elevator to the Gallows, Contempt, L’Eau à la Bouche, and other films, by artists from Miles Davis to Serge Gainsbourg. Finally, a video interview of the venerable actor Pierre Richard, a French film icon since the 1950s, can be accessed on the Cinémathèque website. In an amusing gimmick, Richard chooses anecdotes and memories to recount by way of words randomly chosen in a crossword puzzle.