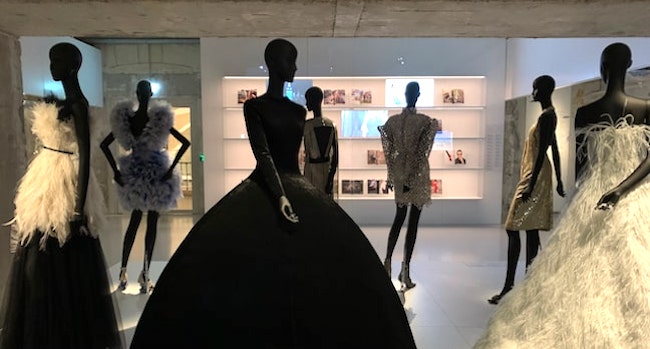 At first sight, it would not seem an obvious choice for MAD Paris (formerly known as Musée des Arts Décoratifs) to celebrate the opening of its recently refurbished fashion galleries with an exhibition dedicated to Harper’s Bazaar, an American fashion monthly magazine.

And yet, once you explore the show, you will see that it is totally befitting, as Harper’s Bazar (as it was called until 1930) has always been a very Francophile magazine, heir to the fashion gazettes printed in France since the 18th century. These French periodicals, published weekly and circulating as far away as Russia, would be the reference on the newest fashions, for both women and men. 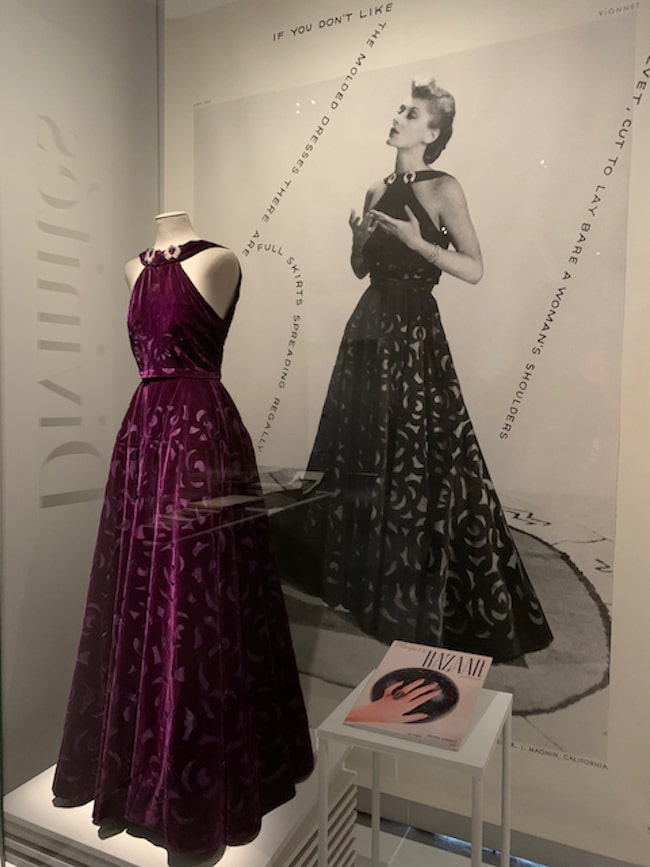 Harper’s, founded in 1867 in New York City by the Harper brothers, at its inception copied the format of a German weekly, Der Bazar, often times using the same plates but accompanying them with original content, more suitable for the American taste. French design, however, was ubiquitous, as then– even more than now– Paris was where fashion was made.

The exhibition follows a chronological order, with different sections retracing the history of the talented editors and artistic directors who shaped the unique style of the publication, a mix of fashion and literature and art.

This innovative choice of blending light hearted topics with more intellectual pursuits was the brainchild of the magazine’s first editor, Mary Louise Booth, a journalist, art historian and passionate Francophile. She was ahead of her time, siding in favor of universal suffrage and of abolitionism, not afraid to make her progressive social views known through the pages of the publication. It was a successful bet, as 80,000 copies of the first edition, featuring French styles prominently but also short stories written by the likes of Charles Dickens, were printed in less than a month. 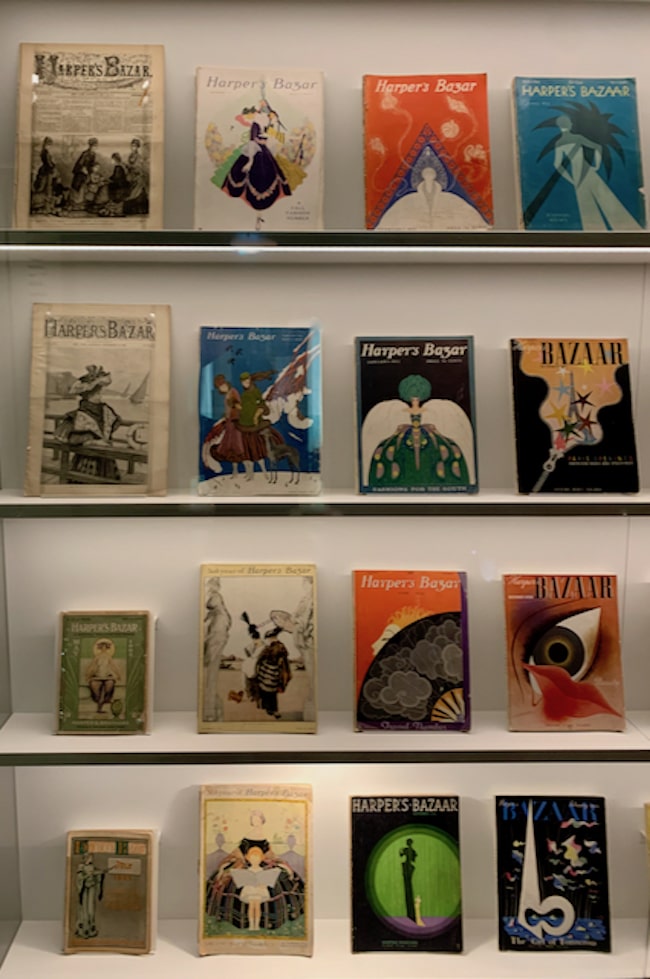 Matching the quality of its literary content, the art direction of the magazine was at the forefront of contemporary aesthetic. Booth and her successors used the best graphic designers of the time, many of them French but also British and German, significantly contributing to the diffusion in the U.S. of the Pre-Raphaelite taste initially and, later, of Art Nouveau.

Appearing in a new monthly format from 1901, the publication was purchased by print magnate Randolph Hearst in 1913. Hearst embraced the artistic legacy of the magazine by hiring Russian-born French illustrator Romain de Tirtoff (aka Erté) as editor. While Erté’s orientalist drawings kept gracing the covers, as of the early 1920s photography was used to illustrate the fashion features inside.

Succeeding Erté in 1933, Carmel Snow brought a fresh impetus. Her target audience consisted of “well dressed women with well dressed minds”. A fluent French speaker, Paris held a special place in her heart, and she worked closely with the creative set of the Paris avant-garde, like Elsa Schiaparelli and Salvador Dalí. Snow carried forward the literary tradition of the magazine, while embracing the surrealist aesthetic. In 1937 she tasked Man Ray with producing the first ever photographic cover for Harper’s.

Possessing a true flair for finding new talents, she picked another Russian émigré and Francophile, Alexey Brodovitch, as her art director. Their partnership would last more than 20 years. Over that time span, the visual and journalistic content of the magazine would garner a unique identity. Together, they discovered Richard Avedon (hired only after 14 canceled interviews) and Diana Vreeland, who was named fashion editor in 1939 and left the publication in 1962 to become an editor at arch-rival Vogue magazine. 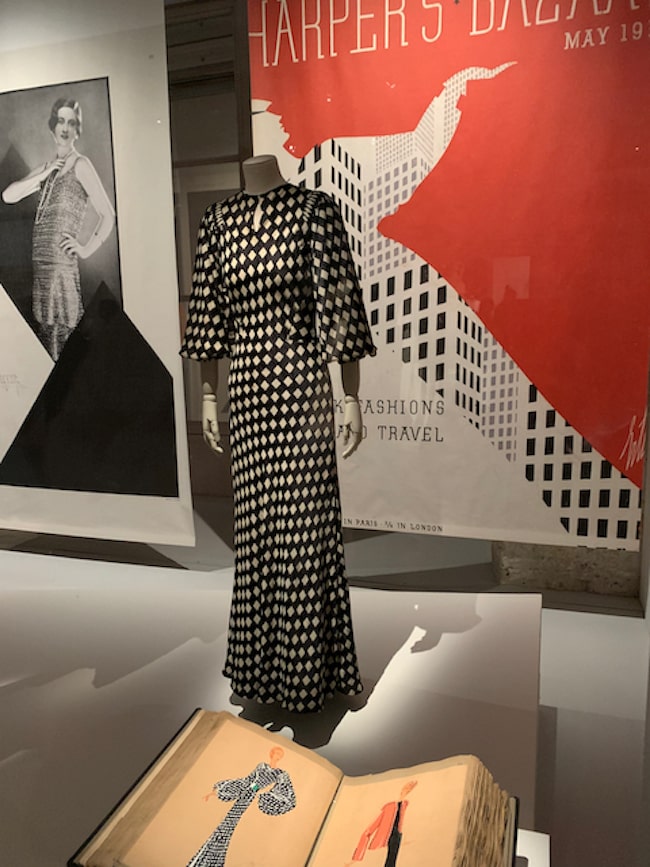 From the 1960s onwards Harper’s underwent a change in its focus, in synch with its time: celebrities started gracing its covers, their personality and fame almost taking precedence over their outfits. To this day, actresses, singers, athletes and even politicians are portrayed as both unattainable, thanks to the couture gowns and priceless jewelry they are wearing, and relatable, with photographs that are never moody but always joyful.

Throughout the exhibition, French designers (Worth, Schiaparelli, Lanvin, Balenciaga, Dior) steal the show, with priceless outfits from the museum’s fashion archives restored to their former glory, the opulence of the clothes on display really popping out against the pared down background of the galleries.

It is easy to understand why MAD Paris would choose this show to mark its milestone: like this museum, one of my favorites in the city, Harper’s Bazaar has always been a hymn to creativity, with fashion, art, design and literature as essential to its identity as they are to that of MAD Paris.

Previous Article Summer 2020 Restaurant News from Paris
Next Article Confinement Comes Up and the Lights Go Down: The Cinémathèque Reopens!