From Jamaica to Paris, Writing All the Way 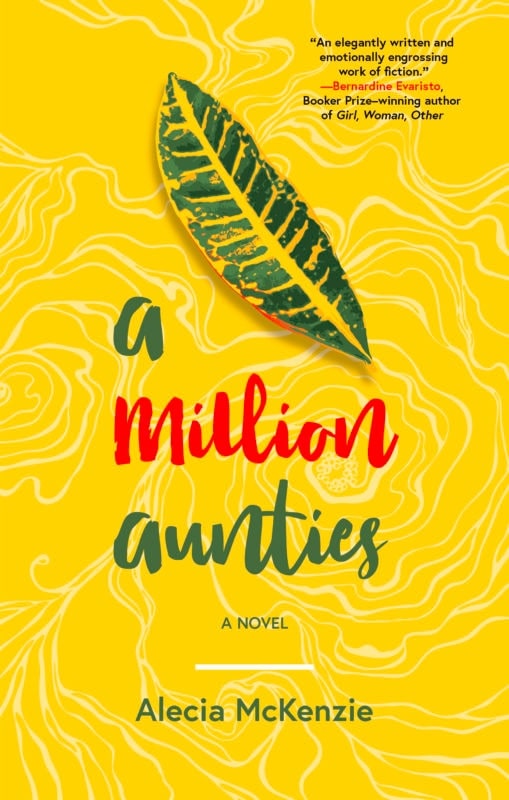 Alecia McKenzie is an instructor at the Paris Writers Workshop, taking place this weekend in the City of Light. She will be speaking on Settings Across Cultures in Fiction on June 25 at 4 pm. On-line registration at www.wice-paris.org

Alecia McKenzie is a Jamaican writer-journalist-artist who lives in Paris. Her work has won Commonwealth and French prizes, and now her sixth book (and second novel) is garnering international acclaim. A Million Aunties was released simultaneously in Kingston and New York by independent publishers Blue Banyan Books and Akashic Books, and it has garnered glowing reviews from the New York Times and Publishers Weekly, among others. She speaks to Bonjour Paris about being a Jamaican writer based in Europe.

McKenzie said that her first independent trip away from home was to attend college in the U.S., and it’s been back and forth since then. After living in Brussels and London as well, and spending several years in Singapore, she and her family moved to France, but she declines to describe herself as an expatriate.

“I don’t feel I’ve left Jamaica as I’m still very connected in numerous ways, even if I’m physically living elsewhere at the moment. We have a small but very engaged Jamaican community in France, and we integrate Jamaican culture in our ‘French’ lives.”

When asked about the positives and negatives of living and writing in Paris, McKenzie said that it can be challenging to make a living through writing as the French capital is one of the most expensive cities in the world. She said it can also prove difficult to stay focused because of the numerous cultural happenings (pre-pandemic).

“You have to stop yourself from wishing to see or attend everything that interests you and try to find quiet time. But living in a culturally rich place is definitely a positive.”

Asked if she considered herself a Parisian or European, her answer was categorical.

‘Sweetheart – A Novel’ by Alecia McKenzie

Most of A Million Aunties takes place in a vividly described Jamaica, but the closing scenes take place in Paris. Some parts are also set in the U.S. Did that present a particular challenge?

“Not really,” she answered. ‘I attended university and grad school in the States, worked there and have family there, so it’s a part of my life journey.”

Her first novel, Sweetheart, which won the Prix Carbet des lycéens in translation, was about an artist who finds her destiny in the U.S. Could A Million Aunties be considered a sequel?

“Well, there are certain links, as both novels form part of a loose trilogy – about art, family, community, loss and healing – but each is also a completely separate story.”

McKenzie writes with authority about the world of art. She herself is a painter, who has done the cover art for some of her books, and her work has been exhibited in various cities. She explained that art is not just her own personal passion but also very much a part of her family’s life.

“It has been there since childhood. We have paintings from other family members, and from friends too. I see it as therapeutic, among other things.”

She often speaks to groups of students who are interested in languages and the arts. She recently spoke at a Zoom event to Jamaican high school students. I asked what advice she would give them about leaving home and settling in different places.

“I don’t think one necessarily has to leave home permanently, but travelling can be enriching,” she responded. “If young people are interested in Paris or other cities, and if they want to enter the arts sector – challenging as that can be – I would advise them to try to follow their dreams. That may all sound like a cliché, but it’s the only advice I can give.”

A Million Aunties has a good-hearted quality, but is set against a background of past violence. Despite achieving this balance in her fiction, she said it’s a constant struggle to not feel pessimistic about violence, especially gender-based violence.

“The world has seen how this has increased during the pandemic with confinement – pretty much everywhere. It’s extremely troubling.”

Regarding what she set out to accomplish with her latest novel, McKenzie said that she doesn’t start writing with any particular mission or goal.

“The characters present themselves and then do what they wish! Afterwards I revise and rewrite for coherence, and I listen to family members who see the first draft and to my editor / publisher if the suggested changes lead to a better story.”

As we’ve all gone through a very particular year and a half, I asked how the pandemic has impacted her writing.

“I think it’s been hard on everyone, and particularly on those who have suffered losses. On a personal level, I don’t think I’m alone in having been too worried and distracted to produce much, but I did write some poems and stories.”

So, what’s next with her writing? Instead of new beginnings, the accent seems to be on continuity — getting through the current situation and maintaining writing sanity.

“I’m trying to revise a play I thought was finished a couple of years ago, and also continuing with poetry,” she said.

And the third installment of her trilogy? Well, that’s still in her head.

Previous Article Everything to Know About the Tour de France 2021
Next Article Letter from Paris: June 23, 2021 News Digest