Day Trip: The King’s World in Marly-le-Roi and Louveciennes 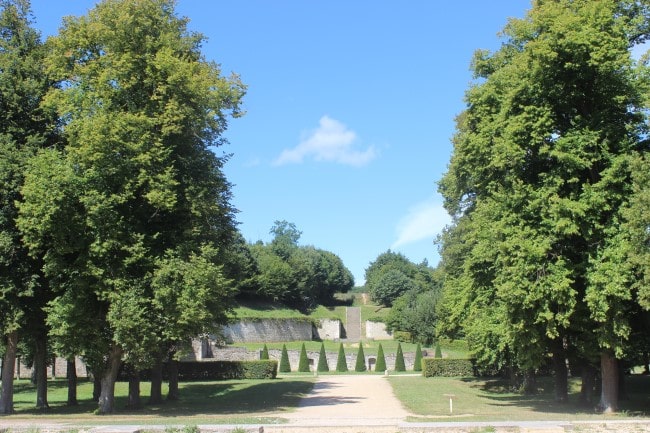 Just outside Paris is a world of discovery. In a new series of articles, we take a look at the vast alluring treasures to explore right on the capital’s doorstep. With a quick and efficient public transportation system, you can hop on a train and step off in the countryside… in a matter of minutes.

Marly-le-Roi owes its fame to Louis XIV who built his country residence there. In the 19th century, artists came here to seek calm and inspiration. Today, the village and its picturesque streets continue to charm the visitor. The Tourist Office offers a walking tour to discover the historic center. If you are a family, a booklet with a special route for children is also available.

Louveciennes has preserved the alluring charm of a village nestled around its bell tower. Not less than seven castles bear witness to its rich historical past, including that of the Countess of Barry, favorite mistress of Louis XV. You will be seduced by the authenticity of its landscapes that inspired the Impressionist painters.

The museum of the Royal Estate of Marly. (C) Musee domaine

The museum of the royal estate

Like Louis XIV’s guests, pronounce this little phrase and discover the “other palace” of Louis XIV, now disappeared, a sumptuous and intimate place where the king came to entertain himself with a few privileged courtiers. Built in 1679, the Château de Marly was a residence of pleasure where Louis XIV came to retire far from the tumult of the Court of Versailles. The palace, whose architecture resembles a theater set, and the marvelous machine of Marly, an engineering triumph which supplies water to the garden, are admired throughout Europe.

The museum of the Royal Estate of Marly is a key complement to the discovery of Versailles and the world of Louis XIV.

The park of Marly

To complete the visit of the museum, a discovery of the park is essential. Created by Jules Hardouin-Mansart for Louis XIV, the royal estate has preserved a beautiful look. With its perspectives, ponds, statues and watering hole decorated with the famous equestrian statues “the horses of Marly”, sculpted by Guillaume Coustou, the whole ensemble exudes an impressive display of power.

The Castle of Monte Cristo

After the success of The Three Musketeers and The Count of Monte Cristo, Alexandre Dumas bought land in Port-Marly to build a Renaissance-style castle. This architectural jewel is nestled in a green setting with grottoes, rock gardens and ponds. A stroll through the magnificent grounds and a visit to the castle will allow you to discover the writer’s world through a collection of engravings, paintings and reproductions. Discover Dumas, a rare man with multiple facets, whose life is a novel…

The path of the Impressionists

The four great Impressionist painters – Monet, Pissarro, Sisley and Renoir – illustrated Louveciennes through numerous paintings. From these two towns, you can follow the Impressionists’ path, discovering copies of works located at the very place where the painters put their easels.

Formerly the hunting grounds of the kings of France, the forest of Marly covers nearly 2,000 hectares. Today, the forest is managed and developed by the National Forests Office. Its numerous trails and hilly terrain offer a variety of activities: hiking trails, bridle paths, and forest roads closed to traffic, picnic areas…

A map of the forest and topo-guides are available and sold at the Tourist Office to guide you in your discovery of the forest.

The Impressionist trail in Louveciennes. (C)

Lovers of exotic or traditional cuisine will find what they are looking for in one of the many restaurants in Marly-le-Roi and Louveciennes. The village of Marly also has a Michelin starred restaurant called Le Village. Chef Tomohiro Uido offers refined cuisine where the art of French cooking is mixed with Japanese flavors. Families will enjoy themselves in one of the tearooms: Le Cottage with its British decoration and l’Auberge du Vieux-Marly, a real institution in Marly since the kitchen skills has been passed on from generation to generation…

To spend the weekend there, several accommodations are possible. The hotel Le Parc located in the village or the lodging Les deux Portes in Louveciennes are among the addresses that shouldn’t be missed. The full list can be found here.

How to get there

Previous Article The Lost Palace of the Tuileries
Next Article Tennis and Tropics: Roland Garros and the Auteuil Greenhouses