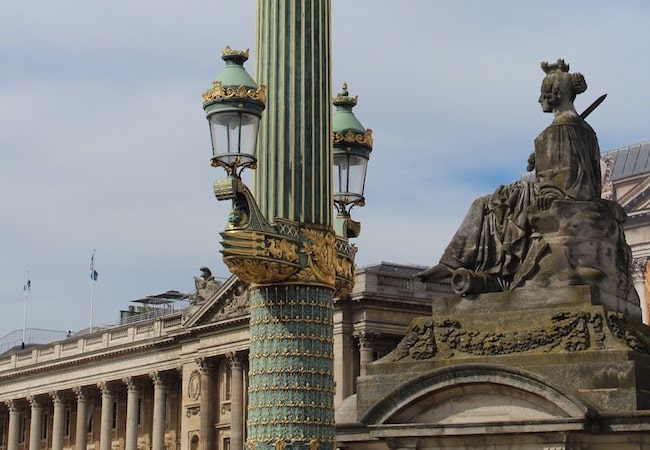 Street lights in French are called réverbères, for reflectors. I always wondered why, as the beautiful lamp posts that adorn the Paris city center look very stylish but not reflective at all. I decided to find an answer.

Unsurprisingly, it involves once again Louis XIV, to whom we seem to be owing so many of the innovations quintessential to Paris as we know it.

The Sun King distrusted Paris and its inhabitants, hunted as he was all his life by memories of the Fronde, a failed coup set up by Parisian nobles and magistrates when he was still a child and his mother was Regent. Despite his feelings, he realized fairly quickly after his accession to the throne that a thriving capital was not only financially judicious for his coffers, but also a solid way to underpin his political clout, both domestically and internationally. 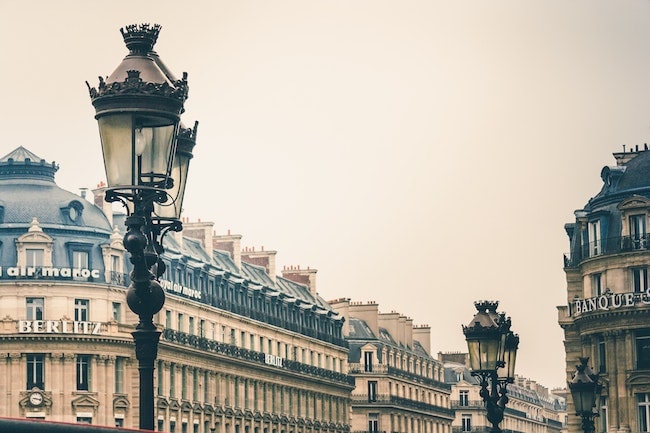 That is why, from the confines of the Palace of Versailles, he embarked on an extensive program of public works to improve the city: Streets, until then made of dirt and turning into rivers of mud as soon it rained, were paved in cobblestones; shop signs, previously unregulated and chaotic, became standardized and unobtrusive; and, most important of all, streets got lit up after sundown.

Suddenly, Paris was a cleaner, safer city, day and night, the envy of all Europe: Nightlife was born.

The technology for public lighting evolved over time. As a start, itinerant torchbearers roamed the streets at the heart of the capital. It soon became apparent that portable illumination was not very efficient. Lanterns with candles were subsequently fixed to the sides of buildings at each crossing. They would be lowered and lit at sundown, raised back up for the night and then lowered and snuffed out in the morning, thanks to a complicated system of pulleys. While the practice made the city literally sparkle, it was extremely costly, as outsized candles were needed at each location to cover the night hours, and relied too much on the goodwill of the inhabitants, tasked with keeping the glass of the lanterns clean and the candles burning. 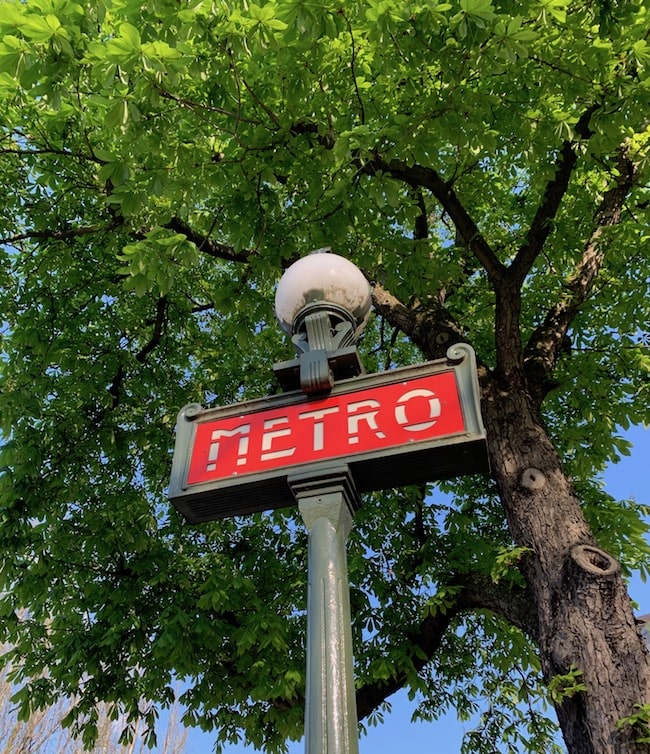 It would take several years, and the reign of Louis XV, before proper réverbères were installed. They consisted of oil lamps with reflective metal plates on the sides, and remained virtually unchanged until the 19th century, with gas lighting introduced in 1818 and electricity in 1878. Besides the technological innovation, an aesthetic one took place under Baron Haussmann, when Napoleon III’s city planner decided that a cohesive look for street furniture would accompany his urban upheaval.

The Haussmannian look for street lamps is still the one most commonly found today, but thankfully not all the lights in the city are the same. From the romantic, four-armed one adorning the middle of Place Furstenberg, to the fishes gracing the bases of those on Pont Neuf, by way of the golden ships on the Place de la Concorde and the more recent, organic lines of Hector Guimard’s Art Nouveau metro lights, there seems to be an endless variety of ways to light up Parisian nights.

If I had to choose one favorite style, I would probably go for one of the musically inspired components of the ‘light belt’, the ensemble of lamp posts surrounding Palais Garnier, recently restored via a crowd funding scheme.

And you, what is your favorite Parisian streetlight? 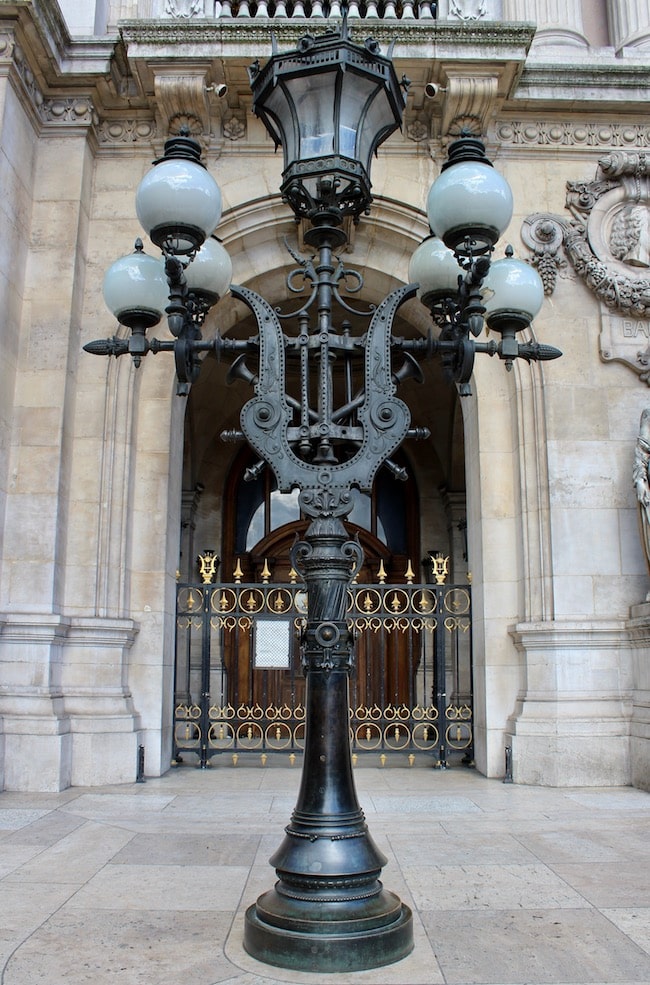