Musée Carnavalet Got a Gorgeous Facelift 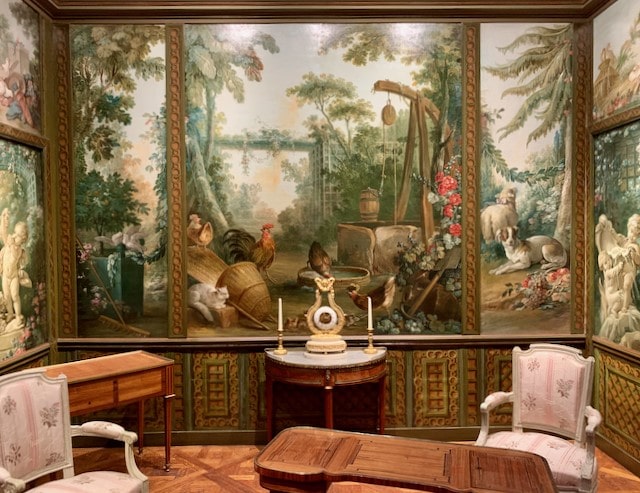 More than four years of work were necessary to revamp the Musée Carnavalet, dedicated to the history of Paris. The result proves that it was worth waiting, since what used to be a slightly faded, very traditional museum has now become a welcoming institution, fully adapted to the less-abled visitors, while still offering the most complete overview on how Paris has evolved across the centuries.

The museum was born out of one of the greatest urban destruction programs ever planned. Baron Haussmann, at the time prefect of the Seine (a position equivalent to today’s title of mayor), feeling guilty about razing entire areas of the city to transform it into the beacon of modernity Napoleon III wanted, decided to grant the use of the Hôtel des Ligneris, a 16th-century mansion recently acquired by the municipality, to house a museum celebrating the history of the Ville Lumière.

The mansion had a storied past. Together with parts of the Louvre, it was the only example of a Renaissance palace still intact, plus it had also housed illustrious residents like Madame de Sévigné, one of the most wittily acerbic writers of the 17th century.

The brief for the new museum was simple: to illustrate how the city had evolved and grown over time, thanks to the display of objects and works of art associated with its history. No reproductions here, but real vestiges of the past, saved from destruction by scholars and ordinary people alike, sharing a common passion for Paris. It was a labor of love that mushroomed into a collection so large that, in 1989, the institution annexed a neighboring building, the Hôtel Le Peletier de Saint-Fargeau, a 17th-century mansion famed for its orangery.

Today the new displays are articulated chronologically. Starting from the basement, where the pre-historic origins of the city are traced, the visitor discovers how the Romans shaped the development of Lutetia after defeating the Gaulish tribe of the Parisiis. Making one’s way upstairs, traveling through the Middle Ages, and all the way to the 16th century, the museum comes to life.

Because it is from this period onwards that we are afforded a glimpse of how people really lived, with period room after period room. Certainly, the view is slightly biased: most of what was salvaged belonged to the wealthy and the famous (like Madame de Sévigné’s writing desk or Marcel Proust’s bedroom), but there are also mementos of the life of commoners, like the collection of shop signs that greets the visitors as they enter. It is a priceless heritage and one that can inspire not only foreign visitors but also the locals.

The renovation has involved not only the architecture but also all of the 3,800 objects, works of art and decor on display. Gone are the dark, dusty vitrines, so reminiscent of the 19th century; in are white walls and LED lights. Much has been written in the French press about swapping Roman numerals in the exhibition labels, to make them more accessible to a general public unfamiliar with them (think of the Sun King as Louis 14 instead of Louis XIV). In reality, these simplified explanations sit side by side with traditional in-depth descriptions (in French, English and Spanish), preserving the sensitivities of the more assured museum-goers.

The overall experience is positive if slightly tiring. To explore the whole museum in detail, one needs to have at least three hours to spare, because the information on offer is plethoric. But keep in mind that Carnavalet is part of the Paris Museums network, where access to the permanent collections is free of charge, so it would be very easy to pop in and out for a shorter tour, and go back for the rest some other time. On the day of my visit, with so few tourists around, the only language I hear is French, but I am sure that, when travel fully resumes, Carnavalet will draw large foreign crowds too, because it is the best place to learn how Paris came to be the City of Light that we know and love.

Previous Article Hotel Paradiso: How to See Your Film … and Live in it Too!
Next Article Spring 2022 Menswear Dazzles at Latest Paris Fashion Week