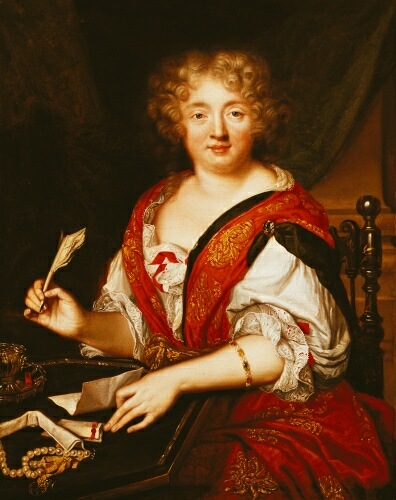 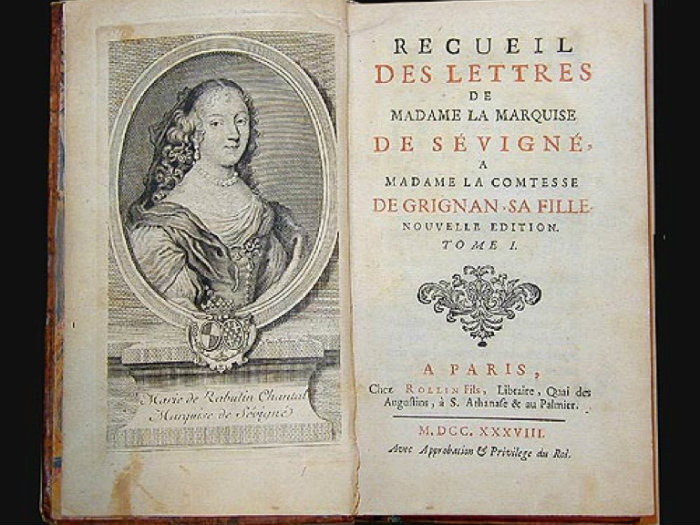 During the 17th century there were no phones, certainly no email, and the postal services were no faster than a horse. The equivalent of Facebook at this time, and for centuries to come, was letter writing. The legacy of carefully constructed letters, frequently beautifully handwritten on sturdy stationery with pen and ink, is a moment of time preserved for the future. They can be a window into life as it was at the time of writing.

Marie de Rabutin-Chantal, the Marquise de Sévigné was a French aristocrat who lived during the reign of Louis XIV. During her time Marie was considered the most beautiful woman in Paris. Her husband was killed in a duel when she was just 25 and she spent the rest of her life as a widow. But she was never lonely, devoting herself to her two small children. When Françoise married at age 23 and moved to Provence, her mother sent letters two, sometimes three times each week, beginning a correspondence that lasted for 27 years.

Madame de Sévigné had received a solid classical education, studying several languages. She was an avid reader and already a prolific letter writer. The Marquise was extremely well connected so she had all fingers on the pulse of life in Paris, making her a popular and regular participant in the literary salons.

As with FaceBook, Madame de Sévigné’s letters were copied and shared with her circle of friends. This was not unusual in the salons of this time and because her letters were so eloquent, she enjoyed the equivalent of a massive number of “likes”. Her letters became preferred reading in the salons. Madame’s correspondence to family and friends survived and now they give us a vibrant, real-life record of that time in history. Her expressive letters are full of sass and scandal but they are also sprinkled with introspection and the love she had for her two children. 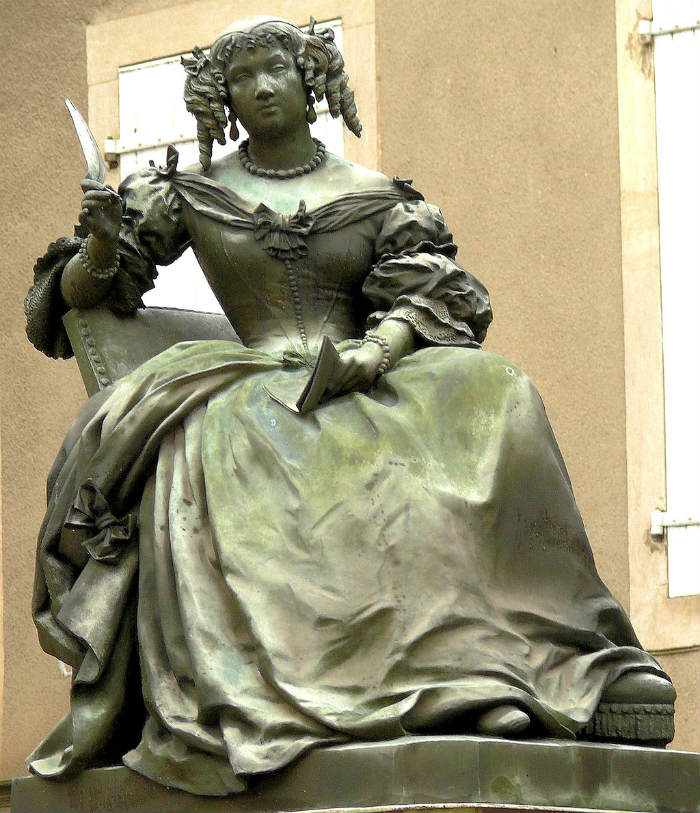 A statue of Madame de Sévigné in Grignan /by MOSSOT-Wikipedia

“Mme de Brinvilliers is not as happy as I am, she is in prison. She is managing pretty well. Yesterday she asked if she could play piquet because she was bored. Her confession has been found. She tells us that at seven she was no longer a virgin, that she went on in the same way, that she had poisoned her father, her brothers, one of her own children and herself, but this was only in order to try out an antidote. Medea had not done as much. She admitted that this confession was in her own hand (a very silly thing to do), but says she was in a high fever when she wrote it, that it was an act of lunacy, an extravagance that could not be taken seriously.”

During the final two decades of her life, Madame de Sévigné lived for some of the time in Hôtel Carnavalet. This stunning mansion in the Marais is now half of Musée Carnavalet, which is devoted to the history of the city– from the 3rd century BC Parisii village of Lutetia to 21st century Paris. Entering the museum is like trespassing on a film set. This really is remembrance of times past, in three dimensions. As you move from room to room you also move from time to another time. The opulence is luscious; the details extraordinary. 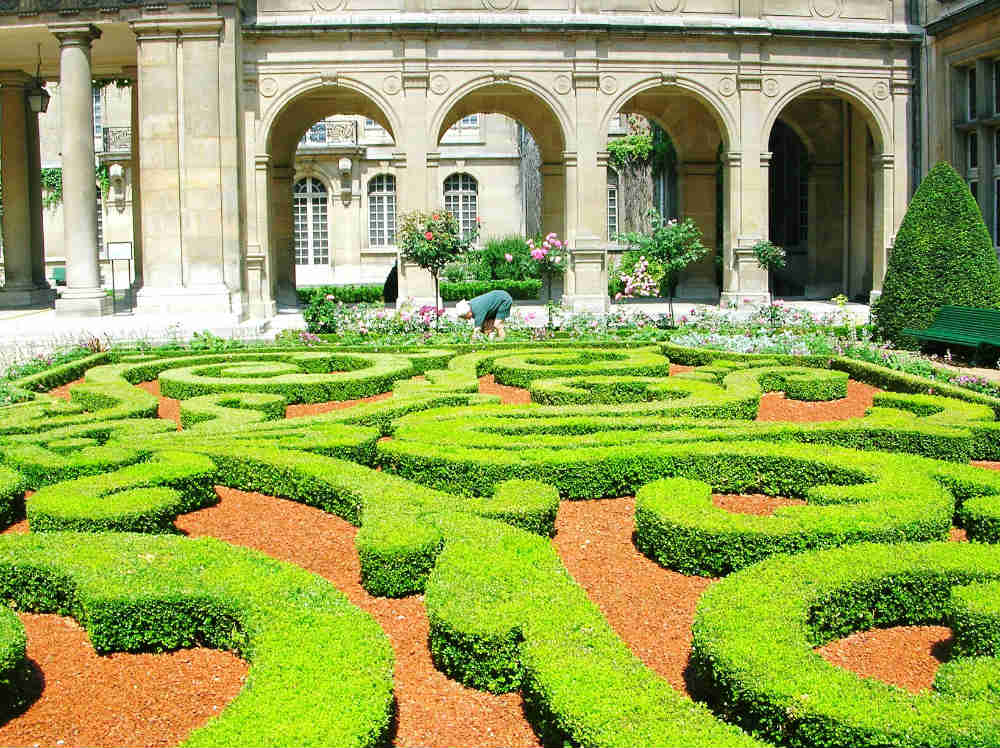 The Carnavalet museum by Gai Reid

The woman who is now regarded one of the great icons of French literature, once walked through the rooms of this mansion, sat at her secretaire and chose carefully the words that have given us such insight into her world. Several portraits of Madame and many of her belongings live on at Musée Carnavalet.

A portrait at the Carnavalet Museum, courtesy of Carnavalet

Lead photo credit : A portrait at the Carnavalet Museum

Previous Article Parisienne Beauty: The Best Products in Paris (& Where to Find Them)
Next Article Bird’s Eye Views of Paris from the Eiffel Tower’s New Summer Terrace

Gai Reid is a story teller. It began with graphic design, which evolved into writing and producing documentaries for Australian television. Her first visit to Paris on New Year’s Eve 1999 pulled focus on what really filled her with sunshine. France is where her heart believes she belongs. Writing about France, creating a mini-movie on the page, is now what keeps her invigorated until she can board another flight into Charles de Gaulle Paris to collect more stories.