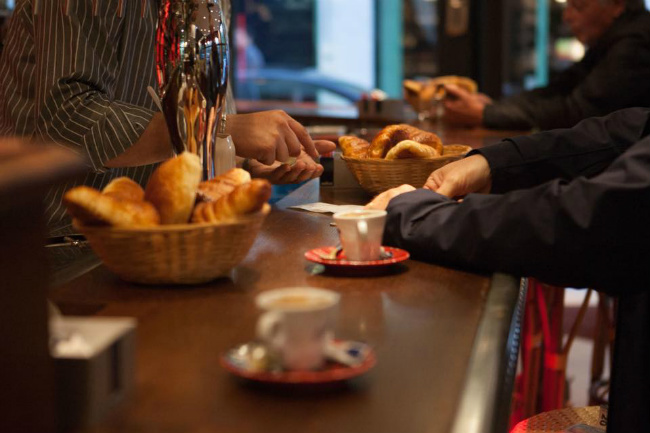 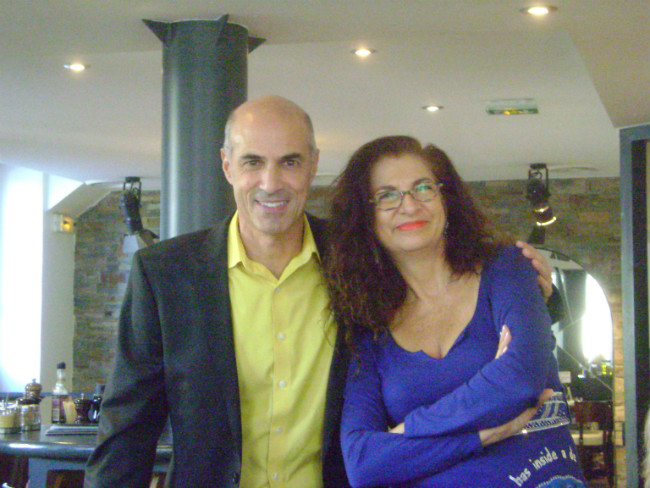 As Adrian Leeds began to become known as “the Julia Child of French real estate” and her thrice-weekly posts became increasingly popular, the number of people who wanted to “have a coffee” with her when they were in Paris increased as well. “I would have loved to have coffee with all these people, why wouldn’t I?” she says. “But if I did that with everyone who asked, I would never get any work done.”

And that is how her Après Midi gatherings began, in a neighborhood café near her home in the Marais. Since 2002, on the second Tuesday of every month (except August), Adrian has invited fans, friends, and friendly strangers to join her for an afternoon of meeting other Anglophones—American, British, French, or from anywhere else—for networking and—since 2013—listening to an invited speaker drawn from her vast network of friends and acquaintances.

A broad variety of topics are covered, from cooking to lingerie to the role of African-American soldiers in World War II, and many other things as well.

Après Midi is a great way for newly transplanted Americans to find new friends in Paris; for French people interested in improving their English to do so; and for anyone who is passing through Paris to get a taste of life among the expatriate American-in-Paris crowd, and learn about a variety of interesting topics. 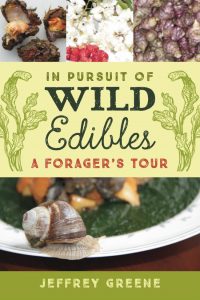 “In Pursuit of Wild Edibles, A Forager’s Tour” by Jeffrey Greene

I go to Après Midi whenever I am in town, whether I think the topic of the day will be of interest to me or not, because you always meet interesting and fun people there. (And usually, even with topics I didn’t think I’d find particularly interesting, I was wrong.) Après Midi is where I first met Jeffrey Greene, author of one of my absolutely favorite books about France, French Spirits, and a number of other wonderful books as well, including The Golden-Bristled Boar: Last Ferocious Beast of the Forest. It is where I met an American couple passing through Paris who told me about their experience attending the annual Fourth of July celebration at Picpus Cemetery, where Lafayette is buried. It is where I have had the opportunity to tell people about my favorite part of France, l’Aube en Champagne, and the writing workshops I hold there in Essoyes, the little village that was the beloved summer home of the Renoir family.

And it is where, on a recent Tuesday afternoon, I listened, along with a packed house of other attendees, to Gary Lee Kraut, writer, editor of France Revisited, and tour guide, talk about “Travel Therapy and Travel Rewards Beyond the Clichés.”

The gatherings are casual and impromptu—there is no need to reserve, no charge for the event, and only a minimum purchase, which can be as simple as a cup of coffee or a glass of wine, is required. You also have to agree to allow your picture to be taken, and, as Adrian pleads each time, to “please remember to pay for your drink before leaving” so she doesn’t get stuck with the bill.

It’s definitely something that should be on your list of things to do if you will be in Paris on the right Tuesday. Coming up next: On November 8 poet/storyteller James Navé will lead a “Story Slam” inviting those who would like to tell a five-minute story from their own lives. And on December 13 Lisa Anselmo will talk about her new book My (Part-Time) Paris Life.

Après Midi is held from 3-5 p.m. the second Tuesday of every month (except August) upstairs at the Café de la Mairie, at the corner of rue de Bretagne and rue des Archives (51 rue de Bretagne).