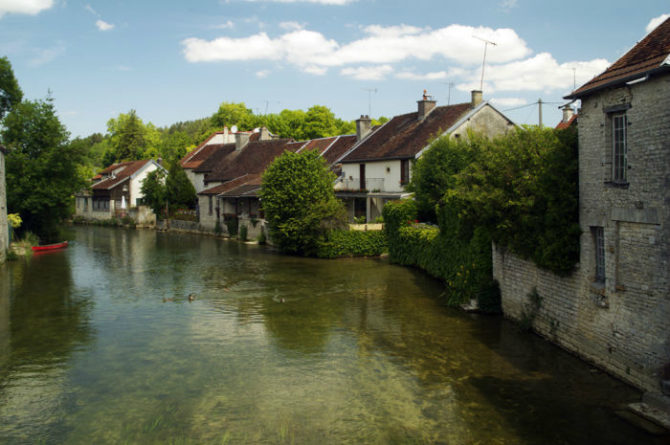 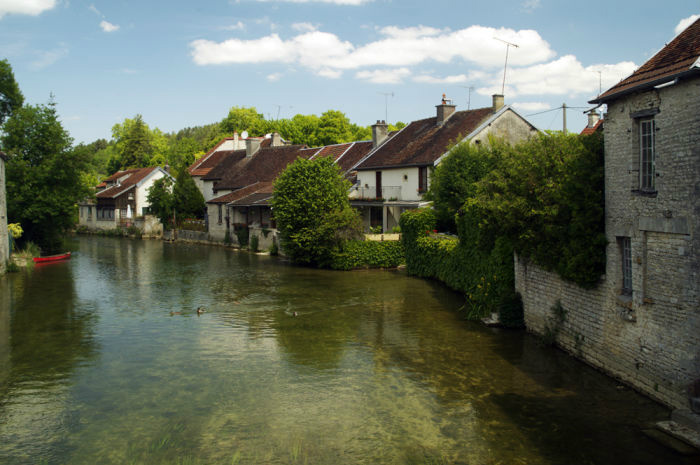 Just two and a half hours away from Paris, in the southernmost part of the Champagne region, is a village named Essoyes (ESS-wah) that was for many years the summer home of Pierre-Auguste Renoir and his family. A visit to this charming little village makes a great day (or weekend) trip from Paris, and offers an adventure into an entirely different world.

Though Essoyes is in many ways a quiet and unpretentious little French village, the townspeople are proud of their Renoir legacy. At the Centre Renoir you can learn the story of the Renoir family in Essoyes. Visit the painter’s studio, and stroll from there to the village cemetery, where the graves of the Renoir family are situated amidst the graves of their fellow Essoyens. A temporary exhibition in the Centre Renoir (there through the end of August) explores the connection between the paintings of Renoir and the area’s other main source of pride: champagne. 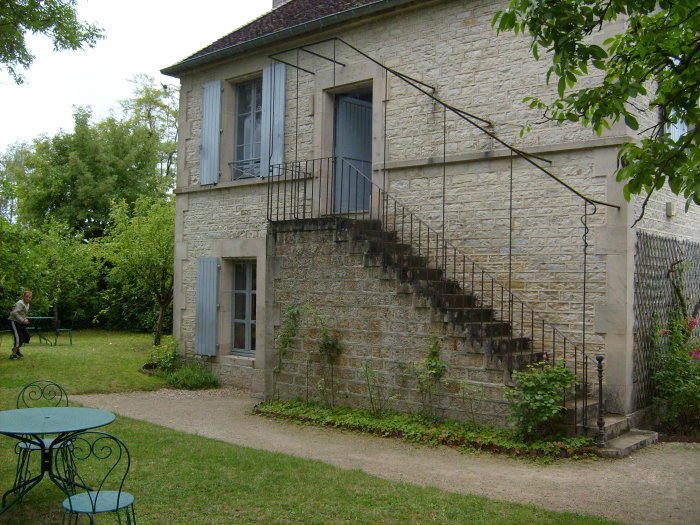 Summer is a particularly good time to visit Essoyes: on July 25 and 26 the annual chevalets d’Essoyes will feature artists and artisans showing their work in the courtyards and other public and private spaces around the town, along with other festive activities. I highly recommend a visit to the Atelier du 11, where local artists Anne Fierobe and Denis Herbillon have established a “museum of living artists,” in which they display (and of course sell) their work, which draws on and responds to local history and culture in a most interesting way. From August 1-September 2, Texas-born artist Andy Feehan, who moved with his family to nearby Mussy-sur-Seine in 2005, will be showing his work at the Atelier Galerie du 2, rue du Four. And through August 31, Bernard Pharisien, a Renoir scholar, will be giving free walking tours (in French) four days a week (Saturday, Sunday, Monday, Tuesday), educating visitors about the Renoir family as well as other local history. 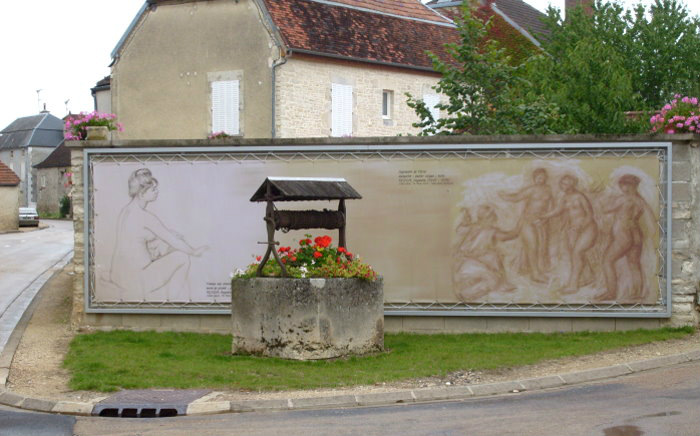 Renoir painting reproduced on a wall in Essoyes/ Janet Hulstrand

While most people think of the area around Reims and Epernay when they think of champagne, l’Aube (the département in which Essoyes is located) is home to an abundance of small, family-run and cooperative maisons de champagne where excellent artisanale champagnes that are not that easy to find anywhere except in l’Aube can be discovered. Each year la route du Champagne en fête celebrates local viticulture, with the venue moving from village to village from year to year: this year the fête takes place August 1-2 in beautiful Les Riceys. 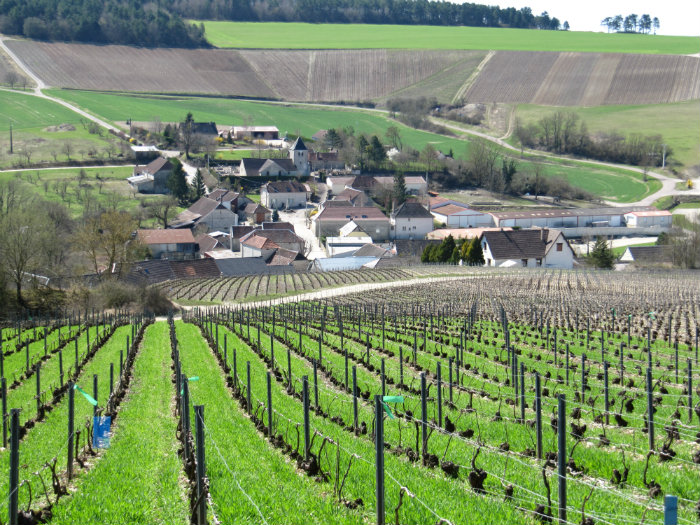 For those interested in the history of the French Resistance, the village of Mussy-sur-Seine has a small museum (open by appointment only), dedicated to preserving and telling the story of the Maquis Montcalm, a 1200-man unit that set up camp in the forest between Mussy and Grancey-sur-Ource in the summer of 1944. Unfortunately, they were denounced and forced to retreat and disband on August 2, which interrupted but did not entirely destroy their plan to aid the advancing Allied forces in the liberation of the region. Each year on August 2 a guided randonée through the forest honors the memory of their heroic effort. The event is sponsored by the Mussy Office de Tourisme, and advance reservations are required: more information here. 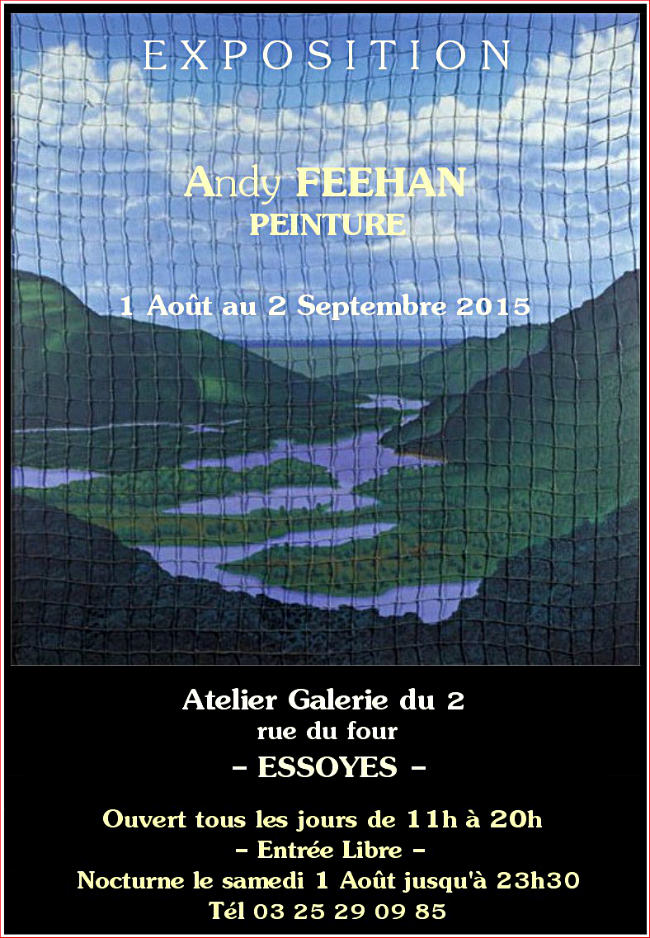 Previous Article Go Green in Paris: 100% Veggie Dinners at the Shangri-La Hotel
Next Article What You Never Knew About Notre Dame Cathedral