Cabaret: The Inside Story at the World-Famous Lido de Paris 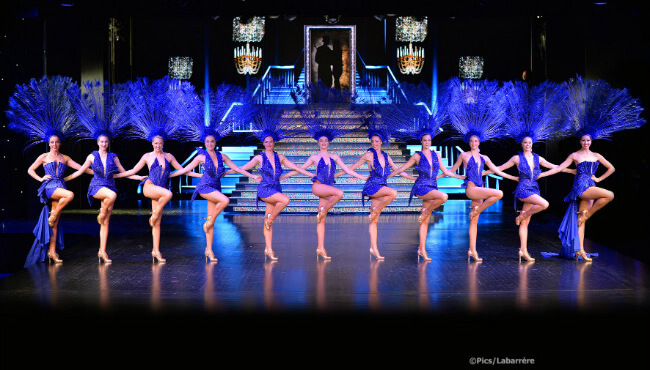 Let’s take a glimpse behind the scenes at Lido de Paris to revisit misconceptions about one of the city’s earliest art forms – the cabaret.

After the Second World War, a location that started out providing free underground swimming baths to impoverished Parisians transformed into a glamorous cabaret renowned the world over. Le Lido employed creatives such as artistic director Franco Dragone, also known for his work on Cirque de Soleil, and costume stylist Nicolas Vaudet, who can boast collaborations with Jean Paul Gaultier, Christian Lacroix and Louis Vuitton. Plus celebrity guests over the year have included Edith Piaf, Marlene Dietrich, Laurel and Hardy, Liza Minelli and even Elton John. 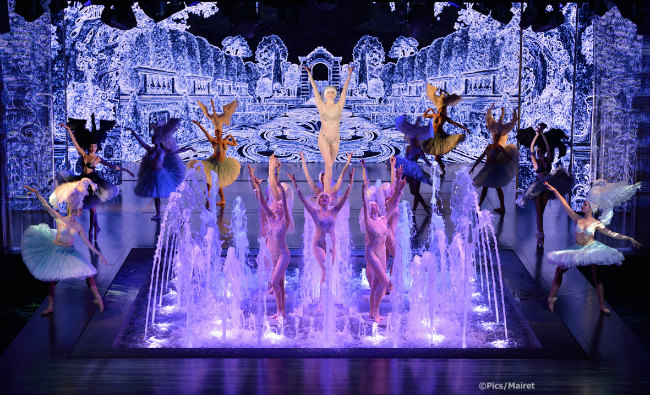 Yet in spite of all these prestigious credentials, some would still hesitate to visit le Lido, automatically building a stereotype for it as a sexist gentlemen’s show. Let’s separate the myths and legends from the reality and find out exactly what the ingredients are for the Champs-Élysées’ most prominent performance.

The show is snubbed by some as “glorified striptease.” However anyone who confuses the two will instantly be relieved of this illusion after a night at le Lido. Sure, there are sexy moments, but unless a strip-show in your town comprises of trapeze artistry and astonishingly intricate aerial acrobatics, then the two experiences are probably incomparable. Plus the average stripper’s repertoire is unlikely to include decades of experience in classical dance, or the ability to do the splits in mid-air while suspended upside down from a rapidly spinning cage, either.

That is not to say that sexuality shouldn’t have a place in performance, but rather that, in the case of le Lido, sex appeal does not supplant talent. Visitors should have no qualms about bringing their children either, as this comfortably qualifies as ‘wholesome’ family entertainment. The show is no more salacious or offensive than an artistic nude that you might see in the Louvre. 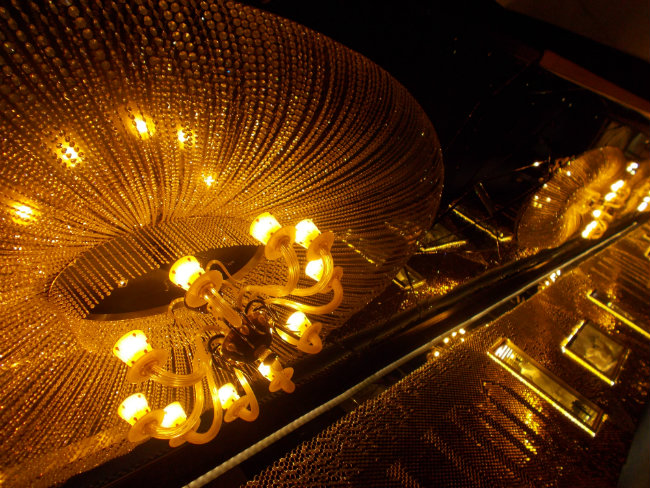 Yet it takes only for a handful of enraged TripAdvisor reviewers to claim that the show has set feminism back by 50 years for negative expectations to set in. Au contraire – to the dancers here, topless cabaret is part of the fabric of French culture and to unravel it is to rip apart exactly what makes the show meaningful.

When I retreat to a quiet corner backstage to discuss the politics of it all with one of the show’s most popular dancers, Bluebell Girl Victoria, she is keen to challenge the stereotypes. “Topless showgirls have been a tradition for centuries in Paris,” she argues, pointing out that le Lido has been entertaining revelers since the 1940s. Although one of the comparatively newer cabarets in the city, it has also recently celebrated the 70th anniversary of its iconic Bluebell Girl dancers. 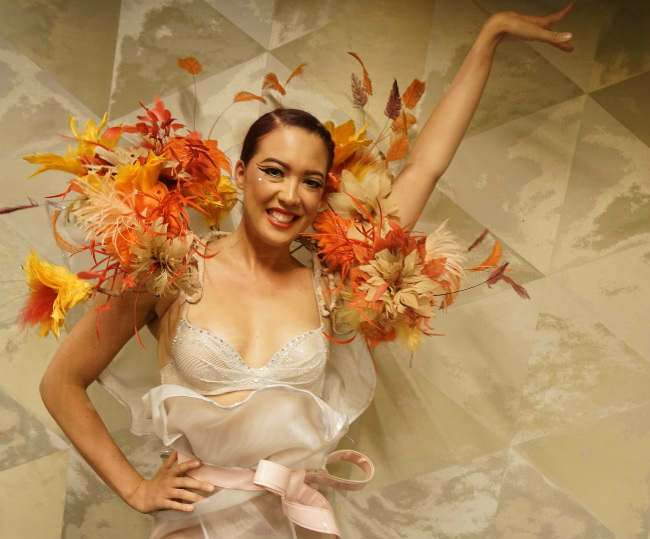 Upon asking her whether she sees cabaret as a form of feminist empowerment, her face lights up in recognition. “In a word, absolutely,” she confirms. “Women are celebrated in our show – the beauty of the women, and the men as well, and being able to go onstage and be who we want to be is really important. Paris is definitely one of the most liberated places in the world. Our shows would probably have been perceived quite differently in England, but in Paris, it’s traditional to be topless and show a bit more skin – it’s very much accepted here and it makes us feel powerful.”

For women like Victoria, le Lido allows her to demonstrate a dance talent she has been studiously honing since the age of three while combining it with the freedom and fun of feeling glamorous. Liberté, egalité…. cabaret! 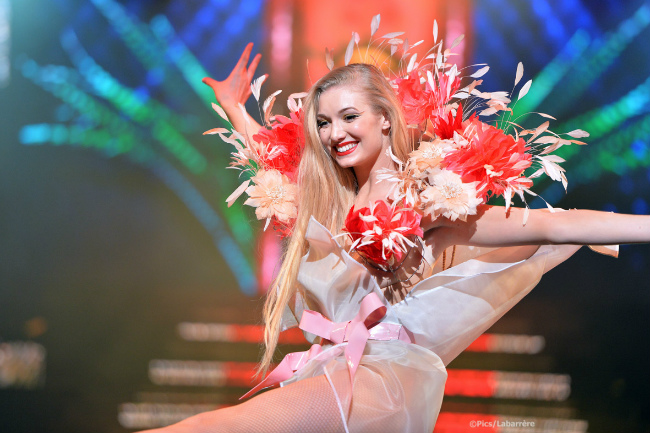 Plus while (according to le Lido’s website) the show is still demure enough for a four-year-old’s eyes, it simultaneously cracks the stereotype that a woman with sex appeal automatically lacks skill. It’s an intriguing paradox and for Victoria, this freedom of spirit represents exactly what is distinctive about life in France. “This is the longest time that I’ve ever stayed somewhere,” she comments of her six years at le Lido. “I started in London, then realized there was a world outside of London, got the travel bug and performed everywhere before I landed in Paris. There’s a reason that girls stay here for many, many years. It holds a special place in our hearts.”

Of course, the city is famed for introducing cabaret to Europe back in the 1800s. Shows like le Lido are regarded not as a scandal but as a welcomed art form and dancers find acceptance as part of it. Paris has also won awards for being the most liberal city in the world, which was described at the time as “the least surprising news of the year.” 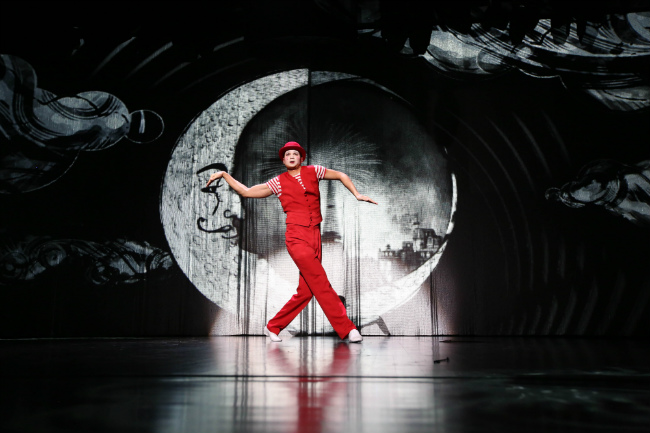 Clearly le Lido offers a mischievous glimpse into the libertine spirit that lights up Parisians’ veins – yet what else is special about the show?

First, there are the feats of balance that perhaps only a trained ballet dancer can fully master. For instance, one showgirl spins round violently while standing on a swing inside a giant bird-cage suspended from the ceiling, while the cage spins around at high speed too. One of the few who can achieve this without falling flat on her face in a fraction of a second, she elicits gasps from the audience. 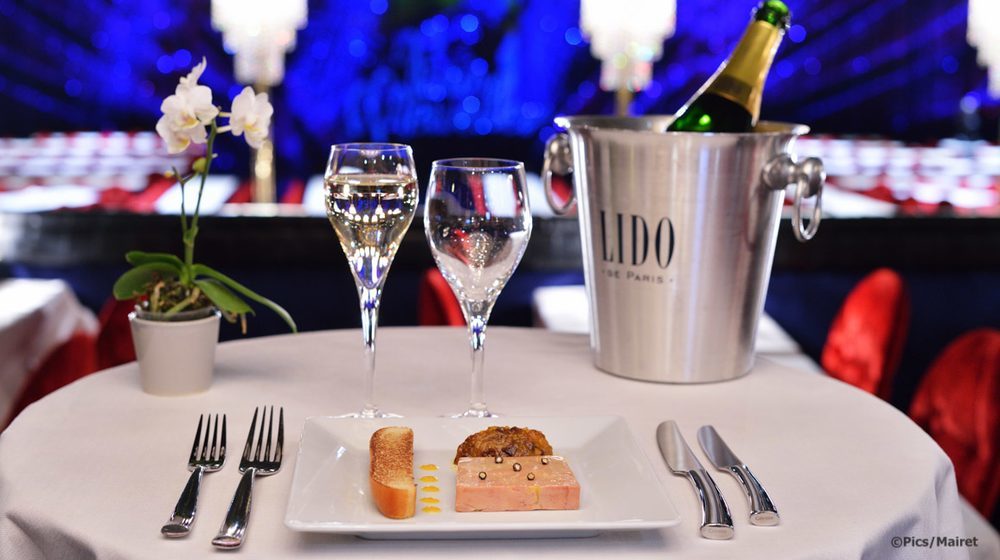 There are also the aerial acrobatics, the modern stage animations, and a man in a top hat recreating Michael Jackson-style moves with a laser light. Then there are the costumes, courtesy of Nicolas Vaudet, which seem inspired by everything from a ball at the Chateau de Versailles in King Louis XVI’s era to the Black Swan movie and modern-day Victoria’s Secret fashion shows. The latter is confirmed by Victoria, who also clarifies that the looks were “deeply inspired by couture fashion.” The show is clearly a place where tradition and modernity meet, although one only has to seek out a YouTube video of one of the Lido shows from the 1970s to recognize just how much performances have advanced since, both creatively and technologically.

In spite of all of this, one element has remained largely the same as it appeared in the Belle Epoque era – the traditional can-can dance. Spectators can almost imagine the city’s first formal showgirls twirling in the vineyards of Montmartre, whooping jubilantly as their frou-frou skirts sail round in the wind. “No matter how long cabaret goes on for, I think we’ll always hold onto the old traditions,” Victoria states. “There will always be the feather numbers, the traditional big cabaret numbers, the can-cans. I think that’s important to keep that history alive. However we’re also evolving into something more modern at the same time.” 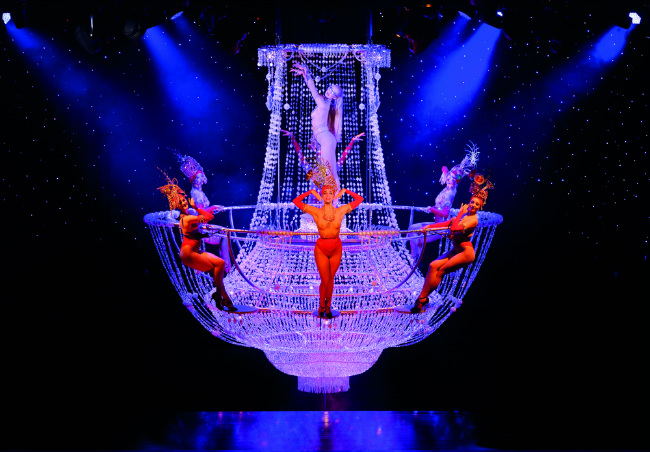 SWINGING FROM THE CHANDELIERS

For an example of le Lido’s modern edge, we need look no further than the iconic chandelier act. Picture the glitziest Swarovski chandelier you’ve ever seen, then multiply it several times in size and you have le Lido’s signature prop. Dwarfing even the statuesque showgirls with its sheer height, it is perhaps the most memorable symbol of the entire show.

“It’s one of my favorites to perform [but] there’s still an element of nerves even after all these years,” Victoria reveals. “It’s a very demanding number for our bodies and adjusting to the height is difficult as well because there’s such a big drop underneath the chandelier.” Add to that the painfully heavy hat that she balances precariously on her head while clinging to the edge of the awe-inspiring metallic structure and one can see that being bare-breasted is probably the last thing on her mind! 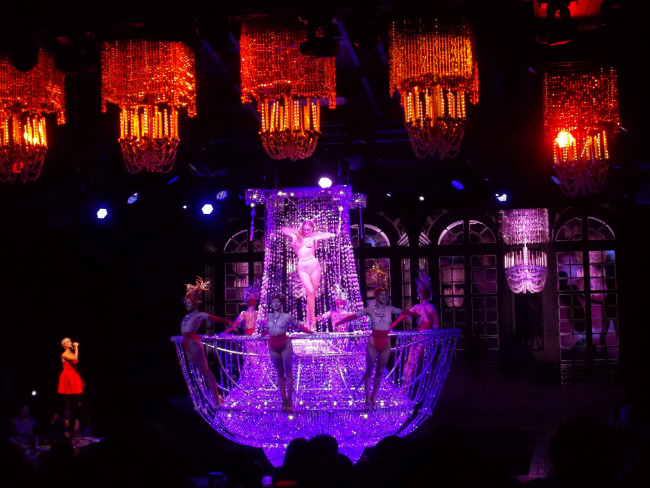 From its humble beginnings as a basement fantasy beach, named after Venice Lido in Italy, to the proudly French cabaret extravaganza that we see today, le Lido has come a long way. While topless performance is a proud cultural tradition in Paris, these lavish shows have also moved beyond merely the connotations of nudity. You’ll encounter performers who have danced on a daily basis from almost as early as they could walk, ready to reveal the secrets of le Lido. Victoria’s aim is “for audiences to have an escape, to go on a journey and to leave with sparkles in their eyes” and le Lido is open year-round for anyone choosing to accept that challenge.