Views from Montmartre, a Local’s Perspective 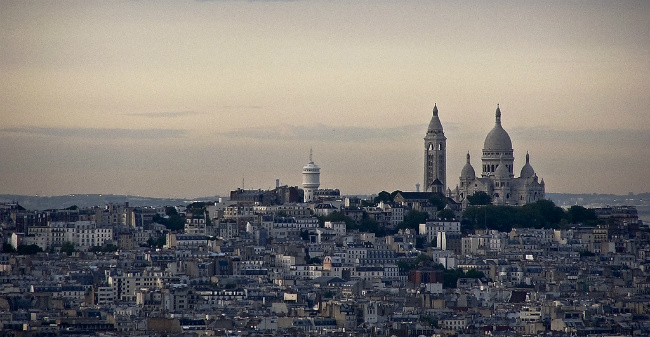 The view of Paris from the top of the steps at Sacré-Cœur is something beautiful to behold.

Standing atop the step nearest to the basilica doors, you see a grand, sweeping sight of the City of Light. This view is one that is best seen – lighting-wise – at dusk (or, on a rainy day, so you won’t bump into too many crowds). High atop the hill sits this basilica, which serves as a visual marker of Paris’ 18th arrondissement, the neighborhood of Montmartre.

Say the word “Montmartre” to a non-Parisian and it often conjures up a reminiscent twinkle in the eye, followed by mentions of places like Place du Tertre and the Moulin Rouge, films like Amélie and An American in Paris, and famous residents of years past such as Vincent van Gogh, Pablo Picasso, and Pierre-Auguste Renoir.

Say “Montmartre” to a Parisian and you might provoke a different response. The neighborhood, beloved by outsiders from far-reaching corners of the world, is thought of (by the French) as being very touristy indeed. 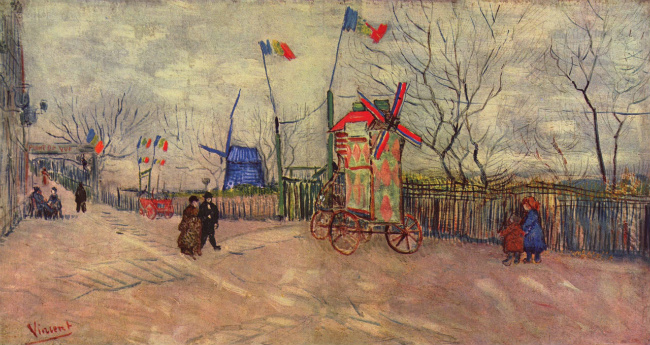 John-Paul Fortney, an American who lives in Montmartre and is the founder of Culinary Tours of Paris, was recently watching the news in Paris, as a panel of tourism experts agreed that the area was increasingly full of tourists.

Fortney and his French wife Julie have lived in Montmartre off and on since 2009, and remark that the area is more like a small village.

“When out buying groceries, you may be gone for 20 minutes or three hours, depending on who you run into on Rue des Abbesses, Rue Lepic, or Rue des Trois Frères” says Fortney.

“A few dogs walk the streets alone, not because they are strays, but because their owners think of Montmartre like the countryside and let them out for a walk around the block. There are even some chickens that like to walk in an alley off of Avenue Junot!”

“Recently we crossed a couple of Parisians just a block from the metro Abbesses, in the heart of Montmartre, and overheard them say ‘It is so charming over here – can you believe how close it is to Montmartre?’” Why is it that Parisians, and most visitors to Paris for that matter, think no more of Montmartre than as the hill with Sacré-Coeur and Place du Tertre? 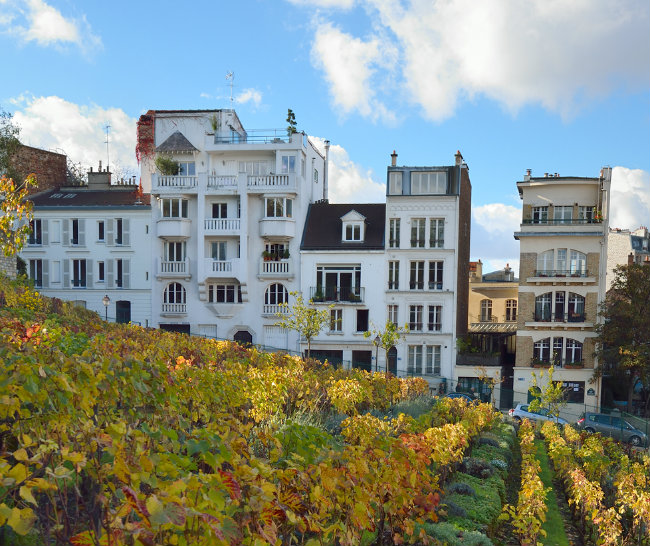 “Montmartre is a neighborhood of micro-quartiers,” says Fred, owner of Café/Tabac on Rue Ravignan. “You have the quarter of Place du Tertre, which is what most outsiders associate as the whole of Montmartre, you have the quarter of Abbesses, which is a transition between local and touristy, and you have the quarters of Rue Lepic and Rue Ravignan/Rue des Trois Frères, which are frequented more by habitués of the neighborhood”. It is akin to having a bad experience in Paris with one or two rude Parisians and saying that the French, rather than some Parisians, are rude. One should not call a whole neighborhood “touristy” based on a small fraction of its total area.

“I don’t think you can necessarily blame tourists (and even Parisians) for having this perception. If all they have heard about Montmartre is Sacré-Coeur and Le Moulin Rouge, then they don’t necessarily know to visit other parts of the neighborhood,” says Richard of the restaurant L’Annexe Montmartre on Rue des Trois Frères. “[The reason] why the best parts of Montmartre don’t get more attention is because Montmartre isn’t trendy.”

Trendy or not, Montmartre continues to excite and inspire its residents and visitors, and a trip through its streets is always une bonne idée.

This article was co-written by Anne McCarthy and John-Paul Fortney. 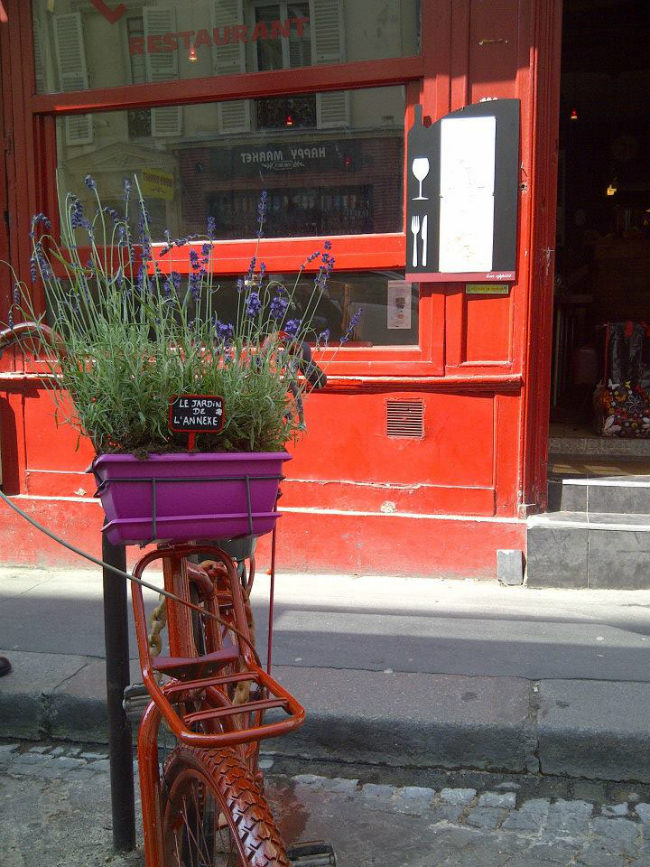 Previous Article A Taste of Texas in the Marais: The Beast Celebrates its First Year
Next Article Photo Essay: Autumn’s Gorgeous Fall Foliage in Paris