In 1989, the then mayor of Paris, and future president of France, Jacques Chirac, awarded Miles Davis the Grande Medaille de Vermeille. If Davis had ever doubted he was Paris’s beloved, adopted son, this prestigious award was the final proof that his love of Paris and France was more than reciprocated.

Two years later in 1991, Davis was to receive an even greater honor, as a Knight of the Legion of Honor. The French cultural minister, Jack Lang, described him as the ‘Picasso of Jazz’.

Davis had first come to Paris in 1949 to play at the first Paris International Jazz festival since the end of WWII. He was just 22 years old and this was his first trip out of America.

His introduction to Paris could not have gone better. The band– including Tadd Dameron, Kenny Clarke, James Moody and Pierre Michelot– appeared with Sidney Bechet and was an immediate success. Davis was never to forget this first rapturous reception in Paris and the respect he was given both as a musician and a black man. There is no doubt that amongst his peers in the US, Davis’s prodigious talent was both recognized and respected, but with still the majority of US states enforcing segregation laws, Davis was seen as a second class citizen. It was to color his perception of the US his entire life. The contrast of life in Paris could not have been sharper.

Greco had already spotted Davis as she stood in the wings as the group played at the Salle Pleyel concert hall. She remarked later that he “was one of the most elegant men I have ever known.” Davis was equally smitten and introduced himself to her. Davis had no idea that Juliette Greco was already a famous singer; he just loved the way she looked and moved and how stylish she was. In his autobiography, Davis recounts how they walked along the Seine, holding hands and kissing: “It was almost as if I’d been hypnotized, was in some sort of trance.”

“Juliette was probably the first woman that I had loved as an equal human being. She was a beautiful person. We had to communicate with each other through expressions and body language… It was April in Paris. Yeah, I was in love.”

Through Greco and Boris Vian, Davis was introduced to Picasso, Jean Paul Sartre and other existentialists and spent his evenings in Saint Germain clubs including Le Tabou in Rue Dauphine where Greco sang and Boris Vian played, and in the nearby cafes, communicating in any way they could; broken English and French and hand signals. Sartre watching their astonishing love affair unfold before his eyes, asked Davis why he didn’t marry Greco?

Davis had replied that he loved Juliette too much to marry her, and in the US she would be seen as a ‘negro’s whore’ and this would destroy her career. (Davis already had a partner, Irene and two children back in the States, but his love for Greco had demonstrated to him he was capable, and wanted, a different kind of love.)

But Davis was also in love with Paris. He remained loving Greco and Paris all his life. This joint love affair, Davis describes in his autobiography:

“I had never felt that way in my life. It was the freedom of being in France and being treated like a human being, like someone important. Even the band and the music we played sounded better over there. Even the smells were different. I got used to the smell of cologne in Paris and the smell of Paris was a kind of coffee smell.”

However even his love for Juliette and Paris did not prevent Davis from returning to the US. It was to be the start of an even deeper disillusionment with his own country that combined with the misery of missing Greco, sent him spiralling into a four year habit of cocaine and heroin abuse.

In 1954, Greco came to New York to talk to the film producers adapting Hemingway’s The Sun Also Rises. The couple had kept in touch over the years and arranged to meet in Greco’s hotel, the Waldorf-Astoria on Park Avenue.

Davis, afraid of his feelings for Greco, took a band member with him. His reception as a black man in the hotel did not help his first meeting with Greco in five years. He was rude and belligerent and refused to accompany her to Spain. They reunited in Paris in 1956; Davis explained his bad behavior and Greco forgave him. They once more became lovers and Davis resumed his evenings in clubs and bars on the left bank with Jean-Paul Sartre and Simone de Beauvoir.

The following year Davis was back in Paris playing as a guest soloist. Through Greco he was introduced to Louis Malle. Malle had always loved Davis’s music and asked him to write the musical score for his latest film, Ascenseur pour l’échafaud (Elevator to the Gallows). The film was a dark, murder suspense and Davis used an old gloomy building for the musicians to record– to enhance the musical atmosphere. The film score was a great success to Davis’s delight as it was the first time he’d ever written a score for a film. He continued seeing Greco and played nights at the Club St Germain to packed audiences. 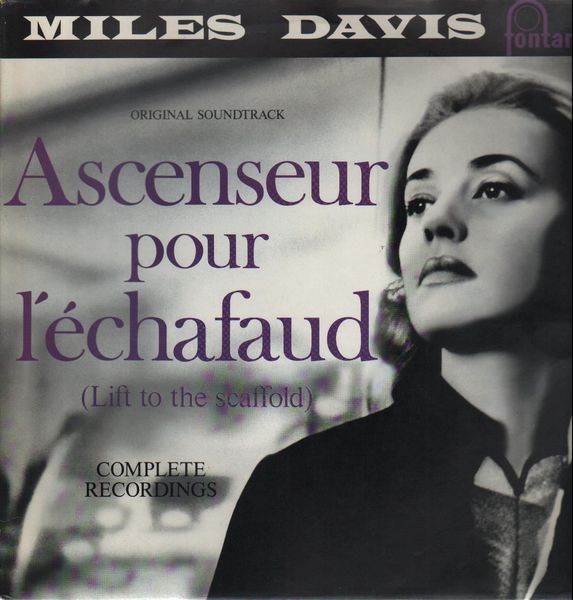 Much as Davis loved Paris and Greco, he felt that the jazz scene there could not compete with New York where he could see the likes of Monk, Coltrane, Satchmo almost any night of the week and Davis simply could not live without being surrounded by great jazz musicians. Greco’s career was in France where she loved living so the decision to just remain lovers and friends was mutual.

Greco and Miles continued seeing each other, either in Paris or in the South of France where Greco had a house, until Davis died.

After his Grande Medaille de Vermeille award, Davis played at the 10th annual Paris festival of Jazz. The following year he was back again in Paris for three weeks playing the part of a jazz trumpeter in the film Dingo. Rolf de Veer, the director of the film, recalls being on the banks of the Seine after they had shot the final scene and Davis turning to him and saying, ‘I just don’t want this to end.’

The Grande Halle de la Villette welcomed Davis in 1991, surrounded by many of his old associates in a memorable concert called “Miles and Friends.” It was to be Davis’s last concert in Paris.

In early September, Davis checked into St John’s Hospital near his home in Santa Monica for routine tests. Davis had been plagued by ill health exacerbated by his heavy drink and drug abuse (although by now Davis had been clean for several years) and suffered bouts of pneumonia. While in the hospital, he had an intracerebral hemorrage and slipped into a coma. His life machine was switched off on the 28th September 1991. He was 65 years old. 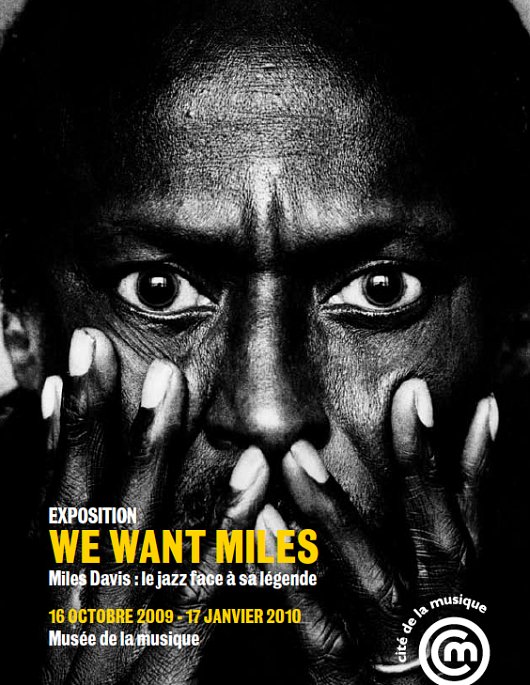 In 2009, a major exhibition called We Want Miles opened at the Musée de la Musique in Paris. It included over 400 Davis-related items including, instruments, music scores, photographs and videos.