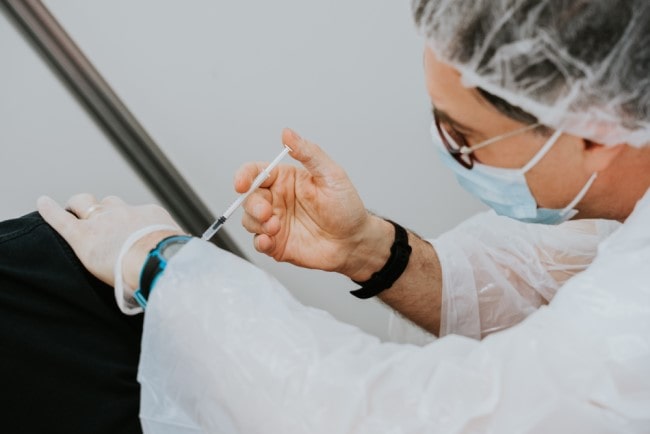 France has reached its target of 30 million first vaccinations, and with appointments continuing to fill, the country is appearing much less vaccine-hesitant than was initially feared. In related news, Reuters reports that the European Medicines Agency has approved a new manufacturing site in France for the production of Moderna Inc’s COVID-19 vaccine. Seeing the light at the end of the tunnel, and feeling the sultry summer temperatures, a large group of partiers staged an illegal fete on the Invalides esplanade this past weekend, and the police were forced to intervene to break it up.

Since France has reopened its borders to vaccinated international travelers, Air France has expanded its network, offering the most flights to the U.S. of any airline. A new service to Denver starts July 2, and 11 other U.S. cities will be served from Paris-Charles de Gaulle airport: Atlanta, Boston, Chicago, Detroit, Houston, Los Angeles, Miami, Minneapolis, New York, San Francisco and Washington D.C.

Speaking of transatlantic routes, France is sending a smaller Statue of Liberty across the ocean. At one-sixteenth the size of the original (9 feet tall, weighing nearly 1,000 pounds), the replica left the port of Le Havre onboard a ship bound for New York Harbor. As reported by NPR, “The Statue of Liberty will celebrate Independence Day with her little sister this year. One hundred thirty-five years after gifting the original Lady Liberty, France is sending a second, smaller Statue of Liberty across the Atlantic just in time for America’s July Fourth festivities. The bronze sibling statue, nicknamed the “little sister,” has been in France since its completion in 2009.” The statue will then travel to Washington D.C. where it will be installed at the French Ambassador’s residence.

There was a moment in the French Open semifinal between Novak Djokovic and Rafael Nadal — an epic match between two tennis legends — when the crowd at Roland Garros started booing and bustling around. Getting rowdier and rowdier, they cried, “We won’t leave!” Then the players were ushered off the red clay courts toward the locker rooms… What was going on? Alas, it was the pandemic-imposed curfew, which officials have been enforcing throughout the tennis tournament, sending annoyed fans home. But this night was different. All of a sudden an official announced over the microphone that fans would be allowed to stay “due to the exceptional nature” of the match. And the crowd went wild.

From wit to wisdom, don’t miss the notable quotes from Roland-Garros 2021. #RolandGarros

The French Open matches may have concluded — Djokovic the victor of the men’s, and in the women’s, Barbora Krejcikova went from unseeded player to Grand Slam champion — but sports fans can still watch the Euro 2020 now (the European Football Championship was postponed because of the pandemic). Led by star striker Kylian Mbappé, France is favored to win. There’s also the upcoming Tour de France to add to your viewing calendar!

“Despite my loss today, I have faith in my game.”

Stefanos Tsitsipas left it all on the court in his first Grand Slam final. More 👇#RolandGarros

Speaking of viewing… Have you started the second season of Lupin yet on Netflix? Starring Omar Sy as a “criminal virtuoso and a master of disguise” inspired by the fictional gentleman-thief Arsène Lupin, Lupin is full of heists and detective work and humor and tragedy. NPR recently published a terrific review of this hit TV show, which also brilliantly comments on the writer’s awareness of race. To quote: “In updating the Lupin saga, Kay grasped that having the hero be Black would actually make the story richer and more of our moment. For starters, the show plays on the fact that Black people are so often invisible to the white majority. One reason Assane’s disguises work so well is that, when he dresses up as a janitor or delivery man, the people he’s fooling don’t see him as an individual who matters. He’s merely part of the background.”

Previous Article Summer in the City 2021: Food News in Paris
Next Article Commissioner Zamaron: The Artists’ Police Friend with Benefits