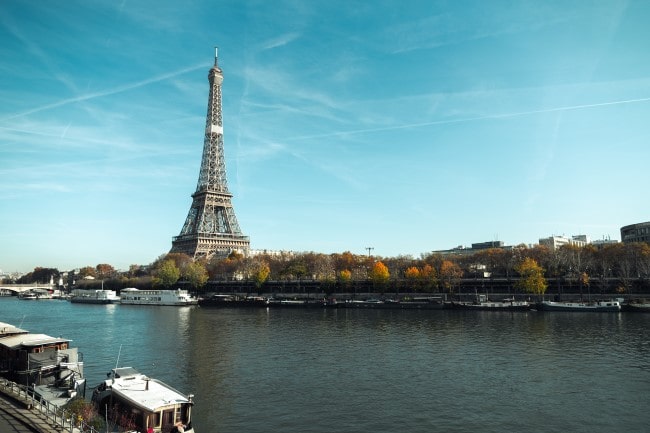 Organizers of the Paris Summer Olympics 2024 have unveiled plans for the July 26th opening ceremony which will be held on the Seine. Instead of the traditional stadium ceremony, this one will be hugely accessible — it’s being billed as the largest Olympic event in history. There will be artistic performances and 160 boats and show barges — a total of six kilometers of entertainment, against the backdrop of the city’s iconic monuments and landmarks. Over 600,000 spectators are expected, alongside 1 billion viewers around the world.

Check out the video here:


A commission of heritage experts has approved the renovation plan for the interior of Notre-Dame cathedral, which would modernize the look, create more space for visitors, and add contemporary art. Since the devastating fire in April 2019, the cathedral has undergone a vast project to secure it prior to the actual rebuilding. Now the hope is that the reconstruction will be complete before the Olympic Games. However, as the New York Times reports, “Critics say it will debase the centuries-old church… Dozens of cultural figures and intellectuals have stood up against the proposals.” Read the full article here.

Meet the new Miss France. The winner was announced in a ceremony at the Zénith in Caen on Saturday with the honor going to the 24-year-old Diane Leyre, Miss Île-de-France. This is the 17th time that the region has won the title. Since 1920, Île-de-France has been the most successful region. The four other finalists were from Normandy, Tahiti, Alsace, and Martinique.

The Paris metro is slowly phasing out the familiar paper tickets in favor of more eco-friendly cards. Though Parisians are attached to it, the popular carnet, or booklet of 10 metro tickets, is being discontinued by the public transport authority. According to France 24, “It’s not the first time the ticket has evolved. In many ways, the history of the metro ticket mirrors evolutions in French history.”

Dreaming of a trip to France? The Points Guy has found a last-minute winter flight deal. To quote: “ La Compagnie is running a “Winter Wonderdeal” on business-class flights booked to the City of Light through Dec. 12, for $1,600 round-trip… La Compagnie is an all-business-class airline, where travelers can enjoy 76 lie-flat seats in a 2-2 configuration, unlimited Wi-Fi and additional amenities, such as a four-course meal and, of course, a French croissant. Those traveling overnight can enjoy the airline’s airport lounge, called Art & Lounge.”

In political news, President Macron has outlined plans for the upcoming French presidency of the EU, which starts on January 1, 2022 for a period of six months. In the Paris news conference, Macron said the goal was to “move towards a Europe that is powerful in the world, fully sovereign, free in its choices and in charge of its own destiny.” There must be regular meetings on migration, a focus on joint defense to ensure the EU’s sovereignty, and a rethinking of budget deficit rules.

Also the new German Chancellor Olaf Scholz made his first foreign trip to Paris, where he and Macron met for a working lunch. To quote the New York Times: “At the end of the news conference they fist-bumped — a far cry from the image of President François Mitterrand and Chancellor Helmut Kohl holding hands on the battlefield of Verdun in 1984, but a Covid-era indication of friendship.”

New Caledonia has rejected a measure for independence from France, in a referendum that was largely boycotted by separatists. Pro-independence FLNKS called for people not to participate, arguing that Covid has made campaigning impossible. Turnout was only 43.90%. Located 1,250 miles east of Australia, this territory of Pacific Islands was given three separate referendums to determine if it wished to break away from France. Voters have rejected the measure each time. “France is more beautiful because New Caledonia has decided to stay part of it,” President Macron said.

Previous Article A Day Trip to the Louvre-Lens
Next Article Studying in France: The American University of Paris