Stromae is Back: The Return of a Star 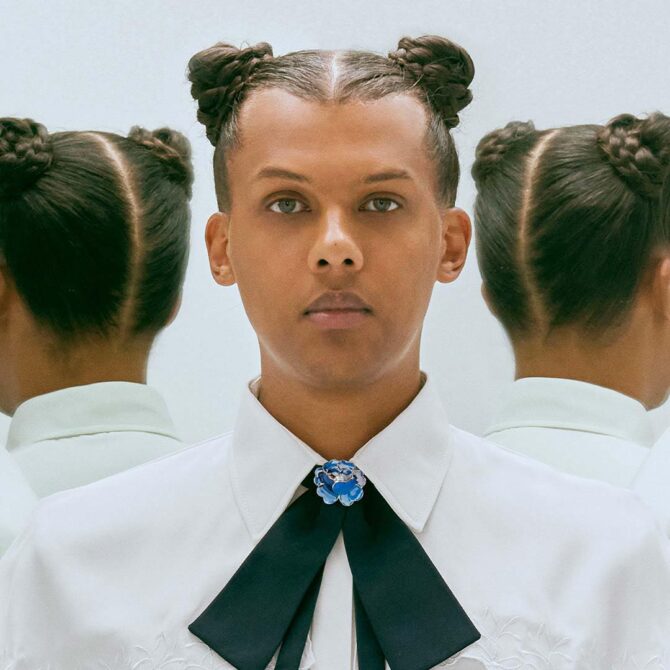 Something happened on French national news on Sunday night, and it’s been the talk of the social networks ever since. The Belgian pop star Stromae was interviewed by Anne-Claire Coudray on TF1, and in the middle of the interview, he replied to a question in song, releasing the new single “L’Enfer” (Hell) for the first time publicly. It’s about loneliness, depression, and suicidal thoughts, effectively bringing the conversation about mental health to the national (and global!) stage.

Born in Brussels in 1985 to a Rwandan Tutsi father and a Belgian Flemish mother, Paul Van Haver is better known by his stage name which is a verlan word play on the word maestro (the syllables are reversed back to front). After performing as part of a rap group with friends at school, he went on to release an album in 2009 called “Cheese,” in which the song “Alors on danse” became a smash hit. When his second studio album “Racine carrée” was released in 2013, it quickly topped the charts in Belgium and France, before going global, selling millions of copies around the world. Of all the fantastic tracks, three were chart-topping singles: “Papaoutai”, “Formidable” and “Tous les mêmes.” But after this breakthrough and immense commercial success, Stromae decided to disappear from the spotlight for personal reasons— he described anxiety and panic attacks. He expressed the need to live his life beyond the stage, and has since married and had a son.

Needless to say, the world missed Stromae, and so when he returned in October 2021 with a teaser single for a new album, after a seven-year absence, he delighted fans. The single “Sante” paid tribute to the unsung heroes of the Covid pandemic, like the cleaners and caregivers, and the video was seen more than 8 million times on YouTube within a week.

Since Sunday, the buzz about “L’Enfer” has been considerable. Though some decry the TV performance as a publicity stunt, the integrity of the news jeopardized by promotional marketing, many were moved by the moment, describing “chills” and the “power” and “genius of it.” The new album “Multitude”, infused with musical instruments and styles from around the world, will be released on March 4th.

Stromae will perform at major festivals in France throughout the summer of 2022, including shows at the Accor Arena in Paris in February, the Aluna Festival in Ruoms on June 16th, Les Eurockeennes in Belfort on June 30, the Cabaret Vert in August, and Rock en Seine in Paris. There are a number of shows across Europe, as well.

For more details, check out the official website: https://www.stromae.com/en/tour/

Previous Article Julie Manet: Daughter of Berthe Morisot and Niece of Édouard Manet
Next Article Around the World in 80 Days