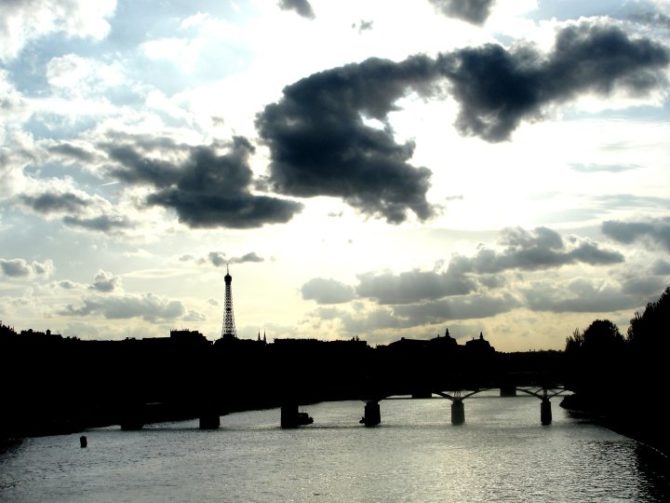 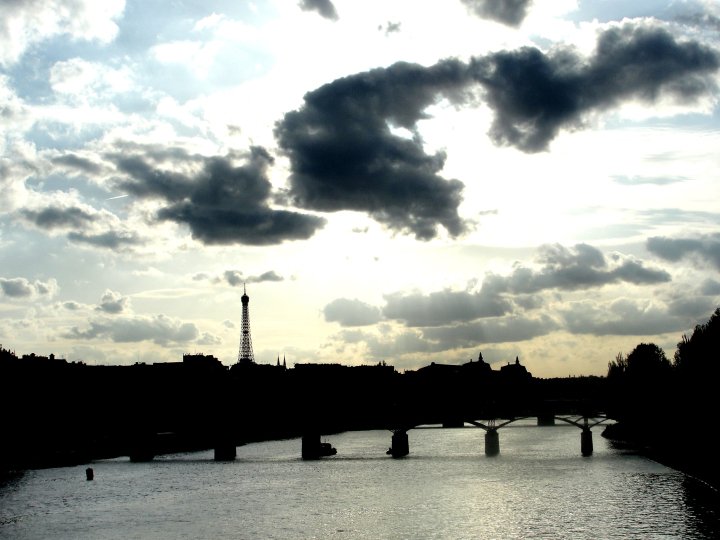 The Seine and the Eiffel Tower. Photo: Alex Ash

The Bonjour Paris editorial team requested reader submissions with memories from first trips to Paris. We were overwhelmed with wonderful responses, which we are publishing in a special series. (Read other installments here.) Below, Alex Ash recalls her initial shock at seeing the city for the first time…

The first time I came to Paris, I was shocked. I was part of a study abroad group, and we had just spent two weeks in Tours, immersing ourselves in the language and culture. In Tours, the streets are straight out of a picture book: regal buildings, fountains, open-air flower markets on my walk to school… It was my version of heaven and exactly how I pictured France in my head. When we rolled up to Paris in our oversized travel bus, and I saw mounds of trash, homeless people on old, dirty mattresses, surely, I thought my dream had entered the nightmare stage. I had imagined going to Paris ever since I was a little girl! This can’t be THE Paris, right?! My eyes deceived me. I didn’t know what to think.

Those first images stick out to me. However, as I got to know the city better (aided by getting lost…a lot!) my impression began to morph into something else. Sort of like one of the many pointillism paintings found in my favorite museum, the Musée d’Orsay: from far away, you see an overall large image. But once you get up close, you realize it’s a million different dots to make up the whole scene. I guess any good bottle of wine takes time to open up. The quaint, cobblestone side streets of Montmartre, the colorful doors and intricately designed door-knockers in Le Marais, the unique metro signs, the oasis-like parks in the middle of the city, the scent of cigarette smoke wafting up from the sidewalk cafes, mingling with laughter and dishes clanking. 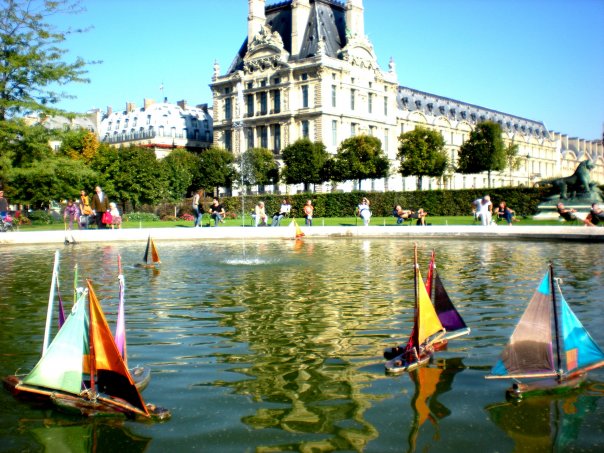 Toy boats on a pond in the Tuileries gardens. Photo: Alex Ash

Paris is not just the City of Light; it’s a feast for the senses. I began to fall deeply in love. Paris is unlike any other city. It’s fast-paced, yet also slow, as I spent many hours enjoying wine and dinner with friends, wandering through various art galleries or simply ‘window-licking’ (the direct translation of ‘window-shopping). It’s loud, with the distinct European ambulance sirens and raucous bands in the metro, but also holds many quiet secrets, only to be discovered by those open to finding them. I can still taste the warm, yeasty-ness of a fresh baguette from the petite bakery near my apartment. The late afternoon fall sunshine makes the Seine sparkle just as much as the Eiffel Tower does when it’s lit up at night. 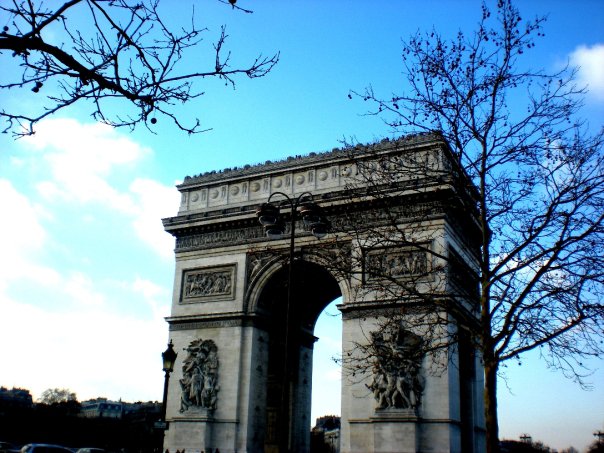 Perhaps it’s because I experienced Paris on such a visceral level, now that I’m back in the States, some days I miss Paris so much it’s tangible. My body aches for it, longing to experience the sights, sounds, smells and tastes of the city… even the homeless people with their dogs and signs and mattresses on the streets. They too, are the dots that make up the whole beautiful painting. Paris is so more than any picture book could ever show. 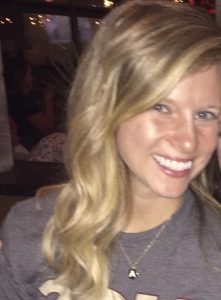 Alex Ash is convinced she was born French in another lifetime, as her love for all things French knows no bounds. She studied abroad during her time at university, and moved back to Paris after she graduated to teach English in a French high school. Although she has since moved back home to the States, she often dreams of winning the lottery so that she may return to Paris regularly to vintage shop in the Marais, eat and drink all of the cheese and wine, and generally get lost in her favorite city in the world. She currently lives in Cleveland, Ohio with her husband and two dogs.

Previous Article Hotel Adèle & Jules: Now Open in the Grands Boulevards District of Paris
Next Article Towering Above it All: The Eiffel Tower