The World’s Greatest Scam? How a Con Man Sold the Eiffel Tower 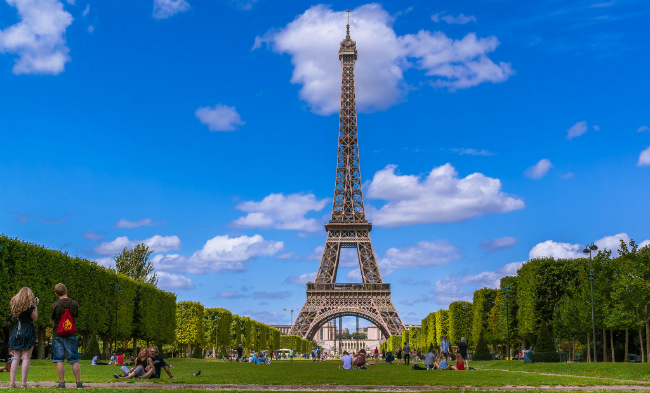 It was 1925 and Victor Lustig was sitting in his Paris hotel room reading a newspaper article about the Eiffel Tower. That gigantic structure had been built for the 1889 Paris World’s Fair and was meant to be dismantled in 1909. But because of its height, it was used as a radio tower and came in very handy for listening in on the Germans during the First World War. Now, however, it was rusting and in need of expensive repairs and maintenance. The article said the State was having difficulty finding the money for its upkeep, and the journalist ended by asking whether it might not be better to just sell it.

Victor’s eyes lit up. That was it! He would sell the Eiffel Tower! Never mind that it didn’t belong to him – that was just a minor detail. He had been looking for his next project and this was perfect.

Victor Lustig was born in what is now the Czech Republic. His family was well-off and he received a good education, learning to speak at least five languages. But Victor’s greatest pleasure was swindling people by using his abundant charm. After his schooling he was arrested for some minor crimes and then he started working on the ships that sailed between New York and Paris. 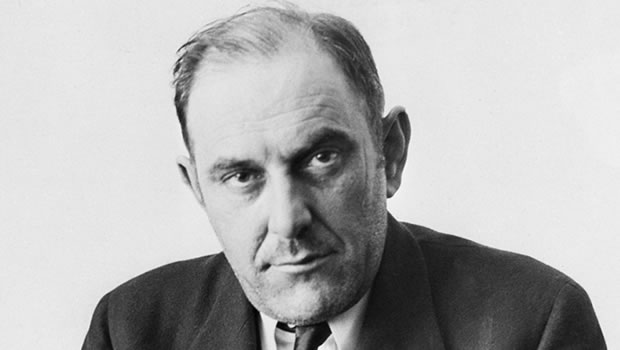 By working, I mean scamming people, of course. He would sell them boxes that printed $100 bills. These money-makers would cost between $20,000 and $30,000. He would stock them with a few counterfeit $100 bills which would then very slowly emerge from the box as if they were being printed. Since it took about six hours to “print” one bill, by the time the two or three bills in the box were finished “printing”, Victor was long gone.

However, that game was starting to bore him. He was looking for something new and exciting – and selling the Eiffel Tower was just the ticket. He went right to work. He got some stationery printed that appeared to be from the Department of Post, Telegraph and Telephone, the government department in charge of public buildings. Then he got himself a fake ID. He sent invitations to the top five iron salvage companies in Paris advising them that they had been given the honor of bidding on an important government project. They were invited to a meeting at the Crillon Hotel, which had a reputation as a place where diplomatic and political deals were done. It all looked very official.

On the appointed day, the five company representatives arrived. Victor gave a convincing presentation, reiterating the well-publicized condition of the tower and the problem of maintenance and upkeep costs. Because of this, he said, the government had no choice but to dismantle and sell the tower. However, it was a potentially controversial action and required the utmost discretion. All parties agreed to keep the government’s secret. 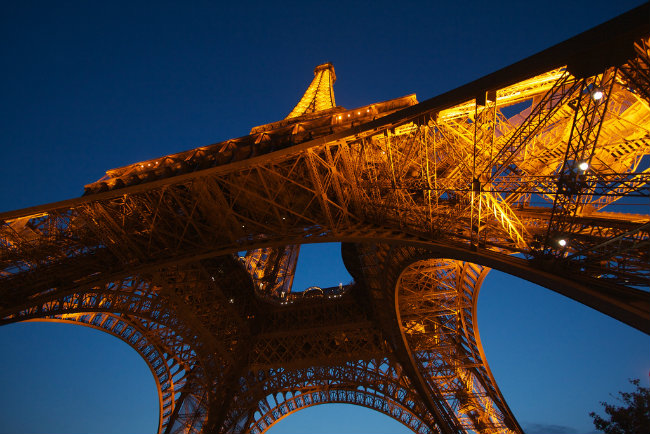 After treating them to lunch, Victor put the five candidates in a limousine and took them to the tower for a look. A crew of workmen happened to be there measuring and assessing the tower for paint and repairs. But that posed no problem for Victor who told his bamboozled band the crew was there to make preparation to dismantle the 7,000 tons of iron. He flashed his fake ID at the entrance and took his group directly in to inspect the merchandise. He told the men time was of the essence and he would expect their bids the next day.

In Victor’s years of scamming people, he had learned to read them pretty well and he had identified his victim almost immediately. He chose André Poisson. Mr. Poisson was unsure of himself but anxious to make his mark in Paris industry. When Mr. Poisson came in for his second meeting, he confessed that his wife had some doubts and he wasn’t sure if he should go ahead with the bid.

Victor decided to put Mr. Poisson at ease by taking him into his confidence. He confessed that he was just an underpaid government employee. He entertained important clients in luxury, but in fact, he needed a bit of extra cash and if Mr. Poisson could add just a bit of extra padding, Victor could guarantee him the contract. Since Mr. Poisson knew that government officials were corrupt and that a con man would never ask for a bribe, he was convinced that all was legit. Mr. Poisson (whose name means “fish” in French) took the bait – he paid the asking price plus the bribe. 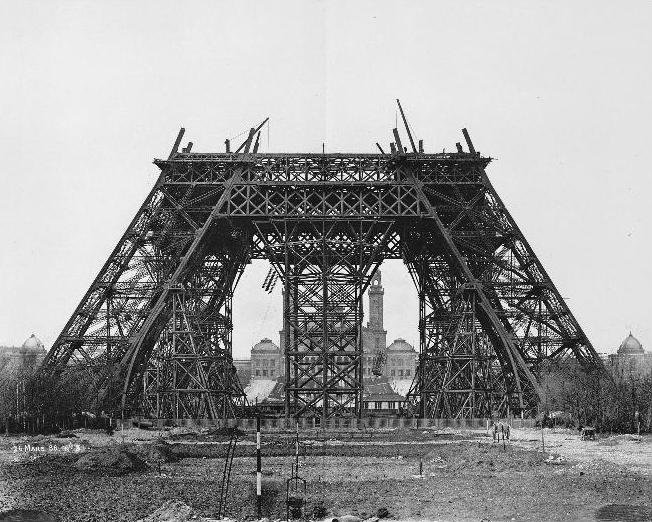 As soon as Victor got his suitcase full of money, he was on a train to Vienna. There he watched the newspapers every day expecting to see his name and his masterful scam on the front page. He waited and waited, but there was nothing.

When poor Mr. Poisson had gone to the Post, Telegraph and Telephone headquarters with his bill of sale to ask when the tower would be dismantled, they laughed him out of the office. He was so embarrassed about being duped and so afraid of ruining his reputation in the city, that he didn’t mention it to anyone else – not even the police.

When Victor realized what had happened, he headed back to Paris to resell that tower. He sent out five more letters to different salvage companies and repeated the entire process. This time, however, the prospective buyer did a bit more checking, found out it was a scam, and went to the police. Victor escaped just in time but without the proceeds from the second sale.

He went to the United States where he resumed his counterfeiting activities and selling his money printing boxes. But the law eventually caught up with Victor and he was sent to Alcatraz prison, where he even conned Al Capone.

It’s said he had a postcard of the Eiffel Tower taped on his cell wall with the words “Sold for 100,000 francs” written across it. When Victor died of pneumonia in 1947, his death certificate listed his occupation as “salesman” in tribute to his greatest scam. 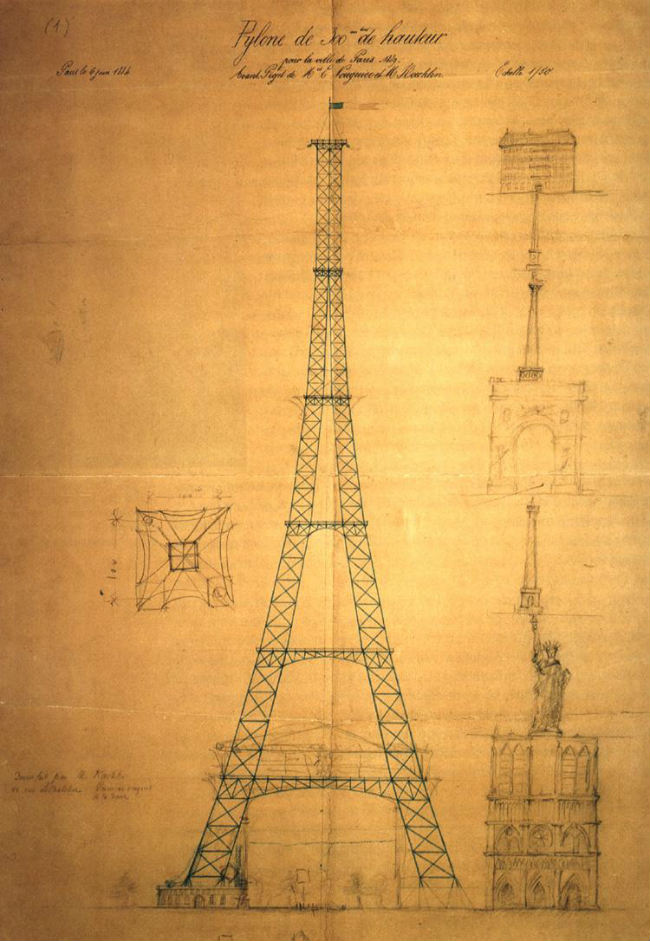 Previous Article Hang out with Orangutans in Paris at la Ménagerie, Jardin des Plantes
Next Article Lost in Cinema Babel? Not with Lost in Frenchlation

Margo Lestz is the author of “French Holidays & Traditions,” an entertaining collection of short stories explaining the curious histories behind many French holidays and traditions. Margo also blogs as the Curious Rambler at http://curiousrambler.com