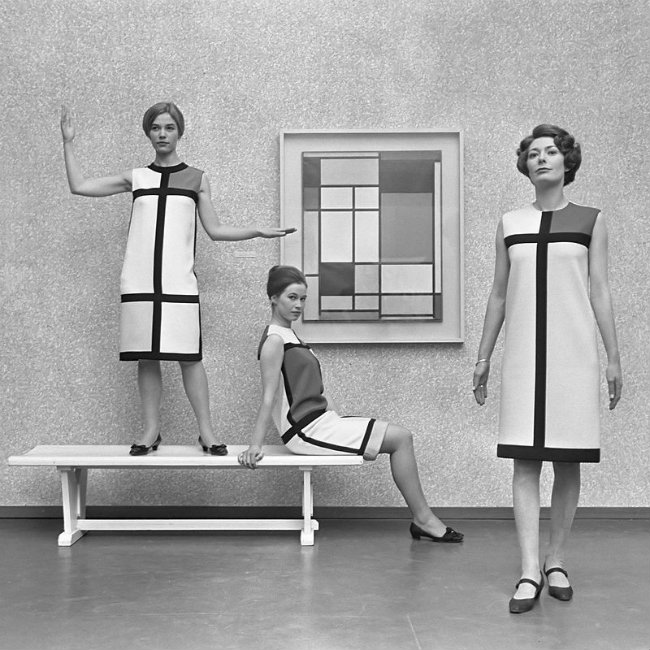 These are the infamous words of designer Yves Saint Laurent, who was born this month in 1936, on August 1st.

Although Saint Laurent is so closely affiliated with Paris and France, he was born in Oran, Algeria. He moved to Paris at age 17, and attended the Chambre Syndicale de la Haute Couture. His early designs gained him the attention of the editor of French Vogue, Michel De Brunhoff. He was then introduced to Christian Dior, and the rest – as they say – is history.

“He [Christian Dior] taught me the basis of my art,” Laurent once said.

Laurent went to work at the House of Dior. And then, following the early death of Dior, he became the head designer at just 21 years old.

As a young man, Laurent’s star quickly skyrocketed into the glittering, luminous sky above Paris. And it has stayed lodged up there ever since.

Laurent is survived by his spouse, Pierre Bergé, whom he married in 2008, the same year Laurent passed away from brain cancer. Bergé was an integral part in his husband’s success, as he was also the long-time business parter of Laurent. He was the co-founder of Yves Saint Laurent Couture House. 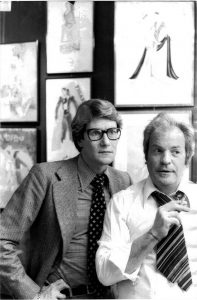 Laurent was heavily influenced by all the major French design “greats;” Coco Chanel and Christian Dior, chief among them. Laurent also drew inspiration from the Dutch painter Piet Mondrian, who’s known for his color block paintings, which became part of the De Stijl art movement.

Laurent’s work had a global impact, and earned him recognition throughout the world.

Laurent also made major societal impacts; from his challenging of gender norms (by popularizing tuxedo suits for women), to broadening the landscape of how supermodels on the catwalks can look, by regularly featuring non-white supermodels in his shows.

Laurent is gone, but not forgotten. Globally, he is continually remembered beyond threads hanging on racks, as interest in the illustrious designer remains. A museum on Laurent is to be opening in Marrakech, Morocco, in October 2017. Laurent was a one-time resident of Marrakech in 1966, and he returned there often for visits. His ashes were scattered in the Majorelle Garden in Marrakech in 2008.

Last year, in Durham, England, a special exhibition titled “Yves Saint Laurent: Style is Eternal” was held at the Bowes Museum to honor the designer’s work.

There’s also a fantastic 2010 documentary on Netflix called L’amour fou (“Crazy love”) about Saint Laurent. It is well worth the watch. For fashionistas (or even us sweatshirt-wearers who love fashion), there are many great fashion documentaries to be found on the site. Buzzfeed provided some good reportage on the best ones.

Laurent lives on through Netflix, and, more importantly, through his art – his beautiful designs seen in streets, shops, and on bodies – in Paris, and around the world.

So, in this month of his birth, we are reminded of the eternality of Yves Saint Laurent’s style, which never fades far from view.