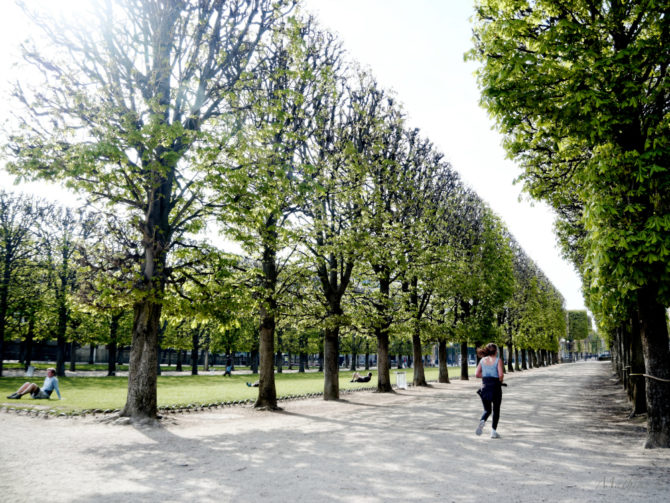 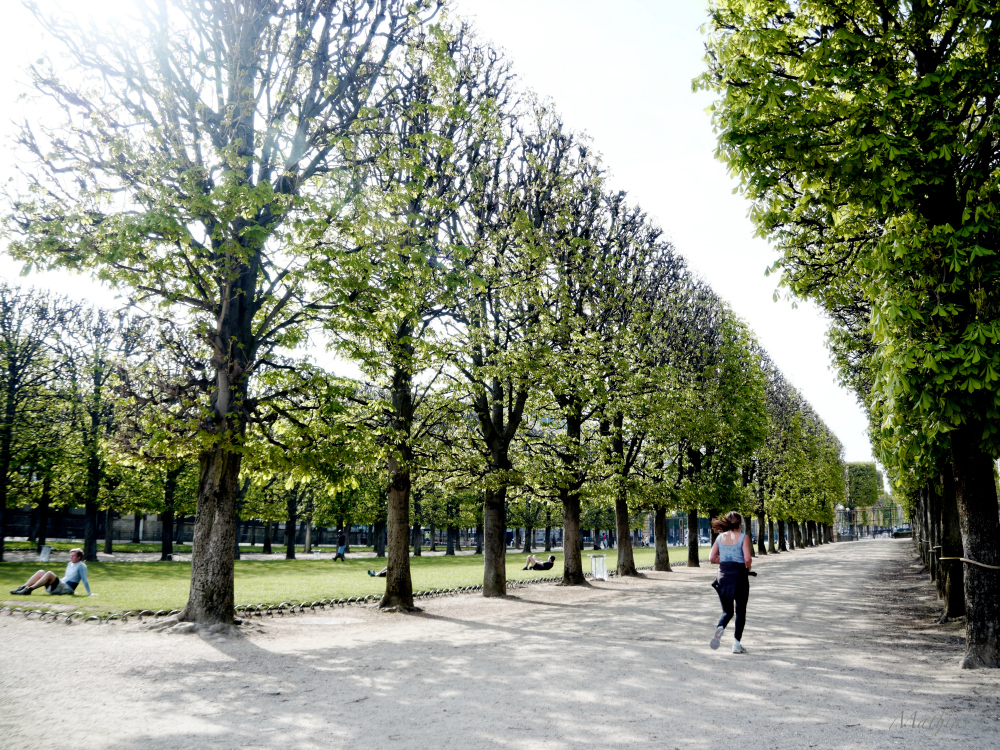 “Runner in the sun” by Mathias Lucas

Trekking to Paris? If so, pack your running shoes. Personally, I can’t think of a finer way to experience the City of Light’s past and present, than by kicking down the cobblestones.

As Hemingway once put it, “It is by riding a bicycle that you learn the contours of a country best, since you have to sweat up the hills and coast down them. Thus, you remember them as they actually are.”

That goes double for traveling by foot, especially at the Jardin du Luxembourg. Created by Queen Marie de Médici and gardening theorist Jacques Boyceau with a Florentine twist during the 17th century, it opened to the public in 1778.

Here, I’m not only able to run, but also mingle with the statues of French queens and saints. I’m hardly a martyr or a monarch (yet), but up my black Lycra sleeve, I do have a few tips for a divine run. 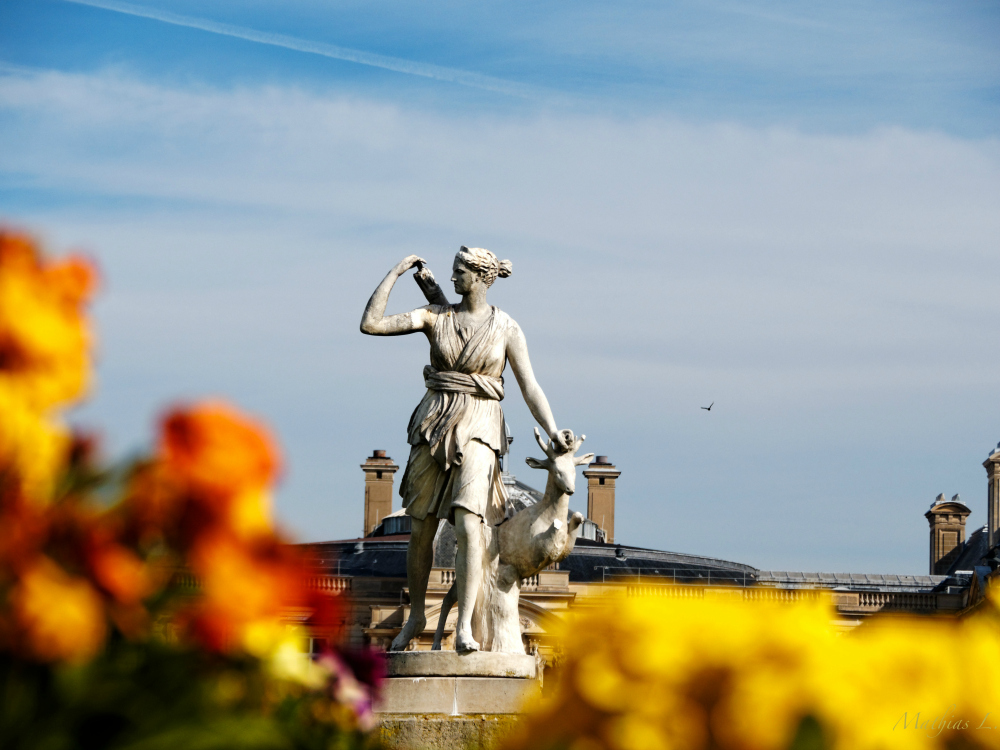 Diane the Huntress by Mathias Lucas

I recommend the Notre-Dames-des-Champs Métro stop. When you surface, take rue Notre-Dames-des-Champs a few blocks to rue Vavin. At the intersection, the park will be on your left, and on the right, you’ll spot one of the centuries-old Wallace water fountains. The water is free and tasty, so refill your bottle before and after your fast trot. 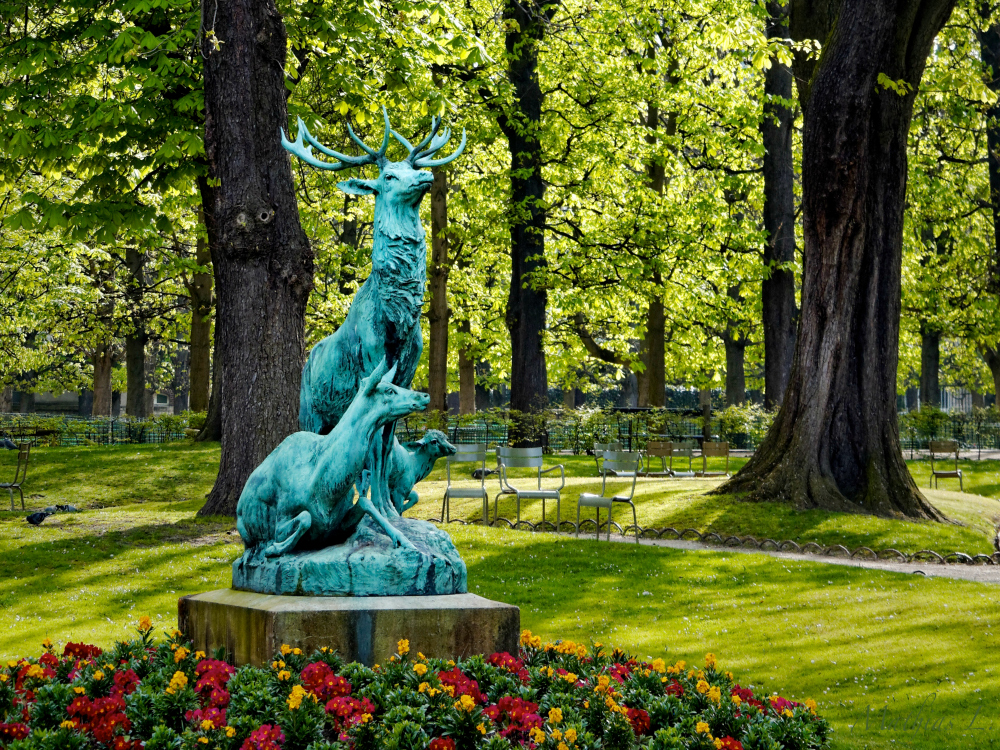 Next to the Wallace water fountain is the Pharmacie Vavin (18 rue Vavin). Here you’ll be able to buy contact solution, eye-drops, and contact lens cases, along with bandages, Ibuprofen, and the almighty important sunscreen.

Even if you’re in the pink of health, don’t leave Paris without stopping by a pharmacy. Their shelves are stocked with plant-based soaps, shampoos, conditioners, lotions, crèmes, and cosmetics. Most pharmacists speak English. They’ll not only take the time to listen, but they can also recommend a product for almost any malady, whatever it may be. 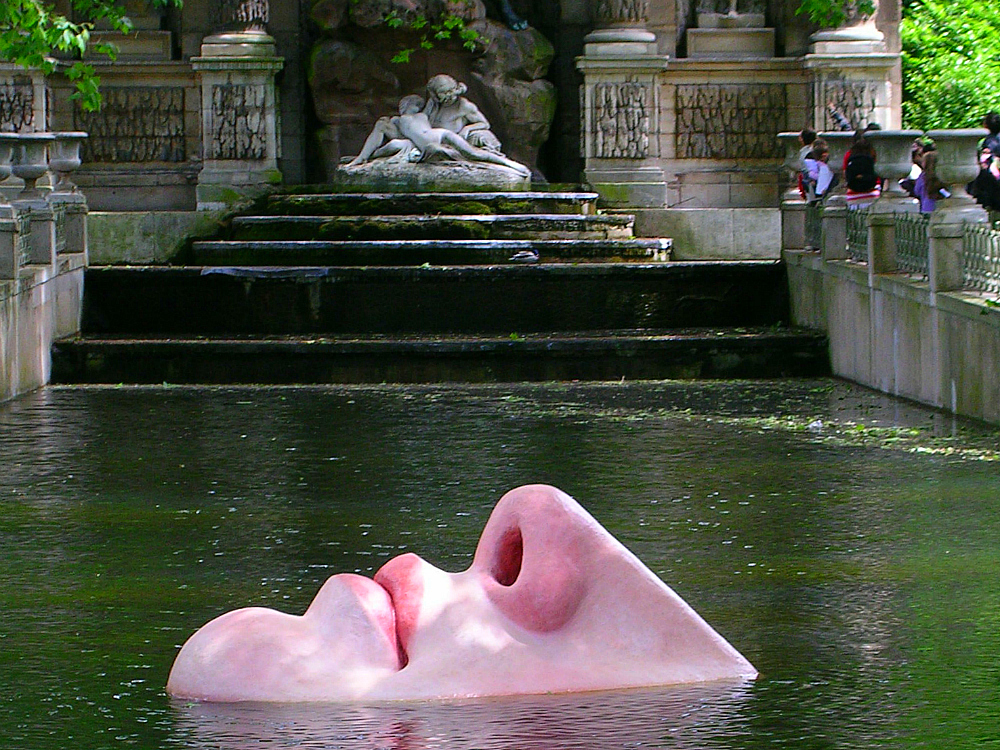 There are several restrooms in Luxembourg. Find one of the many posted park maps, and then take flight to the nearest sanitaire. There is a 50 cents fee, so pack a few coins. Also, you’ll find drinking water fountains throughout the park. 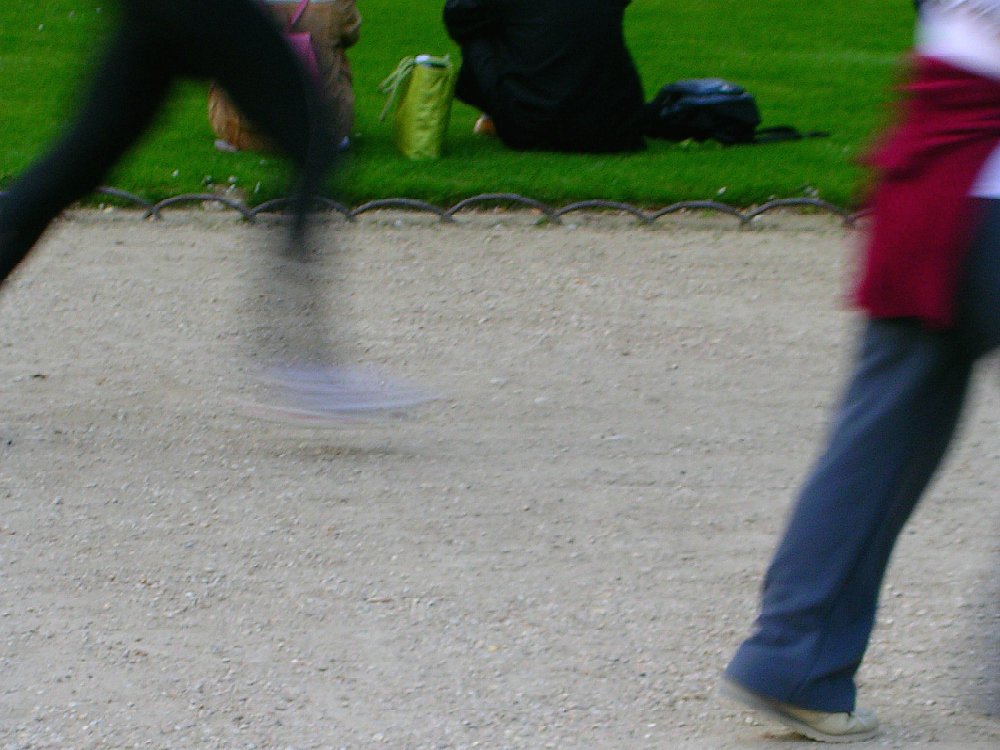 Runners on the paths of glory by Theadora Brack

Each loop around the perimeter of the park is about 2 kilometers. Forget your watch? There’s a clock on top of the Palais du Luxembourg. Arrive early in the morning, for this place is a stroller-magnet—in both senses of the word. On the flipside, it’s a prime people-watching spot. 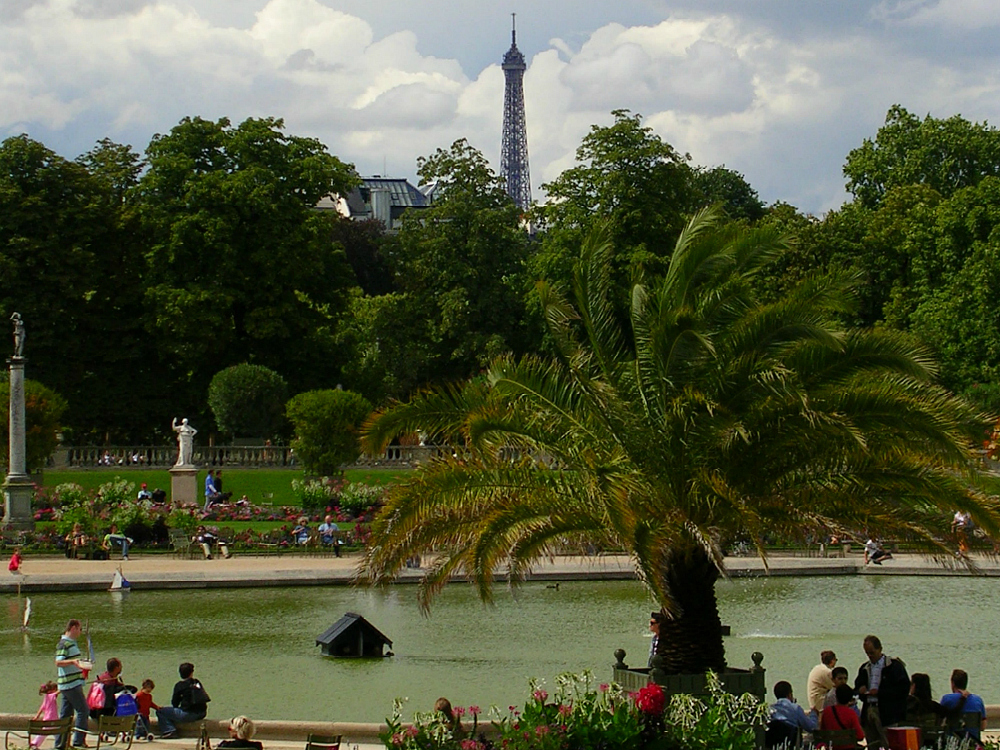 Shade. With its hideaways and fountains, Luxembourg has always felt like an enchanted forest. Here there are more backdrops for photo-ops than you can shake a selfie stick at, so pack your camera. Keep your eyes peeled for Bartholdi’s original Statue of Liberty prototype, along with the Medici Fountain, the Grand Bassin pond, and a carousel designed by Opéra architect Charles Garnier. 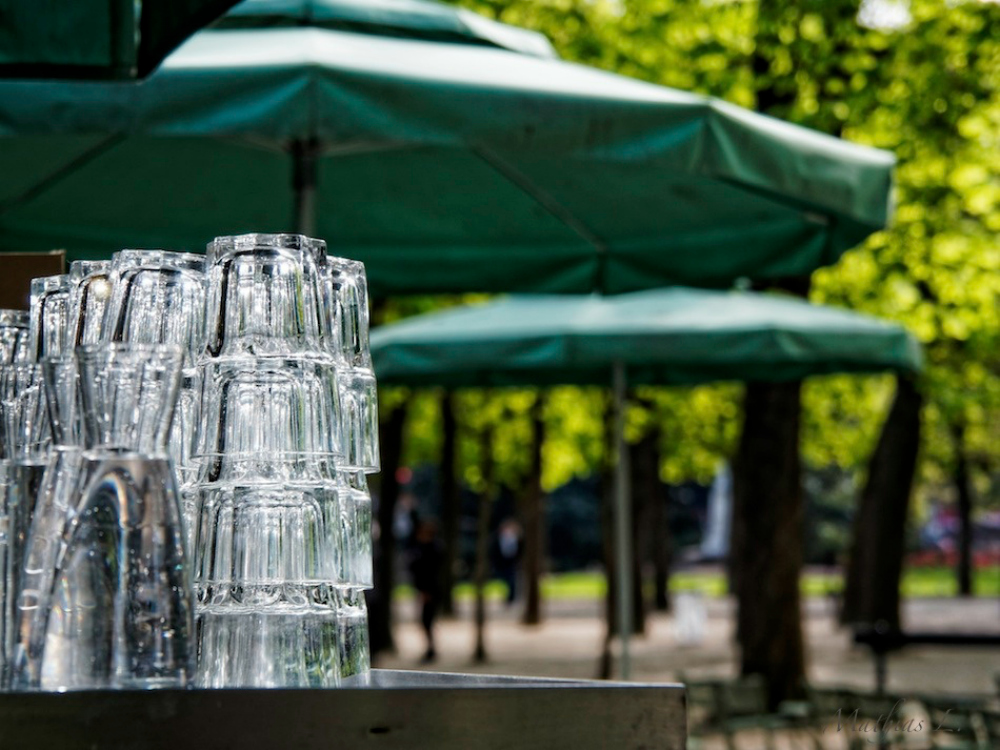 Years before Hemingway could afford to shoot lions in Africa, he hunted urban birdlife here by the Medici Fountain. Back in his salad days, Luxembourg was known for its voluptuous pigeons.

Hemingway wrote, “We got a little tired of pigeon that winter but they filled many a void.”

But if you’re feeling hunger pangs after your run, don’t worry about having to take an urban safari. There are snack shacks throughout the park. How do I know? A well-fed, plump birdie told me so.

To view more work by Photographer Mathias Lucas, check out his website: https://mathiaslphotos.wordpress.com 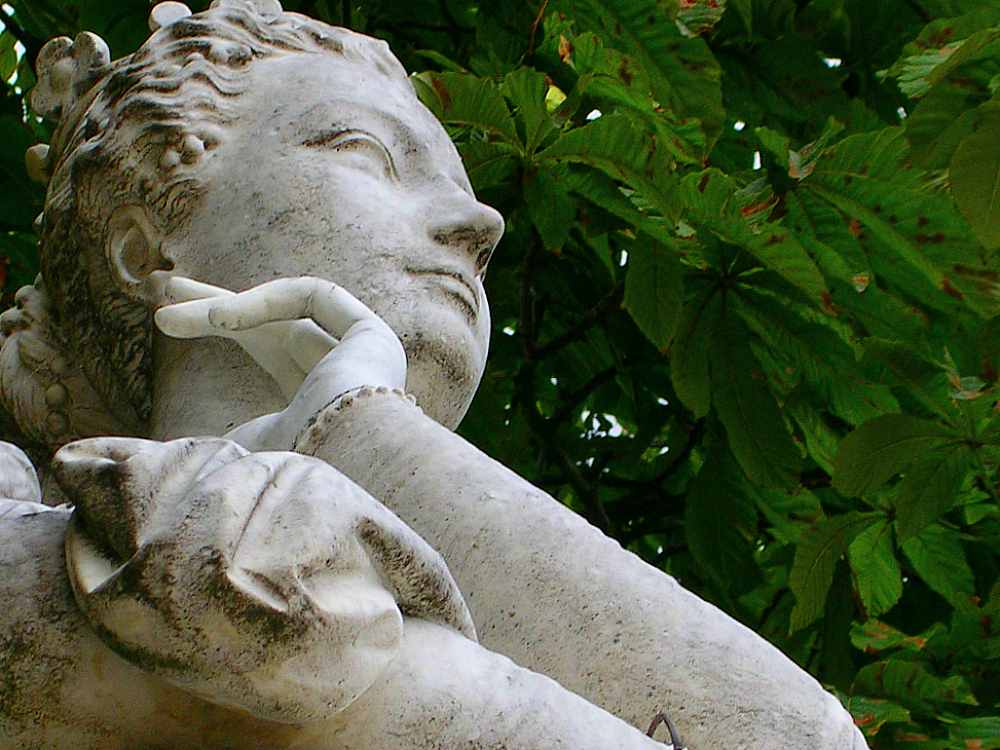 Lead photo credit : "Runner in the sun" by Mathias Lucas