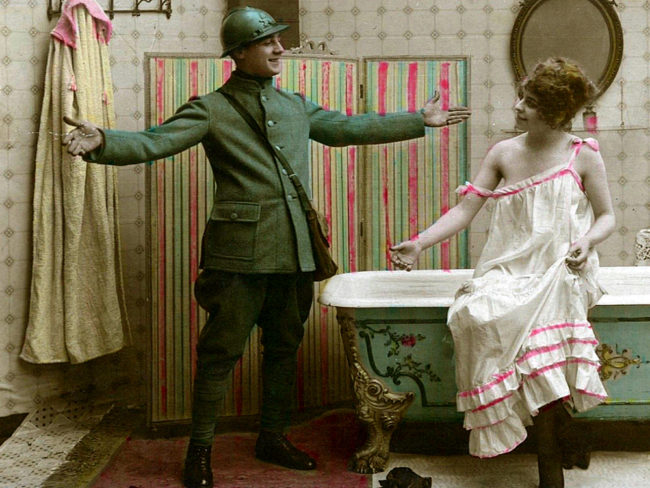 Celebrating cooler weather and fresh starts, let’s take the plunge and re-charge the batteries with five slightly bizarre bathtub tales from the City of Light. And why not?

As my indomitable grandmother used to say, “After a hot bath, I’m ready to take on the world!” Napoleon would have loved her. In fact, one of his own mantras was, “Water, air, and cleanliness are the chief articles in my pharmacy.”

I agree. So if you share my revelry, grab a towel. Le Petit Marseillais, take us away. 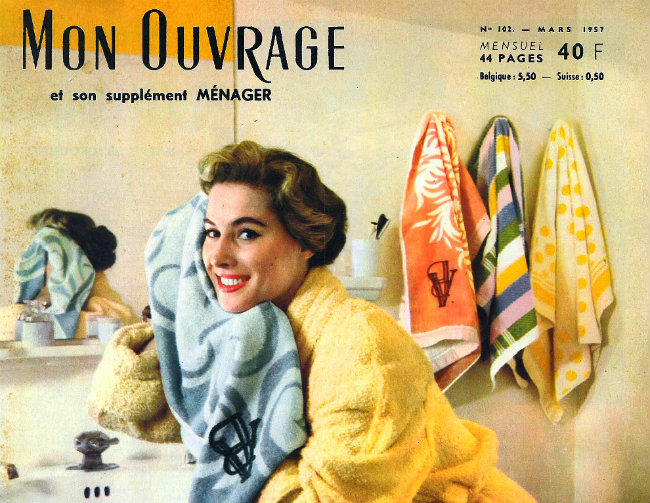 After an extreme makeover, the Hôtel Ritz Paris has reopened. Down through the years, the hotel has seen the likes of the Duke and Duchess of Windsor, Charlie Chaplin, and Greta Garbo, along with Sophia Loren, Orson Welles, and Marlene Dietrich — just to name a few. Let’s not forget Ernest Hemingway, either.

Hem’s wife Mary wrote, “Marlene used to wander down to Ernest’s room to sit on his bathtub and sing to him while he shaved, and they both forgave me when I mimicked her.” Yes, Paris is a small world, still. 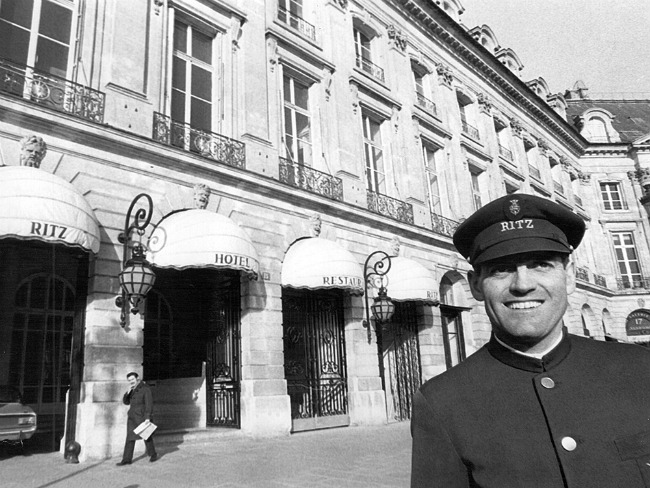 The customer is never wrong at the Ritz. Photo: Brack Collection

King of the Hoteliers

César Ritz (a.k.a. “Host to the World”) opened the Hôtel Ritz in 1898. Adding posh and state-of-the-art circumstance, its rooms were outfitted with telephones, electricity, and bathrooms. With real tubs! But in a rare fit of pique, wet blanket Oscar Wilde missed the point. “Who wants an immovable washing basin in one’s room?” he whined. “Hide the thing. I prefer to ring for water when I need it.” Oh, Oscar.

Here’s another royal blush: After King Edward VII got stuck in a bathtub at the hotel during a ménage à trois, Monsieur Ritz swiftly installed king-sized tubs in all the rooms. After all, this “host with the most” was also credited with having coined the phrase: “The customer is never wrong.” Rub-a-Dub-Dub. 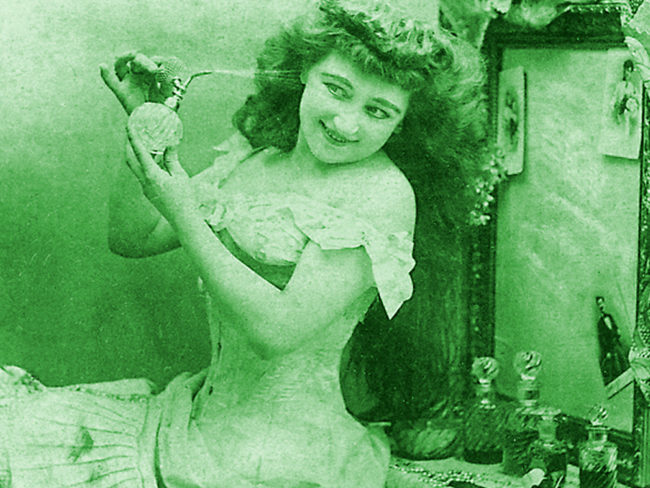 Is it possible to own too many mirrors and perfume bottles? Not in our book! Postcard: Brack collection

2. Sympathy for the Devil

During the 17th century, Anne of Austria (King Louis XIV’s mother) used to say, “One would sell one’s soul to the devil for perfume.” Heck, we’ve all been there. It was also widely known that Anne possessed one of the largest mirrors in France. It was only 18 x 15 inches, but tongues wagged, wooing looking glass fanatics. Near and far, they traveled just to catch a brief glimpse of themselves . . . or perhaps the devil. 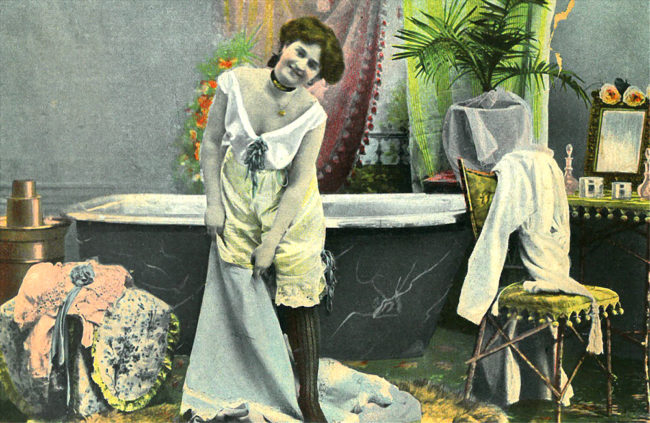 For some regal décor inspo, don’t miss Louis XIV’s octagonal bathtub at Versailles. Restored in 1936, the substantial treasure is made from a single block of reddish violet and creamy white marble. Installed in the palace in 1773 and costing a whopping 14,000 18th-century dollars, it weighed in at an impressive ten tons. Imagine Oscar ringing for that.

Keeping you in the loop: buy your Versailles tickets online to avoid the long lines. 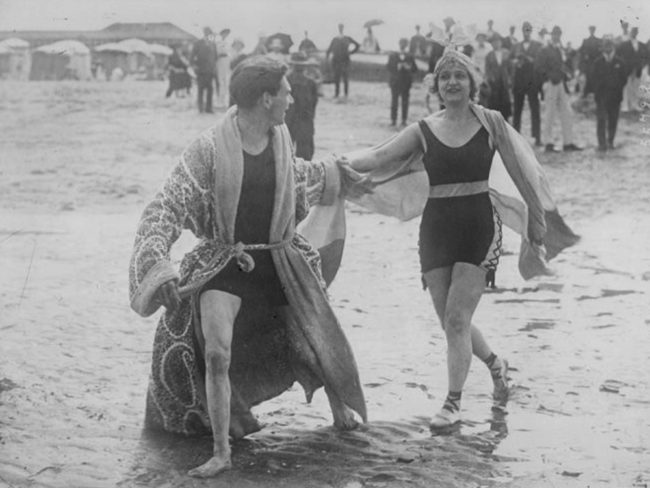 Get ready to swing your D.I.Y. beauty bucket. According to dancer Gabrielle Deslys, the best ablutionary activity for getting clean while improving circulation was to collect beach sand at Deauville, heat it on a stove, and then start scrubbing with it till the skin glowed.

“When I get out of the tub, I am rubbed with this until I am not only perfectly dry, but until my skin has attained a perfect polish, and feels soft and satiny. Afterwards, I am comfortable and so happy that if I were a kitten I could purr!”

Mademoiselle Deslys was also known for a dance called the “Gaby Glide,” and is credited with slaying the first strip tease on Broadway—while serving as a spy for the French government. Talk about a multi-tasker.

Dear film buffs: Gaby’s swan-shaped bed had a cameo in Billy Wilder’s “Sunset Boulevard” flick. She was a star, darn it. But that’s a whole other spool of thread. 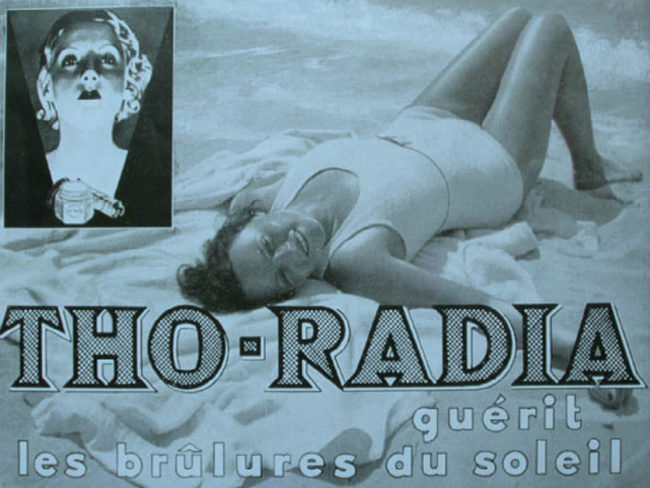 Every blue moon I spy, a beauty product by Tho-Radia at the flea market. Advertisement: Brack collection

Get out your Geiger counters.

After WWI, radioactive face creams, toothpaste, lipsticks, and bath salts were all the rage. In 1932, Dr. Alfred Curie (apparently—and amazingly—no relation to Madame Curie) launched the Tho-Radia line of beauty products, which promised lighter, brighter complexions. And no wonder he could stake that claim—they were made with glow-in-the-dark thorium chloride and radium bromide.

Advertisements featured a cool blonde washed in an eerie, bluish light who taunted, “Stay old if you want.” Ouch. Talk about sneer pressure. But Paul Frame, a curator of radioactive consumer goods, warns against the temptation to collect the Tho-Radia line because it’s still “an inhalation hazard that your lungs will not thank you for.”

In other words, it’s not such a bright idea. 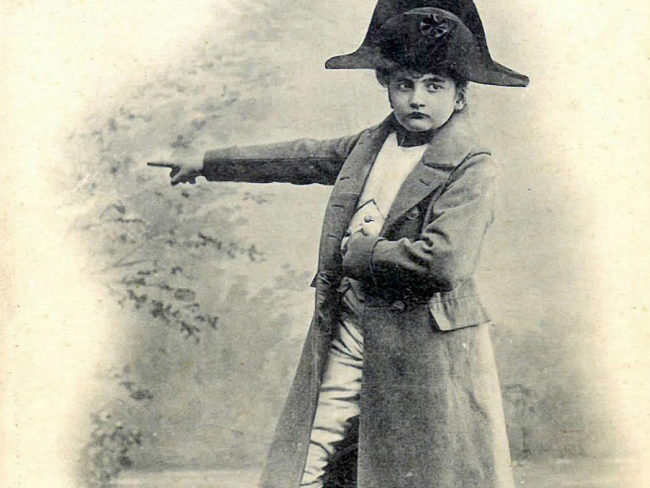 As Napoleon himself put it: Throw off your worries when you throw off your clothes at night. Postcard: Brack collection

Napoleon bathed regularly, back during a time when the average European bathed only once every few weeks. He even brought his bathtub with him on military campaigns. Legend has it that his beloved bathtub was lost on the morning of the fateful battle of Waterloo. At the time, he thought it as a very bad omen. It’s true—you could say he was all washed up!

A stickler for first-rate hygiene, Napoleon’s toiletry kit included a shaving basin, soap, licorice, a pair of tweezers for plucking the beard, toothbrushes, tongue scrapers, razors in mother of pearl and gold, combs, scissors, gimlets, cork-screws, a looking glass in a matted gold frame, and an ear picker—along with large gilt bottles for Eau de Cologne.

Cuckoo for the citrus-scented Eau de Cologne, Napoleon emptied as many as 60 bottles per month. All other scents were abolished, wrote his valet, Louis Constant Wairy. According to his faithful servant, the “Little Corporal” also had a habit of pitching his garments all over the room, believing—as Napoleon himself put it—that you “Throw off your worries when you throw off your clothes at night!”

I know the feeling. It’s quite therapeutic. And I wake up ready not only to take on the world but embrace it, too.

Be kind. Be invincible. Vote. And always keep your peepers peeled for inspiration.

As Henry Miller once penned, “The moment one gives close attention to any thing, even a blade of grass [or a bathtub?], it becomes a mysterious, awesome, indescribably magnificent world in itself.” 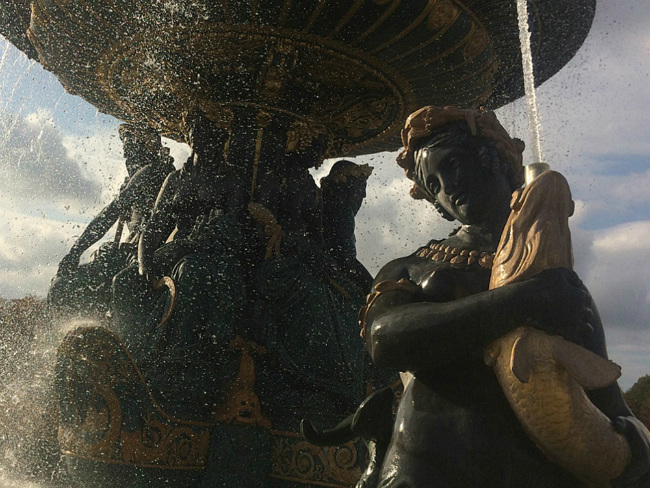