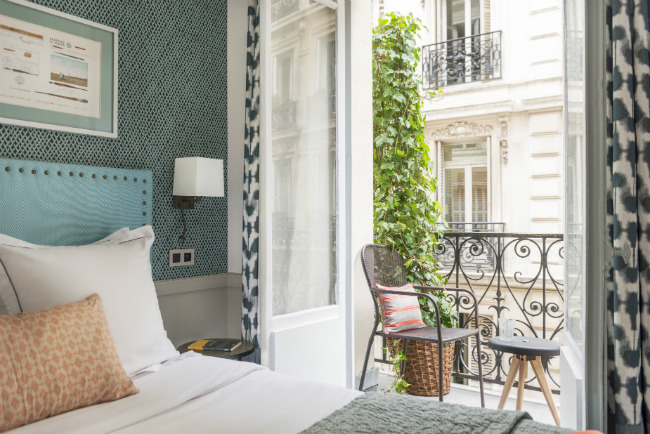 Nestled in Paris’s fashionable 9th arrondissement close to the Grands Boulevards and down a private passageway, sits four-star boutique hotel Adèle & Jules. As the name suggests, the hotel is composed of two identical buildings, each exhibiting the same unique charm and hospitality.

Opened in 2016 by the de Lattre family, this is the latest addition to their carefully curated collection of boutique hotels (also including Récamier in Saint-Germain and Hotel Thérèse near the Louvre). You are immediately made to feel welcome as Nicolas de Lattre greets you personally. 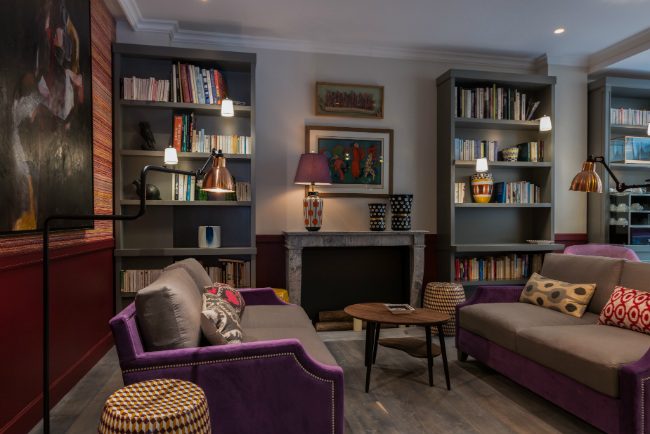 With modern and eclectic décor brought together by interior designer Stéphane Poux, you have the sensation of entering the home of a good friend. Comfortable couches, artful decorations and collections of books fill the lounges of Adèle & Jules. Other than the names, there really is no telling the twins apart. 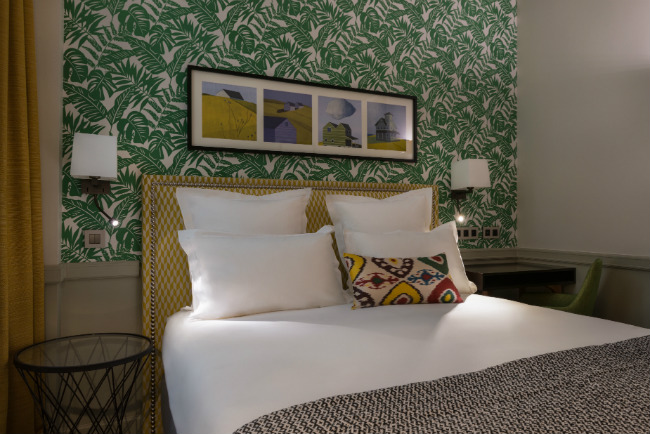 Each of the 60 rooms is designed in a distinct mélange of complimentary hues. Exotic ikats blend with graphic wallpaper and patterned curtains, creating rooms popping with color. Modern furniture with an Asian twist provides just the right balance. Rooms are all ample, ranging in size from 15m2 for a superior to suites at 32m2. Those with a balcony provide a glimpse onto neighboring Parisian rooftops. You might even catch the sunset. Bathrooms are discreetly dressed in white tiles with classic finishings and Parisian floors. 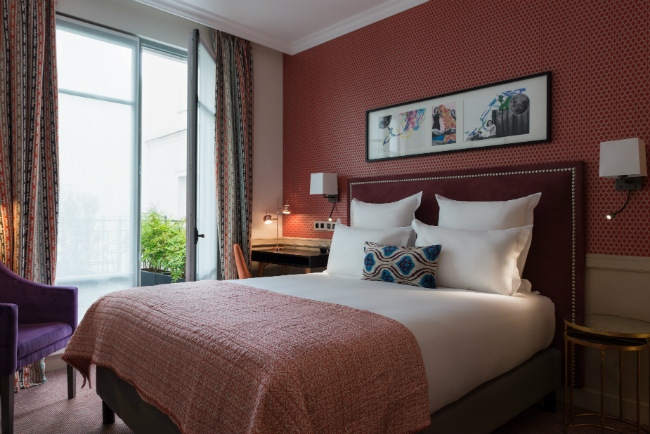 While staying at what feels like your own pied-à-terre, be sure to ask for the complimentary bicycles for a ride around the rive droite. Many reputable restaurants and fashion boutiques wait to be discovered, just minutes away. End your afternoon in casual comfort with high-tea at the hotel, offered daily from 4-6. 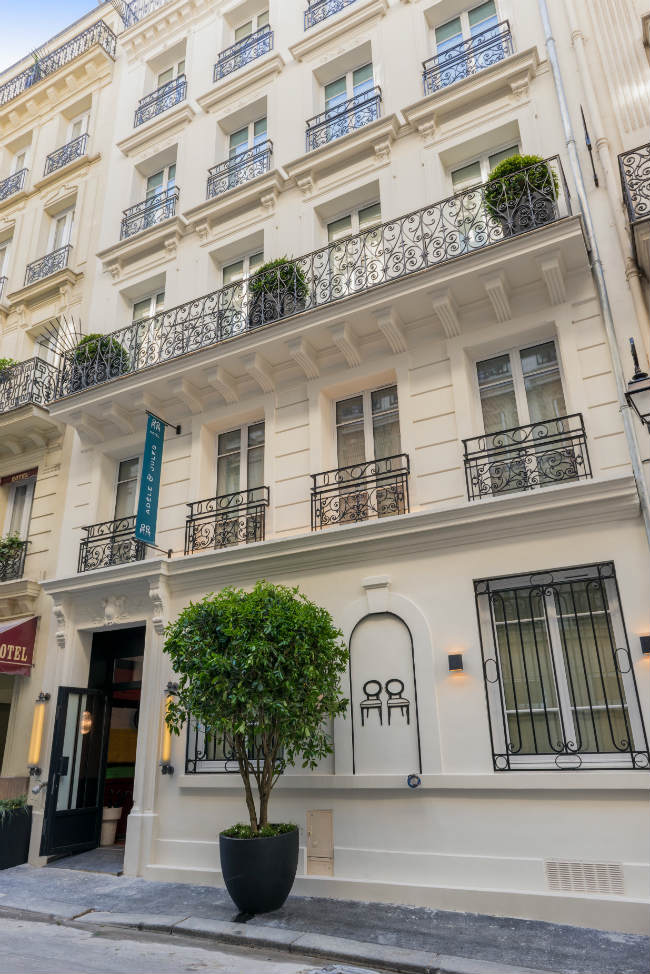