On the Trail of Artist Claude Monet in Paris 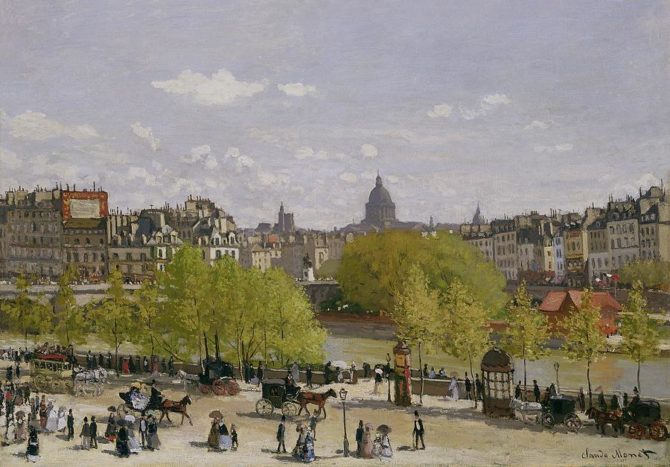 There is of course a lot to be said about Claude Monet (1840-1926), one of the founders of French Impressionist painting, and the fruits of his prolific career can be admired in Paris museums like the Orsay, the Orangerie, and the musée Marmottan Monet. But here I would like to concentrate on the artist’s Paris production. What paintings did he create in the City of Light, and where did he live in the grande ville?

Surprisingly, the great artist barely had an address of his own in Paris, although he was quite present – and active – especially during the years when the Impressionist movement got started. Monet was actually born in Paris at rue Laffitte (which, decades later, became an art gallery street), but moved with his family to Le Havre at the age of five.

Monet came to Paris during his youth and studied art… But where did he stay?

The only Paris addresses I have found are later in his life. After two years in Algeria as a soldier, during the mid-1860s, Monet stayed with his wealthy painter friend Camille Bazille (1841-70) in a studio on rue de Furstenberg in the Saint-Germain-des Prés area. Here are some paintings by Camille Bazille, one from the Furstenberg studio, one of Monet lying in a bed with an injured leg (1865) and the more famous one (1870) from Bazille’s studio Rue Condamine, where we also can see Renoir, Manet, Zola… and Monet observing the ongoing painting work. Bazille died soon after (1870), during the French-Prussian war. (You can see the same armchair in the two studio paintings.)

A second Paris address was when Monet stayed with another friend, the photographer Nadar (1820-1910) on boulevard des Capucines, around 1873. The building is still there, but quite changed in appearance. This is also where the first Impressionist exhibition was held in 1874. Monet made two paintings from there. 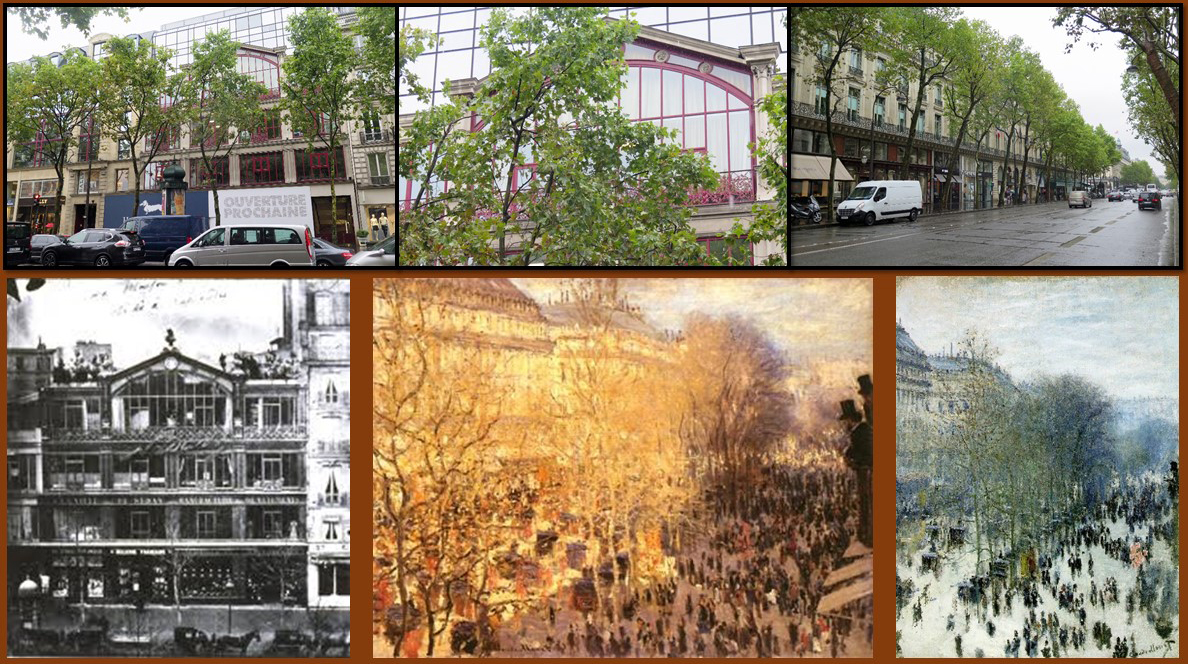 In the meantime, Monet met his first wife Camille, had a first child in 1867, and got married in 1870. They lived in poverty in Argenteuil, and Camille passed away in 1879. Monet then met Alice, who helped to raise his two children, and later married her in 1892. At this point they had already discovered the magical Giverny in Normandy.

So, which Monet paintings do we have from Paris, apart from the two from Boulevard des Capucines?

Above is one from 1867 overlooking the Seine and part of the Île de la Cité with the Pantheon in the background. He must have stood on the south-east corner of the Louvre, but higher up than I managed to do when taking the adjacent photo depicted in the montage. Perhaps his style is not yet very “Impressionist”?

The same year he painted the Saint-Germain-l’Auxerrois church, evidently standing at the Louvre main entrance. 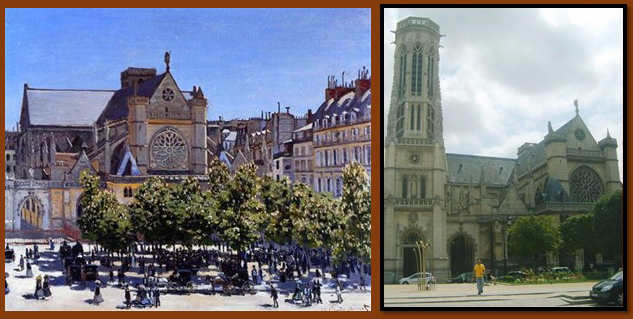 In 1871 he painted the Pont-Neuf bridge. (Renoir clearly stood at the same place a year later.)

Part of the Tuileries Gardens were painted in 1876. Monet must have created the canvas from the top of one of the Rue de Rivoli buildings.

In 1877 – three years after the first Impressionist exhibition – Monet made a large series from Gare-Saint-Lazare. (We know that he often did a multitude of paintings of the “same thing”, like the Rouen Cathedral under different light conditions.) 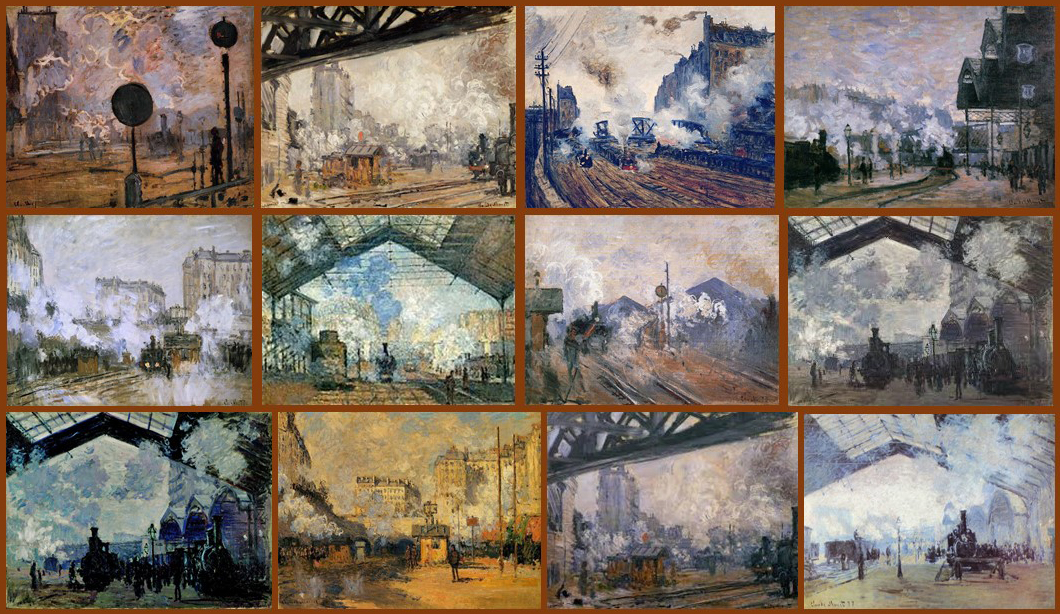 He then even painted the close-by Pont de l’Europe. It was difficult for me to find the same angle. The bridge railings have been modified since – see also how Caillebotte painted the bridge a year earlier. 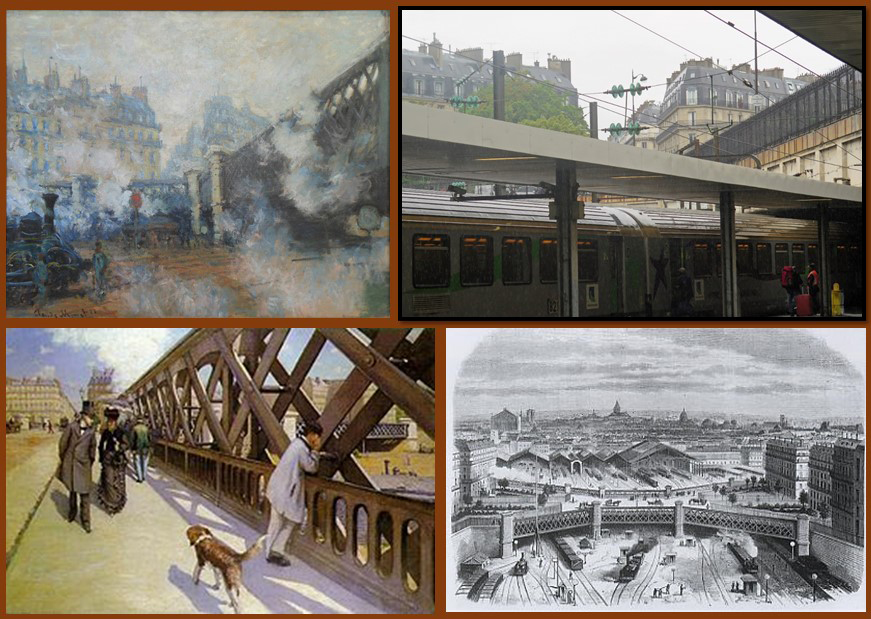 Between 1876 and 1878 Monet made some paintings from Parc Monceau – difficult today to find exactly where. The trees are not the same or not of the same size… 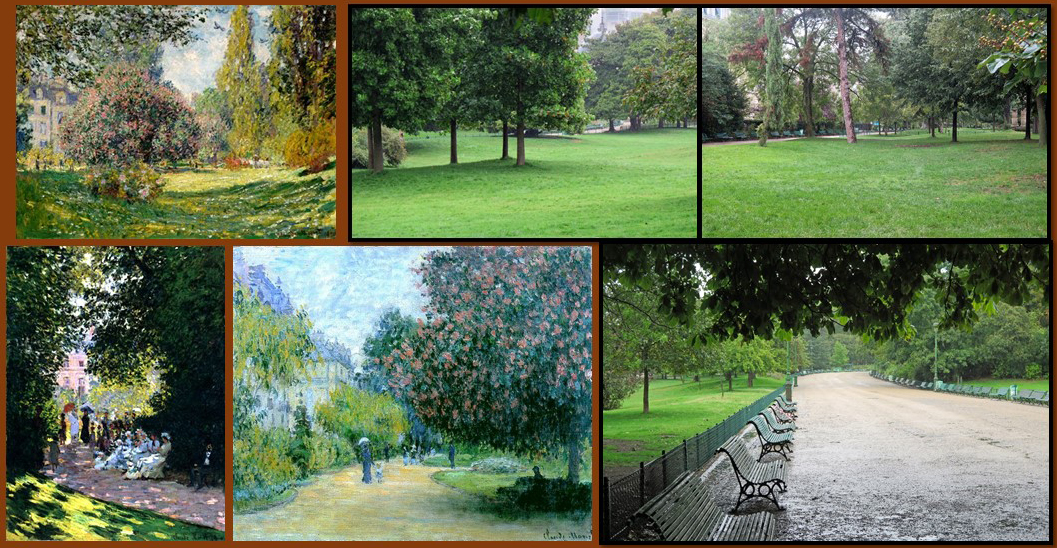 In 1878 he illustrated a June celebration (often wrongly perceived as a July 14th event) on the rue Montorgueil.

These are all the Paris paintings I have found.

Adapted from a story on the blog Peter’s Paris, the city as seen by a retired Swede. All photo montages were created by Peter Olson.

Previous Article Paris Restaurant Buzz: The Launch of Le George and Le Grand Restaurant
Next Article Top Things to do in Paris this Winter

Peter Olson is a retired Swede who has lived in Paris since 1974. An expert on the city of Paris, his photos and insights can be found on his blog- which he's updated for over seven years. Peter also volunteers as a "greeter" for tourists in the city of Paris (http://www.greeters.paris/?lang=en).