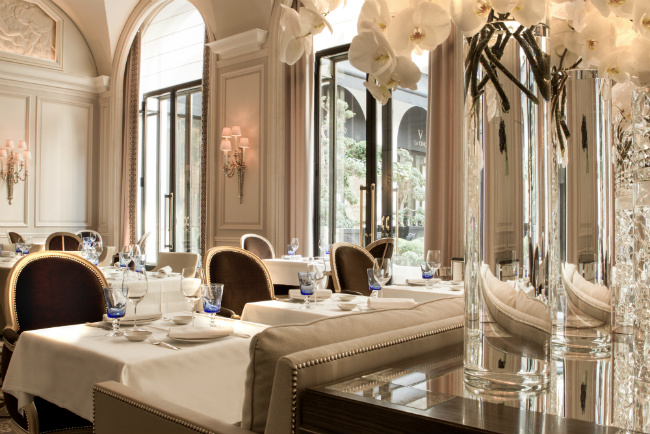 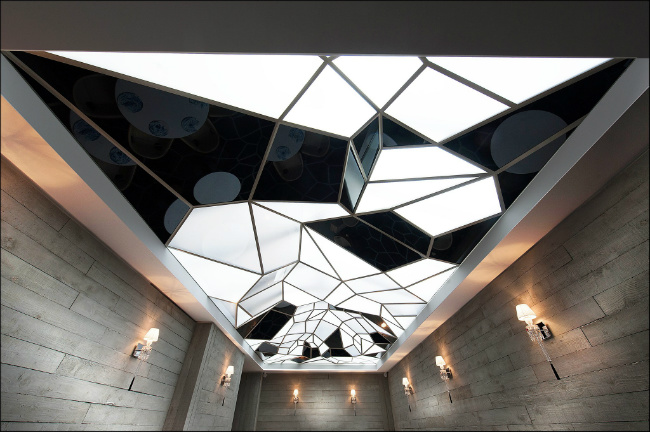 Two exciting new gastronomic restaurants have opened in the 8th arrondissement, and Parisians can’t stop talking about them. Here’s the scoop.

Located on a tiny street off the Faubourg Saint-Honoré, next door to St. Michael’s (the “English Church”) and steps from the Elysée Palace, Jean-François Piège – Le Grand Restaurant recently opened.

A touch of humor here with a nod and a wink to the cult 1966 French comedy thriller, Le Grand Restaurant, starring Louis de Funès and Bertrand Blier. “It will be a Grand Restaurant in quality, not size,” says Piège of his 25-seater space. 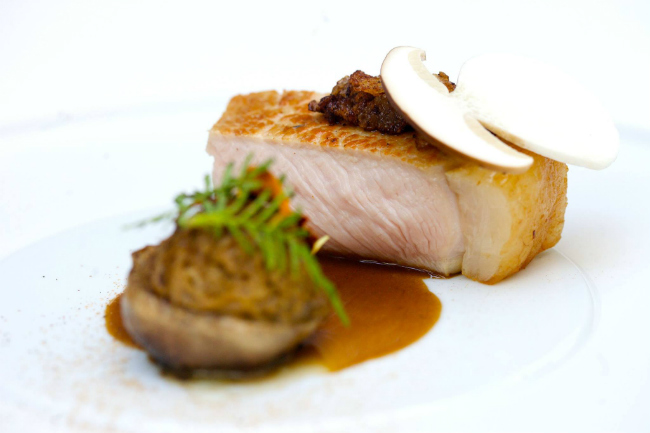 Standing at the impressive metal door which traces a map of Paris, he reflects. “This is the restaurant of my life.” For the talented, and innovative, Michelin two-star chef, it’s the realization of a dream cherished since his student days at Tain l’Hermitage Catering School in Lyon.

Born into a family of market gardeners in the Drôme region, Piège completed his Military service followed with posts at L’Hôtel de Crillon, working with chef Christian Constant, and the Plaza Athénée, under Alain Ducasse. He became famous for mixing the traditional codes of the palace hotels with his hip style of modern cuisine. Then, with Thierry Costes, he re-created Thoumieux, the legendary Left Bank restaurant, hotel and pâtisserie, for which he won two Michelin stars. Then, last December, he launched Clover, the contemporary left-bank eatery, and at the time of writing, a second Clover is planned to open on rue Bailleul, near the Louvre.

Piège makes no secret of the fact that he’s chasing a third Michelin star. A tall, dark, thoughtful man he has a penchant for antique books, Hublot watches and snazzy Louboutin shoes. 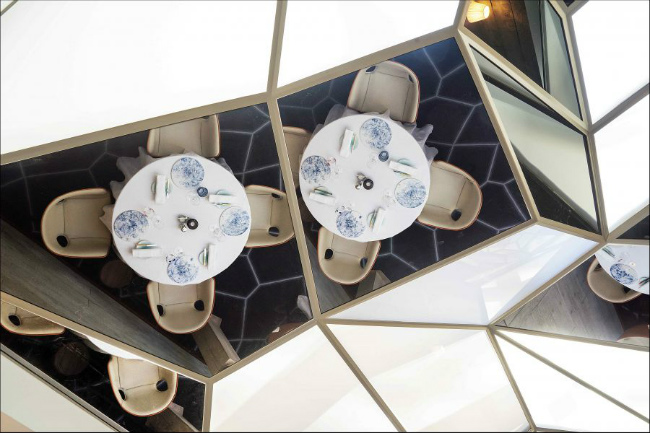 The smoked glass wall in front of the state-of-the-art kitchen means that passers-by can peep in, spy the chefs at work, sniff the herby aromas. Guests arrive via the kitchen, on the left, and, on the right, they marvel at the wine wall, before continuing to the dining area. Designed by Californian architect Gulia Jonsdottir, the room is illuminated by a dramatic polygon glass dome.

In the kitchen Piège and his team create market driven dishes at the oval oven designed by the chef. Asked to describe the dishes, he says, “I call my concept Grilloté, a contraction of grilling and basting. I’m cooking, say, veal chops on a bed of grilled hazlenuts, venison on chestnuts and blue Brittany lobsters, in their shells, wrapped in fig leaves.” If Piège were to describe himself as a dish, he’d probably be Pommes soufflé craquante, served with an emulsion de crustacés and caviar. (Lunch 80€ – dinner menus are 180€ and 220€ between 115€-195€ for A La Carte plus drinks). 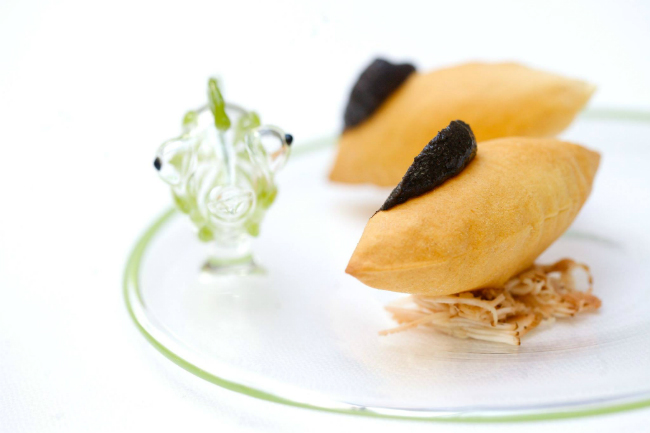 The Mediterranean cuisine is showcased by Tuscan born Michelin star chef Marco Garfagnini. “It’s a journey between the French riviera and the North of Italy,” says Marco.

This is a chic, exciting new address. And next Spring, the Orangerie will open onto the courtyard, so you’ll be able to dine inside/outside. 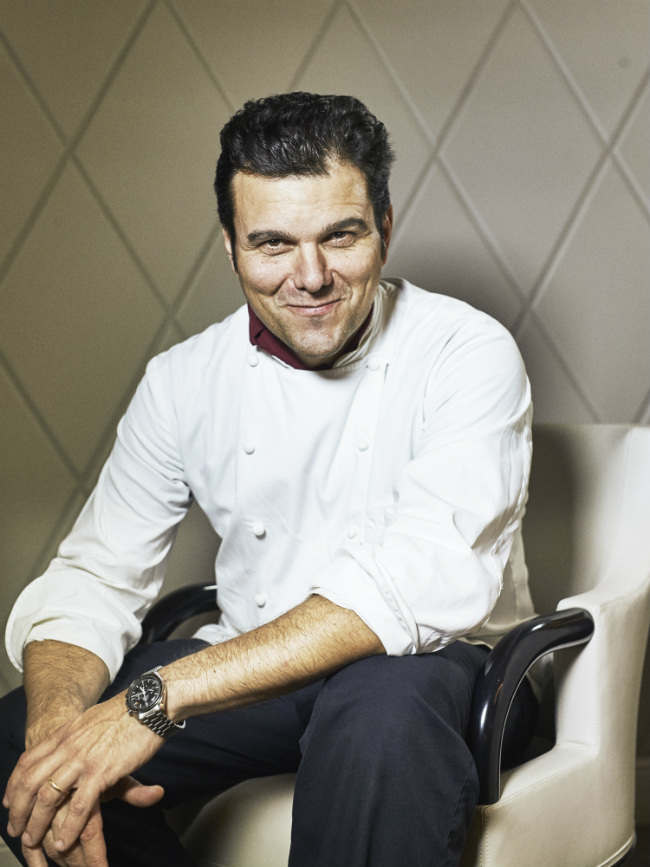 Previous Article Spooky Paris Tales: From Cimetière des Innocents to the Catacombs
Next Article On the Trail of Artist Claude Monet in Paris