Not-to-Miss Exhibit in Paris: The Open-Air Studio, Impressionists in Normandy 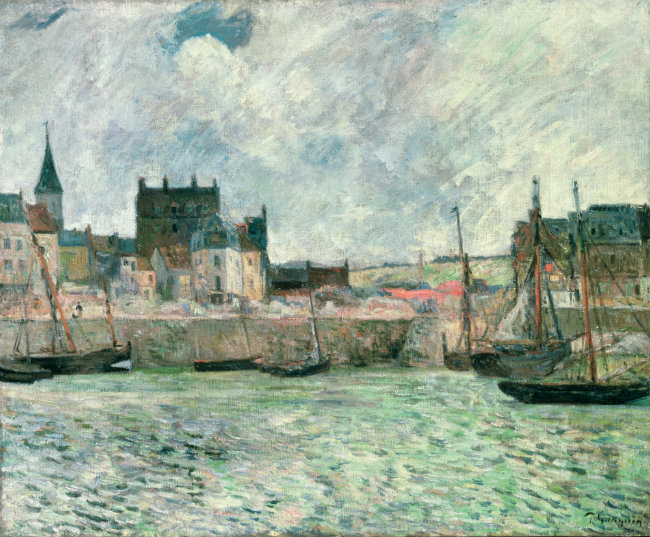 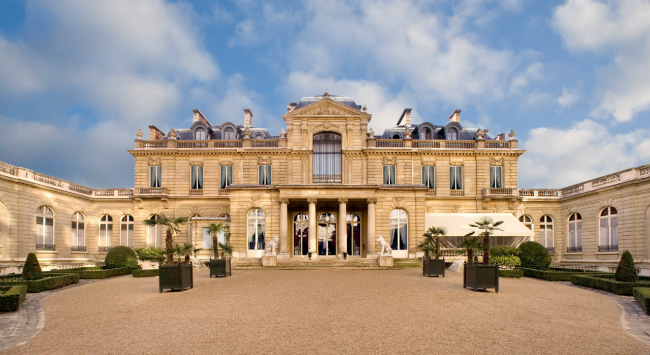 A very special exhibition at the Musée Jacquemart-André, “L’Atelier en Plein Air: Normandie et les Impressionists” (The Open-air Studio: The Impressionists in Normandy) is on until July 25th. Truly one of the most interesting ever, as recent research has revealed to art historians the link between English landscape painters — the first to paint out of doors, with their watercolors — and the work of the emerging Impressionist painters, long before they had appropriated that name.

It disputes the previously-held belief that the Impressionist movement began with the 1863 Salon des Refusés or the 1874 Impressionists’ famous first group show on the boulevard des Capucines in Paris, and extends its scope from the Ile de France (Paris and its surrounding areas) to Normandy, going back as far as the 1820s. It was then that English painters such as Bonington and Turner came from London to Normandy, where they befriended French artists who then traveled the reverse route to London. Normandy was artist-friendly: its sandy beaches, subtle light, changing tides and atmospheric conditions seized their imagination, while the chic new trend of sea-bathing, popular all along the coast of the Channel, pulled in an affluent crowd, providing new subjects for canvases they were eager to to buy. Amusing snippets of film reels document arrivals at newly-built train stations and of bathers frolicking about animate the show and transport us into their world.

The Jacquemart-André Museum gleaned works from many private collections, many never before shown in museums. It is a thrill to see ‘new’ and unfamiliar pieces by Monet, Renoir, Morisot and Pissarro, as well as unexpected works by Gauguin, the young Signac, Caillebotte and the lesser-known but highly-talented Cals. 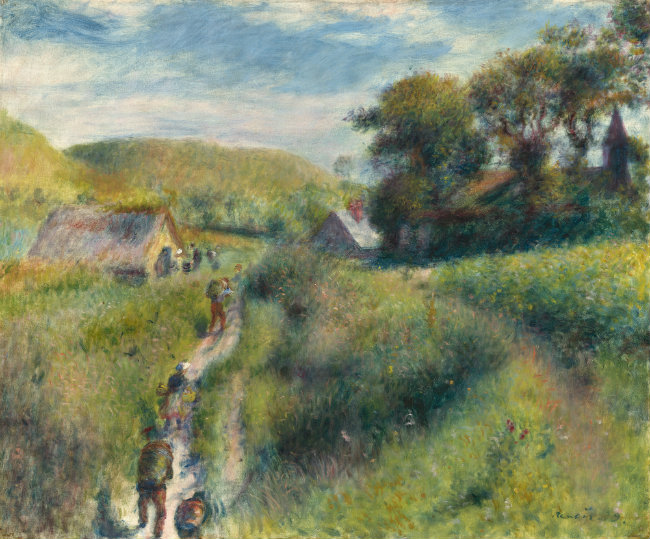 Renoir’s canvas of mussel-harvesters returning home, baskets harnessed on their backs as they wind through country roads, shimmers with a dream-like beauty. The only Impressionist to use glazes, Renoir treats his scene with an iridescent glow.

Gauguin surprises with his Port of Dieppe, painted around 1885 during the early years of his artistic career. At this time, he lived briefly in Rouen in the company of Pissarro, who taught him the Impressionist technique. In the space of about three months, he produced about 25 paintings. The work on view, although not one of his masterpieces– these will come later during his tropical island years– gives a glimpse of his imaginative palette. Here Gauguin plays with hues of green in his depiction of the sea, rather than handling reflections of the sky and the surroundings on the water. 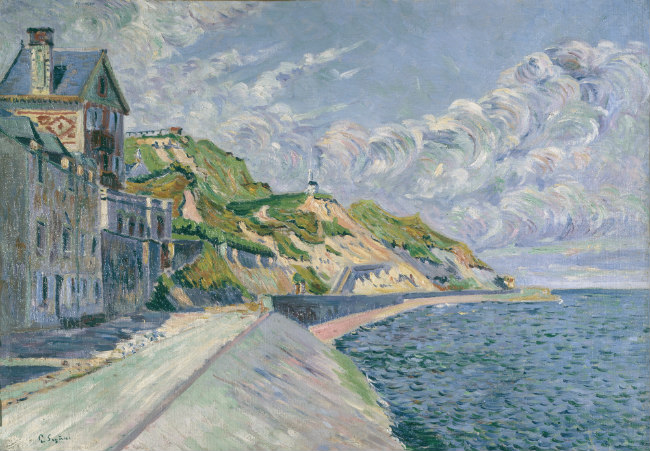 One of the most fetching works is Paul Signac’s Port-en-Bessin, painted when he was 21 years old. Monet was his hero; he travelled from Paris to meet him after copying many of his works and they became life-long friends. Signac incorporates the short, lively brushstrokes of the Impressionist style, but his interpretation of rolling clouds are like no one else’s. They read like waves charging across the sky. 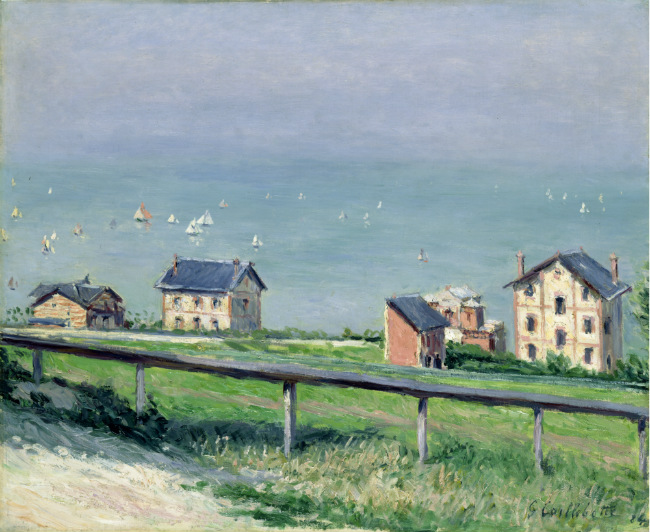 Painter, patron, yachtsman and horticulturist, Gustave Caillebotte, whose talent is only of late receiving its due, is here with his Regattas in the sea at Trouville. With his signature aerial vantage point, he creates an unique view of houses in the foreground; a flurry of sailboats glide in the distance. Subtle blues, pink and lavender describe the sky. 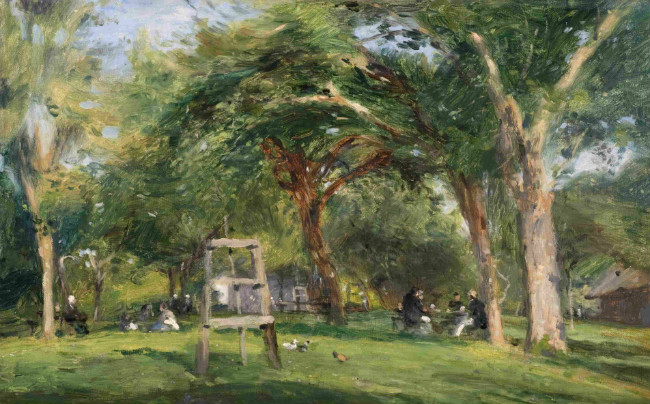 The Ferme Saint Siméon in Honfleur, today synonymous with luxury dining and famous for its helicopter pad, was once a country auberge and favorite port-of-call for artists and writers such as Monet, Boudin, Jongkind and Baudelaire. Known for its wonderful hostess and great food, painters were captivated by its magical sea views and luxuriant landscape. It is a pleasure to discover the work of the lesser-known Felix Cals, whose lunch scene under the verdant bowers of oak trees speaks of simpler times.