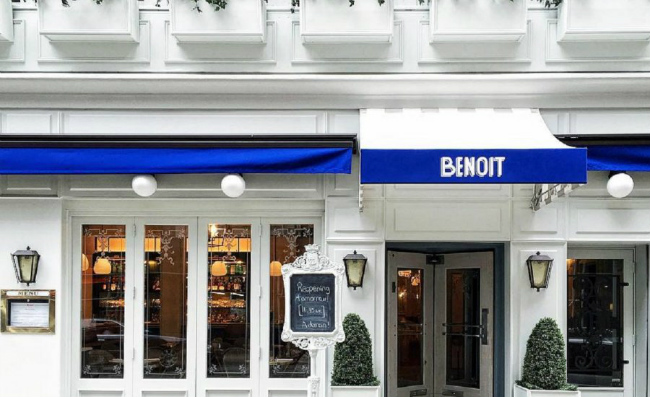 Mark your calendars. On March 21 you can participate in the world’s biggest French dinner, as 3,000 restaurants and 150 embassies across five continents celebrate Gallic gastronomy with Goût de France/Good France 2018. This fabulous spring event is the brainchild of chef Alain Ducasse in partnership with the French Ministry for Europe and Foreign Affairs.

First launched in 2015, Goût de France/Good France is a recognition of the importance of French cuisine as a global diplomatic tool. The food and culinary heritage is, in fact, a major draw for tourists to France. In 2010, the “gastronomic meal of the French”– a multi-course affair (cheese, please!) including the ritual of wine pairings and table settings– was honored by UNESCO as part of the “intangible cultural heritage of humanity.” French food isn’t just delicious; it’s a convivial social event.

This year’s edition of Goût de France/Good France will also pay homage to the late, great chef Paul Bocuse, who passed away earlier this year. Participating chefs will have the opportunity to include one of Bocuse’s dishes (or one inspired by him) on the menu. Goût de France/Good France 2018 will also have a regional focus, celebrating Nouvelle Aquitaine (a newly formed region combining Aquitaine, Poitou-Charentes and Limousin), that’s home to many outstanding products, including Bordeaux wines.