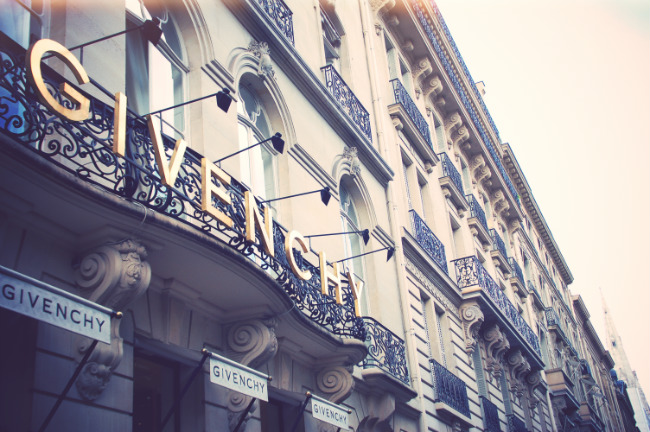 And the fashion community mourned a great loss. His passing occurred just after the wrap of Paris Fashion Week for the Fall 2018 shows.

The fashion giant created an eponymous fashion label, Givenchy, that has been a mainstay in Paris and around the globe for over 40 years. One of his most significant fashion impacts was designing costumes for the film Breakfast at Tiffany’s staring Audrey Hepburn. The iconic look of her black dress went from Givenchy’s mind to film screens and photos across the globe.

The New York Times said of Givenchy’s impact: “…emblematic of a generation of gentlemanly designers who established their couture houses in postwar Paris, nurturing personal relationships with customers and creating entire collections with specific women in mind.”

So a mixture of excitement, but also sadness, infiltrated the Paris fashion world as a legend left, but new ones emerged with new looks, new styles, and steps towards the future.

Another fashion legend who has passed, Alexander McQueen, had his legacy carried on as the house of McQueen displayed new looks on the runways. Alexander McQueen has long been a fan-favorite from everyone to Madonna to breakout star Tiffany Haddish, who wore a long, white McQueen gown when she hosted Saturday Night Live earlier this year.

At this season’s McQueen show in Paris, insects were the name of the game. Butterflies and beetles peppered models’ looks, created by Sarah Burton, who now helms the line as creative director. (Burton designed Kate Middleton’s wedding gown for her marriage to Prince William.) Burton’s fall line was inspired by nature and the insects found in it; jackets with butterfly-esque wings were found in the collections, which was rich with fall colors like deep reds and navy. Models on the runway wore necklaces with butterflies on them as well. And skirts with images of beetles upon black tulle were seen too.

Christian Dior’s show at Musée Rodin included lots of blacks, whites, reds, and geometric prints, some reminiscent of an 80s Working Girl look – one of fierce style and unabashed confidence, a mix of the masculine and feminine. And other looks gave a sense of Beatlemania and that bygone Swingin’ 60s age of Londontown. All in all, there were many powerful looks ready to take on anywhere from 5th Avenue to Carnaby Street.

At Giambattista Valli’s ready-to-wear collection at Palais de Tokyo, models’ faces were sprinkled with heaps of glitter, making them look like magical fairies in a Midsummer Night’s Dream. Of the makeup process, Vogue reported: “…makeup artist Val Garland laid the prismatic pigments on thick in shades of silver, rose gold, fuchsia, and violet until each girl—including Londone Myers and Emm Arruda—looked as if she were wearing a mask….”

Louis Vuitton closed out the week with an incredible show at the Lefeul courtyard at the Louvre. Elle Magazine captured the French brand’s looks with an artful eye.

As always, one of the best parts of fashion week was the “street style” looks found in Paris, which were chronicled by one of the best street style tastemakers, Vogue. Pictures of models, editors, style makers, and show attendees made the dreary Paris weather shine with otherwise nonexistent color. Rainbow colors made people pop on the street, and stand out like bright, beautiful butterflies flurrying around a garden.

Among the classic design houses were newcomers too. French designer Marine Sèrre had her Paris runway debut, and to great acclaim at that. Sèrre was a recipient of the prestigious LVMH Award. Her show included interesting body suits and denim jackets – a far cry from other more illustrious houses, yet also striking in originality.

Like McQueen’s butterflies, out of something ordinary there can become something beautiful and spectacular. And that’s the great thing about fashion – it is cyclical, it is everlasting, and with the passing of something older, something new grows from it.