Cheese, Please! Fascinating French Fromages (and Where to Buy Them) 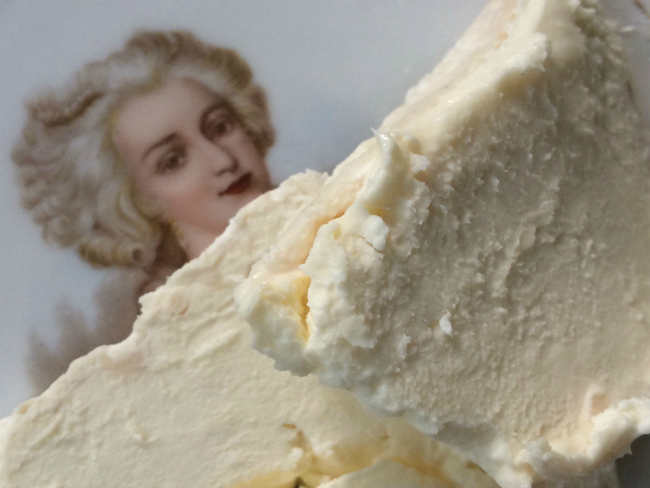 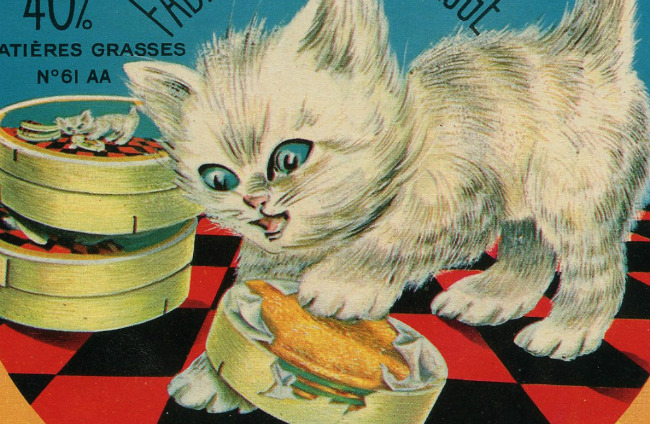 I’m a cheese fanatic. After just one nibble, my joy swells within me as I skip down the cobblestones. How deep is my love? Let me count the ways.

Here are three favorite French cheeses from France, along with a few historical tidbits to help plump up your cocktail party conversation. After all, what’s a cheese plate without some cow tales? I shh-udder to think! Plus, their ethereal flavors will send your taste buds over the moon.

Meet one of the oldest cheeses in Normandy. Making its debut in the 13th century, Livarot (a.k.a., “the Colonel”) is traditionally ringed in stripes of sedge—hence the nickname. Firm and spicy, it’s an absolute force of nature. It’s also pretty darn barnyard smelly. 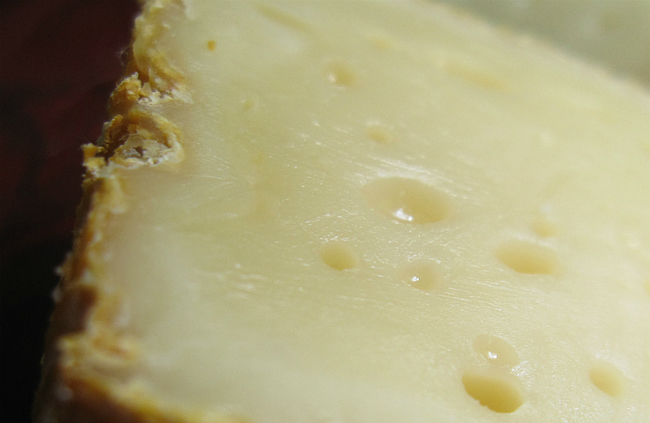 Just how smelly? Let me tell you a true story.

A man walks into a bar. The year is 1879, and the Café Rat Mort in Pigalle is jumping. The man orders a drink, and asks to stash his bag behind the bar counter. The bartender agrees. After a few drinks the man heads off, forgetting his bag. The evening advances as usual until a strange smell begins to hit the ceiling fan. Soon mutters become complaints, loud and clear.

According to newspaper accounts, a “diligent search follows, and by the process of following their noses, the hunters come upon the respectable person’s black bag. At once a horrible suspicion seizes every mind. No doubt the bag contains human remains in an advanced stage of decomposition, and one and all refuse to touch it!”

The Police, a Commissary, and two gendarmes are called to the scene. “Holding their noses, all gather round the pièce d’accusation. The fastenings are quickly undone, and the eager hands of the Commissary expose to view—a somewhat ancient Livarot cheese!” 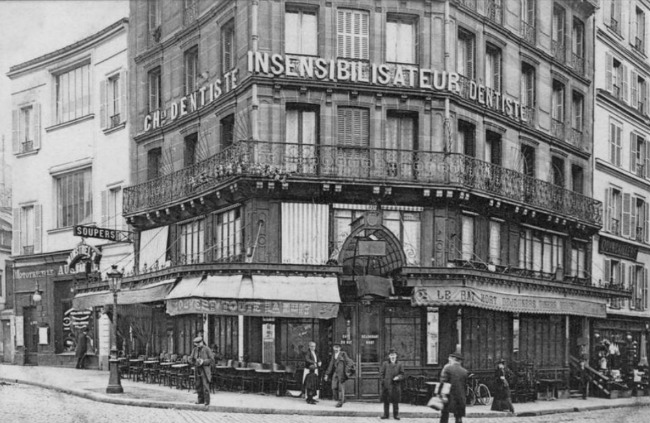 So take heed! If you’re into stinky, do keep your shopping bag with you at all times. But for the love of bucket lists, Livarot can be a rare treat when paired off with red wine or apple brandy. Just do it.

Victor got it right. You also might find yourself thrashing or crying like a baby if it melts on your own plate in the next heat wave!

“Butter of the gods” is what I call this very velvety, voluptuous beauty. I’m cuckoo for fresh salted butter, so for me it was love at first bite. In fact, I squealed. Read my hips. This decadent triple-cream cheese from Rouen contains a whopping 75% butterfat and about 40% fat overall.

During the 1930s, Henri Androuët named the cheese after the 18th-century French gastronomic guru, Jean Anthelme Brillat-Savarin. A master of words and cuisine, B.-S. is responsible for such gems as: “Tell me what you eat and I will tell you who you are,” and, “A dessert without cheese is like a beautiful woman with only one eye.”

Hoping to avoid the need for an eye patch, this little piggy will be returning to the market for more. Serve it with a sparkling wine or a palate-cleansing beer. The carbonation will cut the fat, while enhancing its milky mushroom flavor. While in Paris, sample Brillat-Savarin as a fresh young’un, I scream. Heck, we all scream for triple cream. 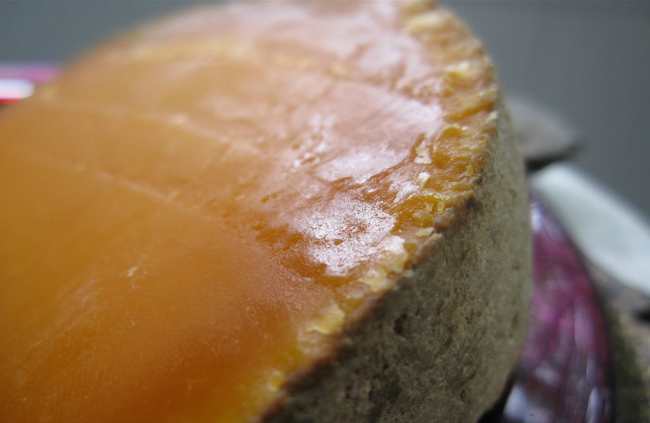 After the Sun King banned imported goods from Holland in the 17th century, the folks in Lille, in northeastern France, put their heads together, and created a copycat version of Edam, their favorite cannonball-shaped Dutch cheese. To make it sound more French, they named it Mimolette. After all, a rose by any other name should be just as nutty. Today, “La Boule de Lille” is also now made in Normandy.

So what’s the difference?

Though both have the same basic texture and spherical shape, Edam is dipped in red wax, while Mimolette features a natural waxless rind that gives it a neon orange hue. And, thanks to the addition of cheese mites, it is riddled with holes. Yes, that’s right—flour mites, as in bugs. By the time it’s mature you could call it “high and mitey.” But fear not, they’ll all have flown the coop by the time a finished Mimolette makes it to market. So don’t even think about it.

Instead, go vintage. The older, the better, my friend, is what my fromager always tells me with a wink. Yes, given enough time, Mimolette eventually blossoms, revealing a rich, salty, hazelnut flavor. Looking very much like a cantaloupe both inside and out, try the “vieille” or the flaky “extra-vieille” that’s been aged 18 to 22 months. 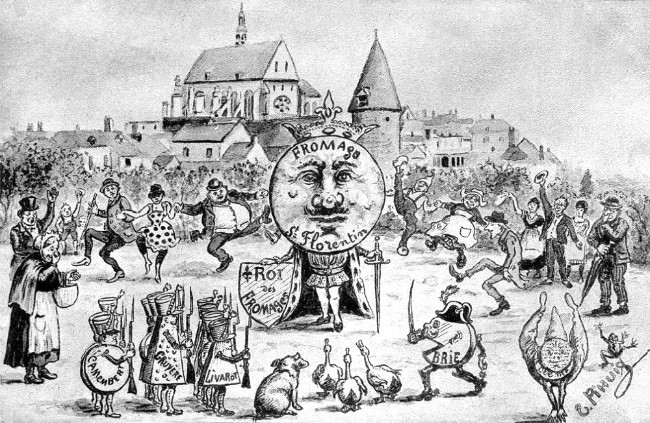 So where to shop?

I’ve got two favorite fromagers-affineurs in Paris. If you’re interested in trying Mimolette at the even riper old age of 30 months (!), get the ball rolling with a visit to Alléosse Fromagère on 20 rue Clairaut (17th arrondissment). Second-generation cheesemongers Philippe and Rachel Alléosse are highly skilled and passionate about the art of cheese maturation. There’s nothing quite like their homegrown golden moldies!

Chez Virginie Fromagère, located at 54 rue Damrémont (18th arrondissement), is also a personal favorite. Virginie herself is a third-generation cheesemonger, and extremely friendly and accessible. If you’ve got a question, don’t hesitate to ask. Virginie even teaches wine and cheese classes. Check out the website for details (www.chezvirginie.com).

As Julia Child once wisely put it, “Life itself is the proper binge!” Bon Appétit!