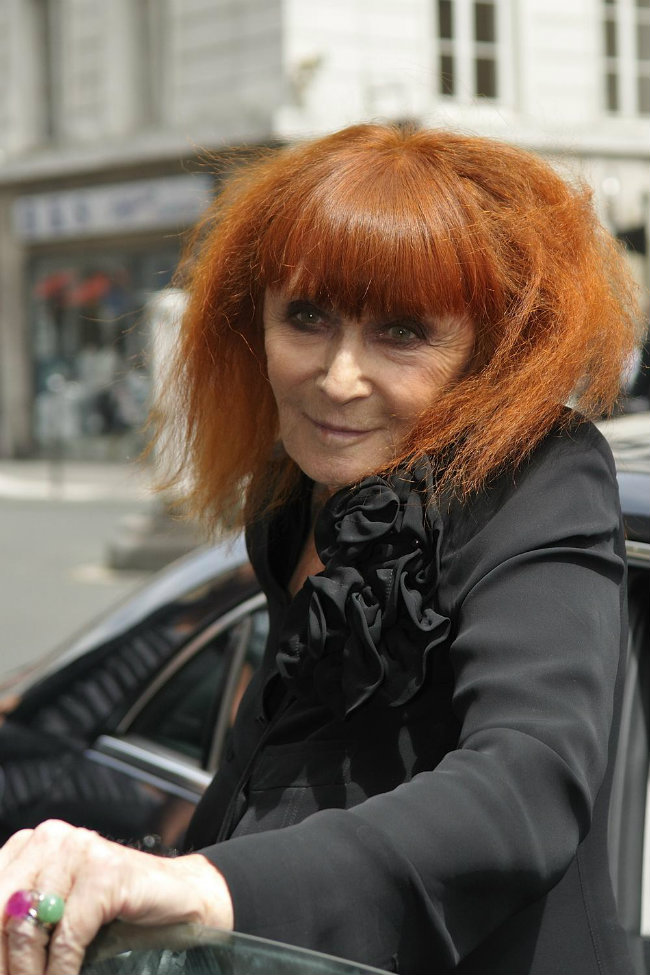 The fashion world has lost an icon, a pionner and an artist. Credit : Dominique Issermann

There’s something special about powerful women who are unabashedly, unapologetically themselves.

Rykiel died on Friday, August 25, 2016, in Paris. She was 86. She passed away due to complications from Parkinson’s disease, which she’d suffered from since 1997. She released the news of her illness in 2012.

Rykiel was an individual powerhouse that left an imprint on the Paris – and global –fashion world. She once said: “I am what I am…I always did what I wanted to do, sometimes without listening to the people who warned me not to do this or that.”


Born on May 25, 1930, to Jewish Russian and Romanian parents, Rykiel (née Flis) became a woman of high achievement and great juxtapositions. As a headline in The Guardian read after the news of her death: “Sonia Rykiel: the pioneering knitwear designer who couldn’t knit.”

The young Rykiel got her first footing in fashion at 17 years old, when she got a job decorating window displays at Grande Maison de Blanc. And as the lore goes, artist Henri Matisse walked past one of her displays which showcased a bunch of scarves, and he was so moved that he bought every single scarf. 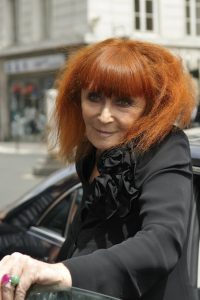 “Queen of the Knits” (as dubbed by Women’s Wear Daily) Rykiel was known for her knitwear, in particular, the Poor Boy Sweater. It is defined as: “a snug-fitting, pullover sweater with ribbing on both the body and sleeves, worn by girls and women.”

The inception of Rykiel’s Poor Boy Sweater was born from necessity: she needed something large, stretchy, and comfortable to wear while pregnant in 1962. The piece was a hit with her friends, they placed orders for their own, and the rest is history.

She emerged in the early 1960s with the hot item, and it has enjoyed lasting popularity ever since, along with cyclical resurgences, which are so common in fashion. Vogue Paris declared in a September 2013 issue “Sonia Rykiel’s Poor Boy Sweater strikes back.”

The item made a name for itself and for Rykiel when it landed on the cover of French Elle, leading stars like Audrey Hepburn and Catherine Deneuve to buy multiple sweaters in varying colors.

The designer founded her eponymous fashion label in 1965, and it steadily grew, following the opening of her own store in Saint-Germain-des-Prés in May 1968. The label produced clothes, perfumes, and accessories. Her brand continues to thrive, and its items can be purchased globally. 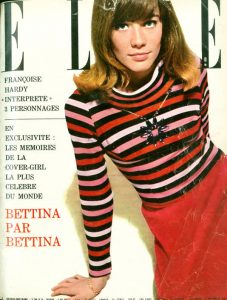 On the label’s website, there is currently a note of tribute on the homepage which reads: “It is with deep emotion that the House of Sonia Rykiel announces the death of its founder, Mrs. Sonia Rykiel. With her passing away, the fashion world has lost an icon, a pioneer and a huge chocolate lover. More than a designer, she was an extraordinary woman and an artist who devoted her life to women and their freedom.”

In addition to her contributions to fashion, Rykiel was an accomplished writer as well, and had her first book published in 1979, Et Je La Voudrais Nue. Several other books followed. Her last was N’Oubliez Pas Que Je Joue, which she wrote with Judith Perrignon. (It was in her final book that she shared the news of her diagnosis.)

The designer also dipped her hands into various other artistic endeavors, such as an appearance in a Robert Altman film, Prêt-à-Porter, and contributing to the interior design of Paris’s famed Hôtel de Crillon. She was a true Renaissance Woman, and she was distinctly herself.

Throughout the years, she was known for her uniform color palette, which often included blacks and dark greens, and sporting her bright red bob-ed haircut. She once declared that her color was black, and that, when worn right, it could scandalize.

Rykiel had an endearing view of Paris, too. She believed: You can create fashion everywhere in the world, but the place where you are crowned is Paris.

And she was crowned in Paris through and through. The longevity of her career (in the notoriously fickle industry of fashion, no less) is proof of that. 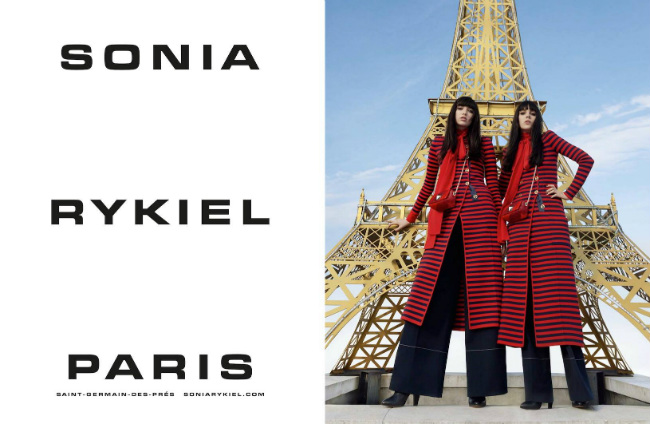