Cooking Classes with Nobu at Le Royal Monceau-Raffles in Paris 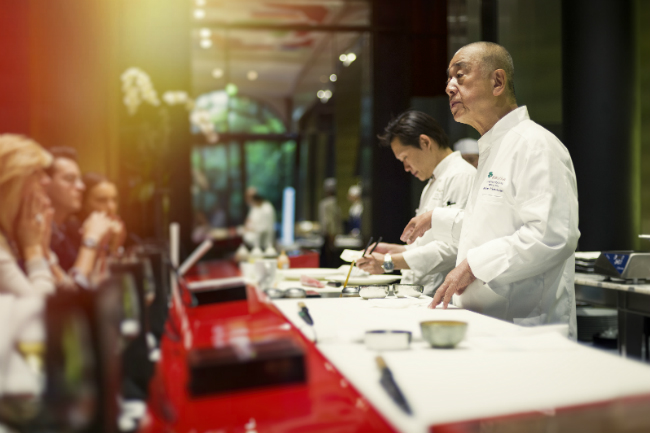 “You can tell how much fun a city is going to be if [a] Nobu is in it.” –Madonna

“As a chef I like to see my customers smiling,” says Nobuyuki “Nobu” Matsuhisa, looking me in the eye over the burgundy and black sushi counter at Le Royal Monceau where his restaurant Matsuhisa Paris launched in 2016.

From time to time, Nobu– alongside his executive chef, the delightful Hideki Endo– lead “Sushi Classes,” revealing the gestures and traditions of making such delicacies as Salmon New Style Sashimi, Yellowtail with Jalapeno, Sea-bass Sashimi with dried miso, Vinaigrette Sushi rice and seasonal salads with “dry miso.” All dished up on minimal Nobu-designed tableware. 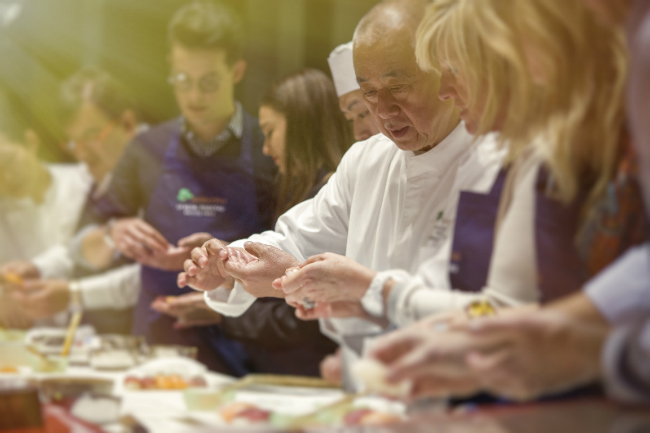 “All you need are ten fingers,” says Nobu. My efforts are not appreciated and he does not seem to think I have a future in a sushi bar anytime soon. “Does Robert de Niro (a partner and friend) do better than me?” I enquire. “He’s never tried, but if he did he’d probably be worse,” he chuckles. Chef Hideki grins and tells us, looking at me for comfort, that it takes at least ten long years to become a sushi master – so there is hope after all! 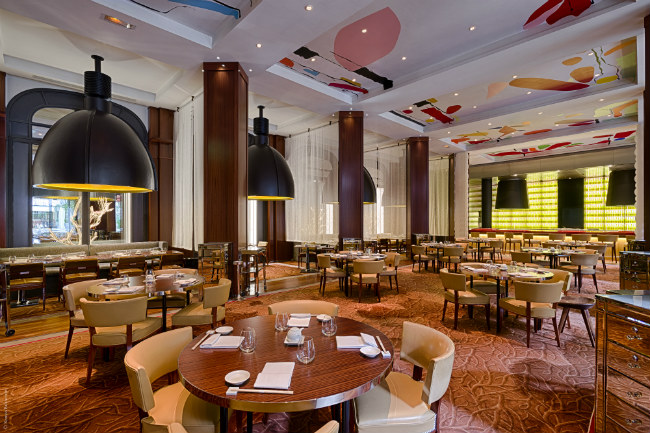 In 1994, Nobu opened in New York City in partnership with actor/producer/director Robert De Niro and the following year won “Best New Restaurant” from the James Beard Foundation – the rest is history. Today Brand Nobu has 47 restaurants and six state-of-the-art hotels globally – and counting!

For Matsuhisa, Tokyo’s a city of gastronomic reference. “You find more Michelin stars there than Paris,” he observes. He says this is because of the products: “When you put the freshest fish available in the hands of some of the most talented and creative chefs, the results are incredible. Some of the Michelin-starred establishments, such as 3-star Sukiyabashi Jiro, have only eight or ten seats, some only have one sitting, which makes getting a reservation difficult – even for me!” 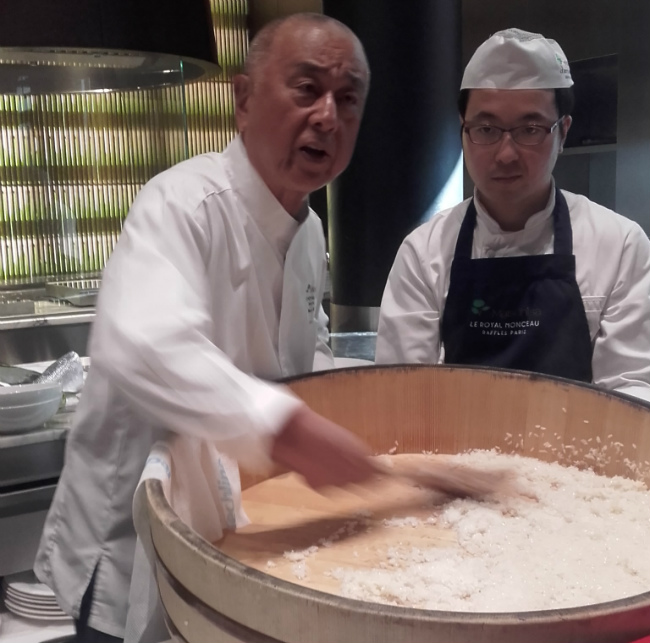 Born and brought up in Japan, Nobuyuki Matsuhisa apprenticed in Tokyo sushi bars before setting off to tour the world from Lima to Alaska, via Buenos Aires, Argentina and the US of A. The chef was challenged, fascinated and inspired by the culture and regional ingredients of each country he visited – which contributed to his inventive “Nobu Style.”

“Cuisine is like fashion, always evolving, reflecting the times. If you think of cuisine as a movie, then the stars are the ingredients. I think of plates as canvasses to which the chef can freely add color,” he explains. Of his iconic umami black cod with miso – for which he has designed a plate with an indentation for soy sauce – Nobu comments, “from the signatures come the new creations”. 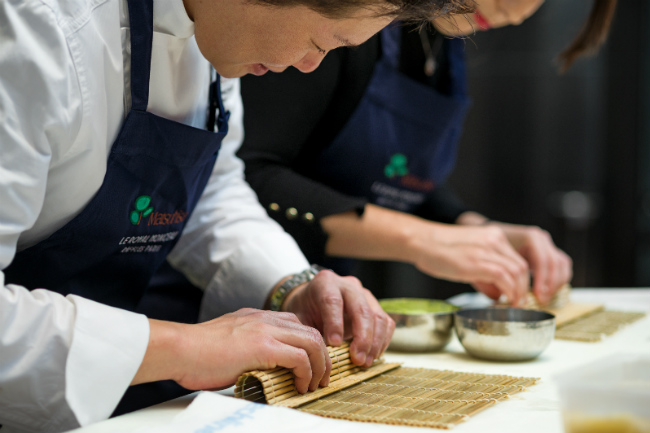 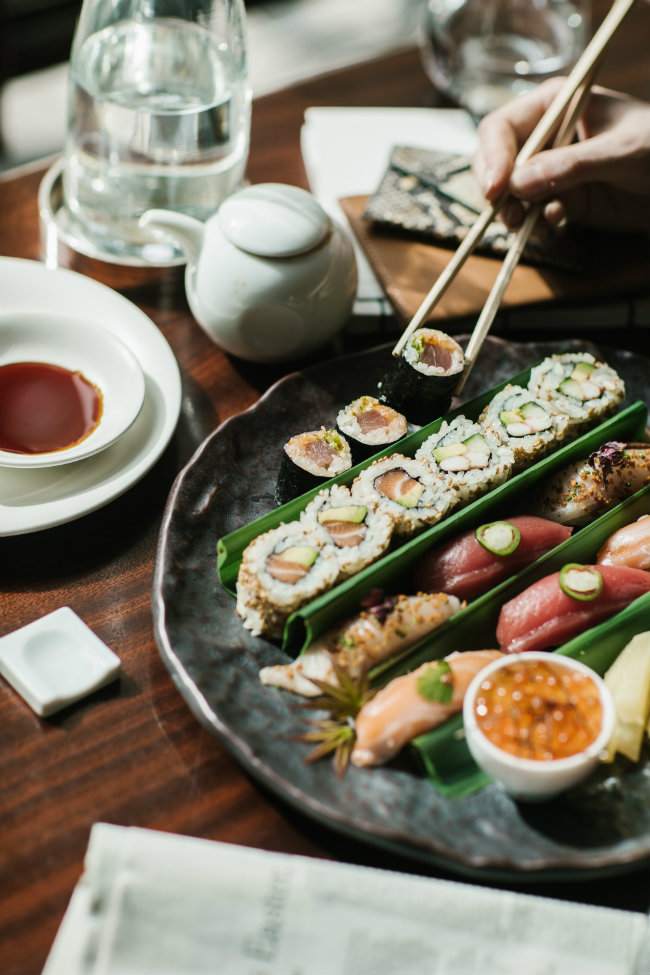 Previous Article News from the Louvre, the World’s Most Visited Museum
Next Article The Studio of Alberto Giacometti, Recently Opened in Paris