Home Books Interview with Imogen Robertson on her new book: The Paris Winter 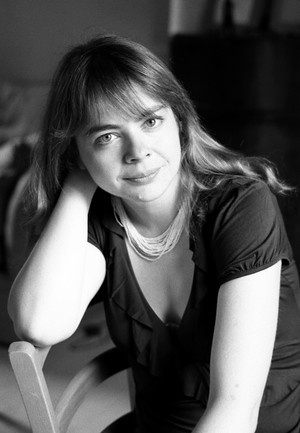 It is said that everyone has a book in them.

Not literally, of course. For if that were the case there would be a lot more book-removal surgeries. Which, according to my doctor friend, does not happen often. Imogen Robertson has had books in her for a long time, and she’s written six of them.

Her newest novel is a captivating tale of sparkling Belle Epoque Paris. Though Robertson hails from the North East of England and now lives in South London, she writes about Paris with such authenticity that one might assume she’s a native Parisienne. The Cambridge grad, who studied languages (German and Russian), displays mastery over the English language as well, and her words push the story along, ever-forward. Prior to writing novels, she worked as a director for children’s TV, film and radio (all mediums which necessitate tight, captivating story-telling, which is evidenced in Robertson’s writing style).

Her latest book, a historical novel entitled The Paris Winter, is a tale of intrigue and suspense (two words which are often thrown around willy-nilly in describing a book, but with hers, they are valid and applicable). Robertson’s book is the kind of book you want to get lost in. Its period setting is a little later than Moulin Rouge, and far earlier than Da Vinci Code, but with the settings and colors invoked by the imagination, it harkened back to Nicole Kidman and Ewan McGregor singing “Your Song” on the balcony of Satine‘s room. Insofar as it is romantic, Parisian, and near-otherworldly.

The Paris Winter opens in the year 2010 in the Southwark Picture Gallery in London with some mysterious artwork on display, and then catapults the reader into 1909 Paris, where the real fun begins.

I had the opportunity to speak with Ms. Robertson about everything from London versus Paris, to female versus male historical writers, and the standby question of advice for authors. 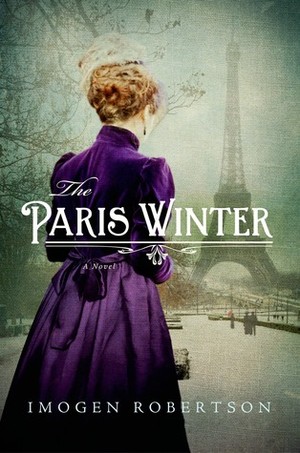 How did you get the inspiration for your new novel, The Paris Winter?

My grandmother was born in 1895 and used to travel round Europe on her own before the Fist World War. I came across some photographs from her trips at my family home in Darlington, and one of her sketchbooks. The idea of a young woman from provincial England traveling abroad to train as an artist began to take shape from there. Then, when I read about the devastating floods in Paris in 1910, I realized that was the setting I needed for her story.

The novel’s protagonist is an artist. Do you have a favorite painter or favorite genre of art? Additionally, do you have an artistic background?

Choosing a favorite artist is like choosing a favorite writer! There is one artist whose work I got to know while writing Paris Winter and who features in the book – Suzanne Valadon. She was a remarkable woman, brought up on the streets of Montmartre, a model muse and friend to Renoir and Toulouse Lautrec, and most importantly a brilliant and bold artist herself. She used to feed any drawings she didn’t like to her pet goat and Modigliani used to sit at her feet reciting Dante while she worked.

My brothers are both talented artists. I’ve never been able to draw anything other than stick-men, which is why, I think, I became a writer!

What kind of research was involved in writing this historical fiction book?

My other novels are set in the late 18th century, so one of the delights of writing The Paris Winter was the fact that for the first time I had photographs and film to help me, as well as newspapers, diaries and the books published at the time. I was surrounded with maps and postcards and images of the paintings as I wrote. I also spent time in Paris of course, which was wonderful! Often though the most useful research comes from talking to people. I spent time with an artist who was trained in the same way my lead character, Maud, would have been and spending a morning in her studio taught me more than a week with the books could have done. I also got a very nice jeweler in Bond Street to show me some impressive diamonds.

You live in London; which do you prefer – London or Paris, and why?

I love London. Paris is a remarkable city, but its elegance I sometimes find off-putting. The mess of history in London – all those layers of history showing through — I find incredibly stimulating.

Why do you think there are so many books about (and set in) Paris?

It attracts dreamers and romantics, people who are trying to escape their own lives and build another. That makes it very fertile ground for a story teller. It also is a city that values and celebrates the arts. Then there is the history – the violence of revolution and the struggle for ideas. It makes for a fascinating mix.

Did you always want to be a writer?

I never thought I could be, but yes, I always wanted to write. It took me a while to realize though that writing is a craft that you can learn, and a skill that comes with practice and work. I was a TV director for ten years and that taught me a great deal about story telling.

Who are some of your favorite authors, and from where do you draw inspiration?

Inspiration is everywhere – overheard conversations in the street, a couple of lines in a history book, a newspaper article. The trouble is deciding which ideas to pursue. I have a list of authors I love as long as your arm, but Sarah Waters is a contemporary whose writing I aspire towards. I read a lot of poetry too and one of my friends and favorites is Ahren Warner. He lived in Paris for a while and writes about both Paris and London in a way that is both fresh and full of layers of allusion. I was brought up reading Georgette Heyer, Austen, Dickens, Dorothy L. Sayers, Allingham then studied the great 19th century Russian novelists at university. They are always in my mental mix somewhere.

Good question! It’s very difficult to know how much is to do with how people write and what market publishers aim for. A lot of women, like myself, are fascinated by the untold stories in history – the lives of the people in the background of the picture if you like. That perhaps makes them more interested in human drama rather than battle tactics, but I can think of many writers of both genders who don’t conform to those pattens, and after all a novel is made up of a wide variety of characters and situations.

If you could live the life of a famous Belle Epoque character (real or fictional) for one day, who would it be and why?

I think I would be Suzanne Valadon. That way I could be an artist for a day and have a pet goat. Who would want more?

What advice would you give an aspiring writer?

Read. Read all the time. And then when you are ready to write, go to creative writing courses, read the How To books and find some people to share your work with. Every writer needs to learn to think critically about their own work, and you learn an enormous amount by learning to critique others. Also, don’t expect to be brilliant straight away. Be brave, be bold and learn your trade.

Interview with Mark Pryor, Author of the “The Paris Librarian”