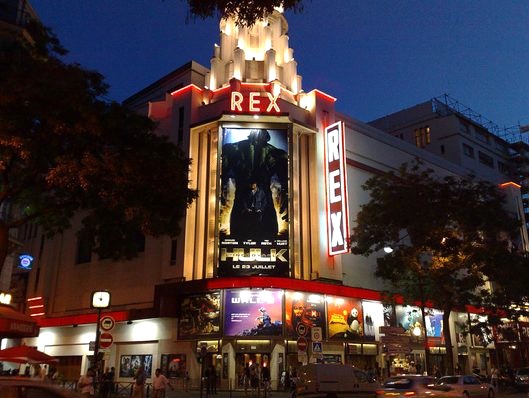 Grand from the start

Only a true fan of movies could produce such a fantastic movie theater. In the early 20th century Jacques Haïk was a Tunisian immigrant who made a name for himself in the world of the 7ème art as the film producer who introduced Charlie Chaplin to French audiences (and dubbing him with the nickname “Charlot,” as the star is known in France). French architect Auguste Bluysen and consulting American architect John Eberson helped build Haïk’s dream of a majestic Art Deco building with an even more personal touch inside.

The main theater of the Grand Rex is an “atmospheric theater,” which means the ceiling is designed to give the impression of sitting outside, in the open air. Adding to this Mediterranean illusion dear to Haïk’s heart are a simulated cityscape straight from Arabian Nights stage left and, stage right, a recreated balcony exterior reminiscent of Romeo and Juliet’s Verona. 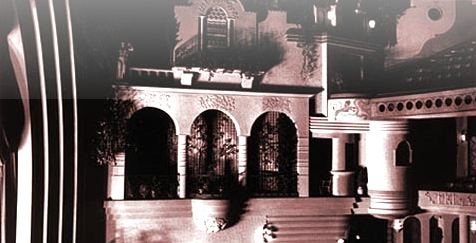 After rolling out the red carpet on December 8, 1932 with a projection of “Les Trois Mousquetaires” (The Three Musketeers), the Grand Rex stepped quickly into the spotlight and became the movie cinéphile’s mecca it remains today. Like any good drama, there were dark times to overcome as well: Haïk overspent while constructing his masterpiece and was forced to declare bankruptcy despite the success of cinema. 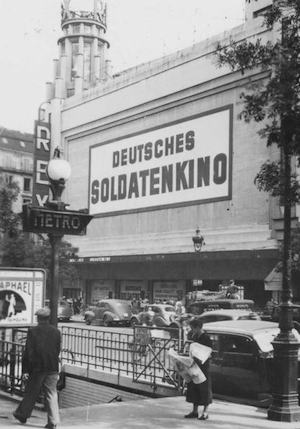 Then, during the Nazi occupation of Paris in the Second World War, the invading German army requisitioned the Grand Rex, ostensibly because of the strategic importance of the boulevard Poissonnière, but more prosaically to create a lieu of entertainment for the occupying soldiers. The hall was renamed “Soldatenkino“ (Soldier’s Cinema) and military personnel on leave enjoyed watching propaganda shorts and films approved by the Nazi censors.

Later, “liberation” carried many meanings at the Grand Rex. After the liberation of Paris, the theater became a Welcome Center for liberated POWs from April to June 1945 before opening its doors to Parisians desperate for the liberating experience of escaping into films made by the nation that rescued them.

Today the largest movie theater in Europe has nearly 2,800 seats in its Grand Salle and maintains its premiere reputation by showing first-run films on the largest screen in Europe, but also welcomes international artists for concerts in a singularly beautiful setting. 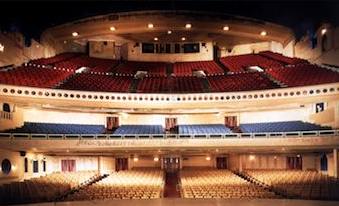 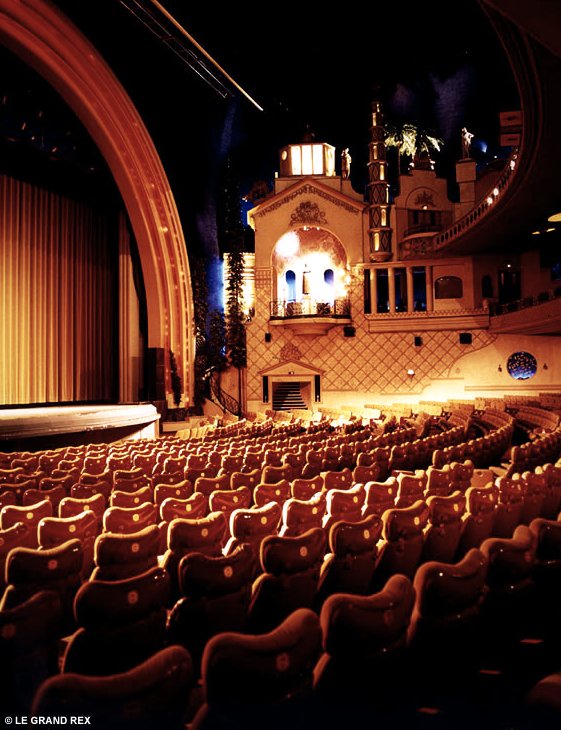 Anyone, however, can experience The Grand Rex from an insider’s point of view during guided tours (FRENCH ONLY) of the mythic theater. Guests will take center stage for a unique perspective of the Hall that continues to make movie history and remains privy to the secrets of what makes the Rex so grand.

Watch for tours scheduled for July and August weekends.

Turn off the lights, get your cameras ready and prepare to jump into the action!

Paul Prescott is a Paris-based writer and he also blogs at Paris Inspired Website. Please click on his name to read other stories by him published by BonjourParis.

NEW: Subscribe for free to our weekly newsletters with subscriber-only stories.

Click on image for more info about these Paris walking guide and tour books.