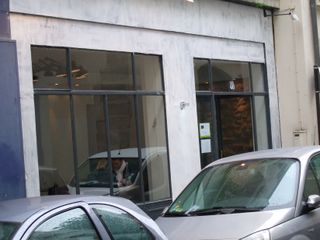 The phrase to “hit the ground running” is used so loosely now that one can forget its derivation; it referred originally to cowboys dodging bullets in the Wild West and only later to what we automatically think of now – Airborne troops landing and preparing to get going fast – shades of Normandy and St Mere Eglise.

On/In the blogosphere there is much discussion about whether it’s fair play/good sport (N.B. Mr. Henry) to review a resto just after it opens, despite the chef’s having been in business for years, sometimes with the same kitchen team and even the same front-room group. Like American theater shows opening in New Haven, some French places have “soft openings” for friends, admirers and hangers-on.

In addition, some reviewers and critics of critics say one should wait until they “work out all the kinks,” “mature” or “get the rhythm under their belts” (block that mixed metaphor folks) before critiquing a place. This makes an interesting assumption; that places get smoother and more consistent as they age. In one case, the opposite happened; Sylvain Sendra opened Itineraires to universal praise (including from me) but within weeks the place got push-back from web-savvy eaters and indeed, meals in this post-opening period were decidedly inconsistent.

But since the big boys (Rubin, Simon, Berger, Toinard, Demorand, etc) have their ears out on sticks and know and utilize that knowledge to go early on, why not poor blogoslobs like me?

And so it was that a genuine food writer and I ate at Claude (ex-Bamboche, l’Orenoc) Colliot’s new place in the 4th on its 2rd day, breaking all the new gastro-ethical guidelines that say you should eat at a place only after the kinks are unkinked out, eat at least 5 times and make sure everyone at the table agrees; but I’m not Sam Sifton, just a poor schmuck who wants to be served what Mr. Average Customer is, not what the New York Times LERP’s (Long Range Reconnaissance Patrols) get.

The menu looks simple: 4 each of starters, mains and desserts but the food is incredibly complex and textured and flavored. The front-room, granted staffed by Madame as well as three experienced folk, one of whom I knew from a previous life, functioned effortlessly. OK, there were only 10 covers max that day, but I suspect that even with all 50 seats full, they’ll do very nicely indeed.

Chef Colliot looked to have one other (sous-)chef and a plonguer in the cuisine and they too seemed to function like a well-oiled machine.

Now, by the time you read this, all the big print boys will have been there and we’ll see what they say; but mind you, they’ll have been within 10 days of its opening and they regard this as fair play/good sport. And with a talent like Claude Colliot, it’s a pleasure to see a chef hit the ground running, and seemingly enjoying it greatly, as did his whole staff.