Home Uncategorised Getting Sick when Traveling 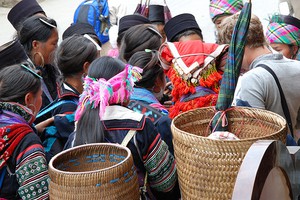 For those of us who live to travel and travel to live getting sick isn’t on the top of our anxiety list. We know what to, and what not to eat—fast food from street vendors— and never to drink out of bottles that seem to have passed through too many hands, and so on. We arm ourselves with the shots the CDC advises and off we go. If we’ve been a place numerous times, we’re sure we’ll be OK.

With this mindset, I headed to Vietnam for the seventh—or was it the eighth?— time. By no means do I consider this exotic travel since I’d been here so many often; I even have a tailor in Hanoi. Or thought, since it had closed in the name of progress. But that’s another story, as was my health.  This has been a wake-up call that even the most experienced travelers shouldn’t be complacent. Had I not assumed I’d never contract an exotic disease, perhaps I would have been more on guard. 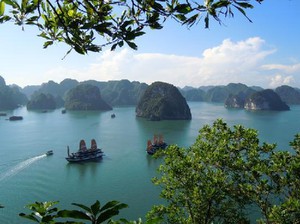 Don’t get me wrong. I travel with tiny jars of Purell and other stay healthy accouterments. But, you feel kinda silly acting as if you’re going to get sick when you’re staying in lovely hotels or spending a memorable night on Halon Bay aboard the Emeraude. 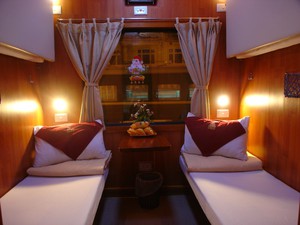 Exotissimo Travel had taken care of our ground arrangements and we weren’t roughing it. Anything but—this trip was luxurious. Even though we hiked (well, it was more of a long walk) in Sapa, getting there from Hanoi on the Victoria Express Train could hardly be considered hardship travel. We also spent a night cruising the Mekong delta aboard the “Bassac,” a more than comfortable wooden boat.

Yes, it was a glorious trip. Except for overnight sniffles contracted by my travel partner, Pierre, we didn’t confront any germs that were out to do us in…

We flew back to Washington, DC, before I was scheduled to return to Paris a few days later. All was going according to plan until I started sneezing on the first leg of the flight back to the U.S. and, by the time we arrived at Dulles, my nose was running. Within two days, I had a major fever and was miserable. My return to Paris was postponed so many times that it was either use or lose the ticket. What the hell, I’d prefer to be sick in my real home than where I stay in D.C.

Yes, I was miserable and had contacted a doctor in the District, but was too sick to get out of bed, between the fever and the chills. Besides, my real doctor was in Paris and it was time to get home to her to discover what was really wrong with me.

By this time, and it was nearly a month later, I was sure I was at death’s door, and if I wasn’t, I wanted to be. My life was miserable. Sleeping 20 hours a day seemed normal and I lost any and all balance.

Each time I’d venture out of the apartment, I’d crawl back into it and straight into bed. To give you an idea of how terrible life was, I could no longer hold my arms up long enough to type on my computer. If it hadn’t been for my Blackberry, I would have been incommunicado.

By this time, I had a new career. I saw more doctors in the following six months than I’d seen cumulatively my entire life. Since I felt so crummy and was physically unable to navigate the métro, I learned how expensive Paris is if you take only taxis.

Another thing I experienced was how difficult Paris is for the disabled. Why were so many W.C.’s in the basement? Stairs, that never seems steep before, were impossible. Even though I began to get better, my sense of balance, as well as my memory, was shot to hell. Why wasn’t there a diagnosis? And YES, I’m sure the doctors probably thought I was crazy because, at this point, so did I.

Fast forward: I still felt terrible and as if I’d lost so much motor function that I was certain I’d never travel again. Yes, I was getting better but not good enough. I’d become so adept at surfing medical sites on the Internet, that I was convinced I had at least eight diseases. Even though I am a great proponent of French medicine, perhaps a doctor in the U.S. would be able to solve my health problem. 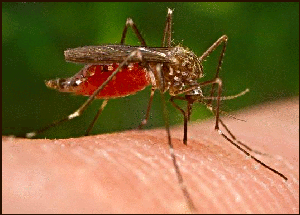 After returning to DC, I made (more) appointments to see doctors, who prescribed many more tests. I felt as if I’d become a class A hypochondriac. Thank goodness the neurologist decided to take what seemed like a pint of blood. No one was more surprised than I, when she greeted me with the verdict that I’d tested positive for this year’s “hot” virus that’s spread by mosquitoes. So much had been in the U.S. press about the West Nile virus that’s reached epidemic proportions in the States this past summer. I was vindicated when people who’d heard me complaining read, a journalist’s article about how he’d become a “West Nile zombie.” Finally, a diagnosis and more importantly, I learned there are no drugs that would cure me and it would simply take time.

But hold on. I didn’t contract the virus in the U.S. According to the blood test, not to mention the symptoms, I’d been bitten months before. Why had I been suffering?  My Paris internist simply said the West Nile virus hasn’t come to France and I fell in a hole.

Now that I’ve been diagnosed, I’m encountering numerous others who’ve had West Nile. To think I might have avoided that mosquito’s bite if I’d sprayed insect repellant, whether or not, I thought I needed it.

This falls into the “stuff happens” category. But, happily, this “stuff’ won’t keep me from traveling. But, I’ll certainly be on the look out for mosquitoes no matter where I go, even though I now have an immunity to the West Nile virus. In this case, life (happily) goes on and you’ll see me on the métro.

Belleville: Paris of the People