A Huge Renovation for the Gare du Nord in Paris 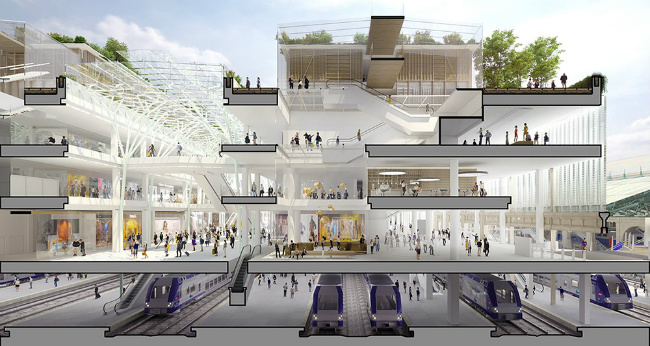 If you take the Eurostar to London, or Thalys to Brussels, you will be familiar with the Paris train station known as the Gare du Nord. Visitors love to complain about this gare (so dreary compared to St Pancras in London!) but we think it gets a bad rap. In fact, the Gare du Nord is the busiest rail station in Europe! Here’s some news that’s music to our ears: By the year 2023, just in time for the Olympic Games, the station will be getting a colossal, 600 million-euro upgrade. SNCF plans to triple the interior spaces, add a separate arrivals/departures area, 1200 bike parking spaces, not to mention a vegetalized rooftop that will cover 7,000 square meters and feature solar panels and a one-kilometer jogging track. 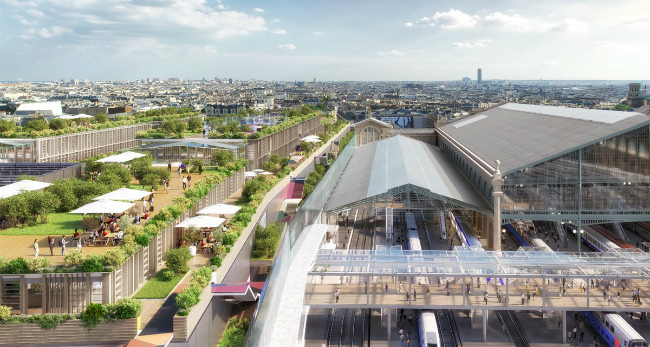 Highlights include a new central “street” planted with trees and filled with light. The new departure terminal reinterprets the 19th century, Haussmann-style Parisian passageway with a gallery over 18 meters wide with nearly 300 meters of space to offer a range of services and commercial functions. We can expect a range of new restaurants, many of which will boast rooftop views over the city. Watch this space! 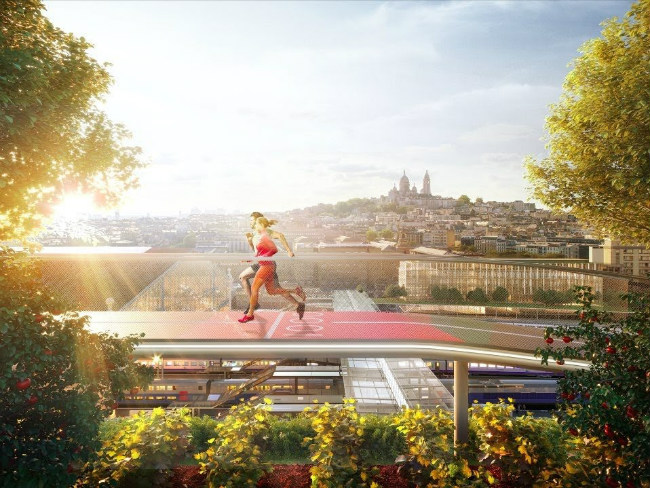 The new station will offer a number of sports facilities but definitely the most surprising is the running track featured on the roof, a first in France. Whether this track will be used in the Olympic Games is unsure, but it would be exciting to see 100m sprint final held on a rooftop in Paris!

On the subject of the overhaul of Paris’s busiest station, Mayor of Paris Anne Hidalgo has stated:

“This ambitious redevelopment of the Gare du Nord, supported by the SNCF Group with help from the City of Paris, will meet two objectives: to better welcome visitors while improving the environment of Parisians living in the area. With its cultural sports facilities, its co-working spaces, its shops and its green spaces, the Gare du Nord will become a space for meeting and sharing.” 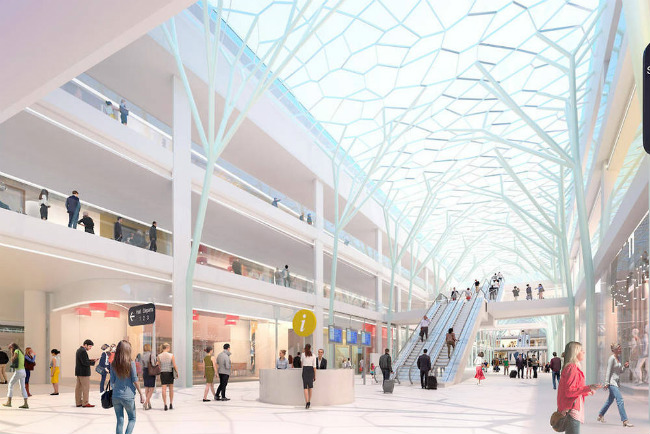 Perhaps one of the most useful developments is the new Charles De Gaulle Express Line which will connect the airport directly to the Gare de l’Est and the Gare du Nord making travel to the capital much easier for those flying in or out of France. 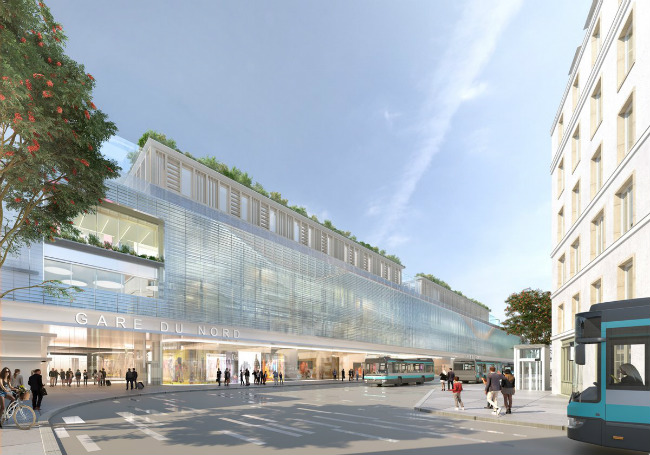