Visit the Paris Apartment and Atelier of Architect Le Corbusier

The work of controversial but none-the-less brilliant architect Le Corbusier is found around the world, but many of his buildings can be seen right here in Paris. Probably the most beautiful is Villa Savoye in Poissy-sur-Seine, a few RER stops from central Paris; there are the Maisons La Roche and Jeanneret, today the seat of the Fondation Le Corbusier in Passy. There’s also the Maison Planeix on Boulevard Masséna in the 13th and a couple of apartment blocks in the Cité Universitaire Internationale de Paris in the 13th and 14th arrondissements. There is a life-size replica of one of his Unités d’Habitation apartments in the Cité de l’architecture et du patrimonie on Trocadéro, and even a concrete house boat moored along Quai d’Austerlitz. 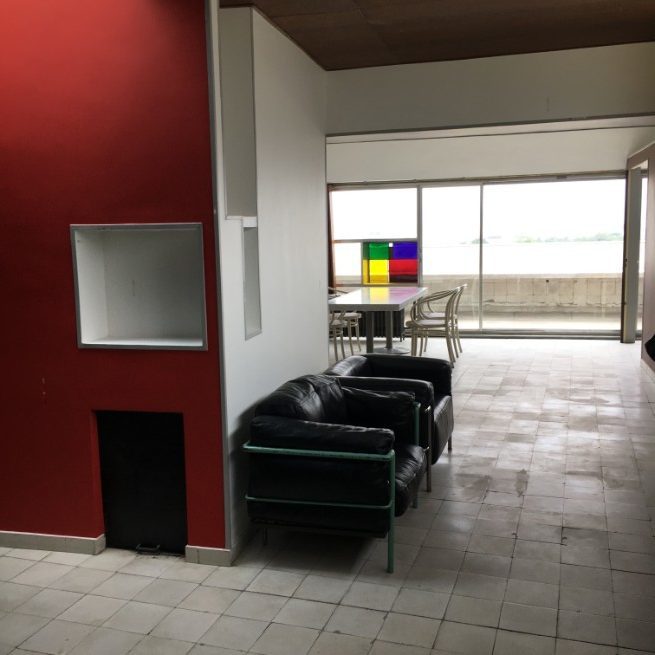 Plenty to keep the architecture enthusiast (or student) busy during a visit to Paris. Now there is, once again, another treat to see: The 240 m2 apartment and atelier where Le Corbusier lived and worked between 1934 to his death in 1965. Registered as a UNESCO World Heritage Site, the apartment has recently been re-opened to the public after extensive renovations. 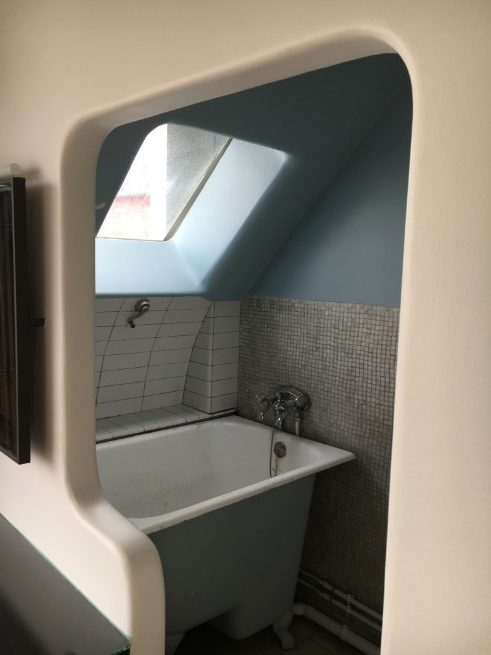 To step into the duplex on the top two floors of an apartment block he built with his brother between 1931 and 1934 on Rue Nungesser et Coli in Auteuil, is like stepping into one of his books. Quite often you find that people say one thing but act differently; not so Le Corbusier. His apartment is functional, minimal, free-flowing, east-west orientated, filled with light through horizontal windows, and with a roof terrace. All according to his five principles of architecture (*). It could not have been designed by any other person. 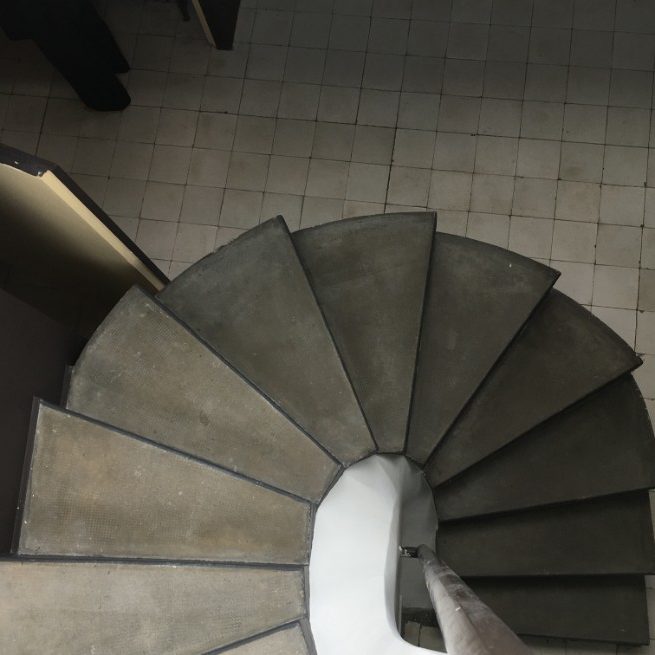 The staircase from above ©Ulrike Lemmin-Woolfrey

Splashes of color liven the place up, and the bathroom, just like in Villa Savoye, is decorated with pretty blue mosaic tiles. The kitchen, sleeping arrangements and storage have the typical nautical feeling, but the surprise is the atelier. One large room entered through an arch, with a rough stone wall two storeys high, and suffused with light. In it stands an easel showing a photograph of the exact room when Le Corbuisier was still working in it. Quite cluttered and messy, surprising for someone who seemed to favor starkness, but it adds a certain charm to the setting. 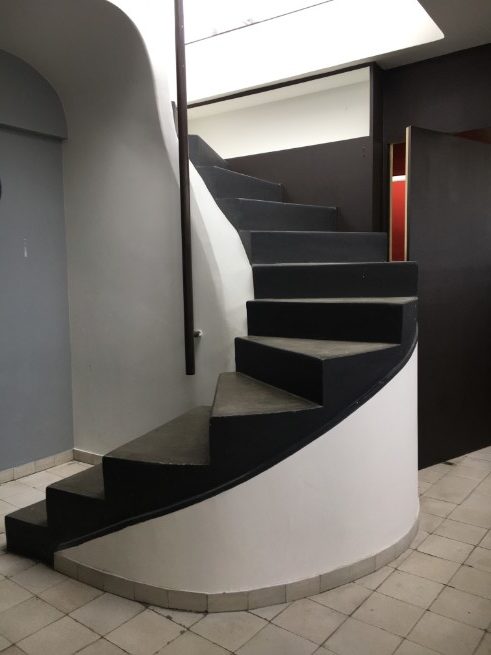 A concrete spiral staircase leads to the upper floor with its guest bedroom, and the roof terrace. What spectacular views! On the Paris side, there are the Roland Garros tennis courts, the Eiffel Tower, the roof tops of Paris, even the balloon rising above Parc André Citroën; whereas on the other side the suburbs and hills line the horizon. Lovely and functional atelier or not, I don’t know how he ever got any work done with those views to distract him. 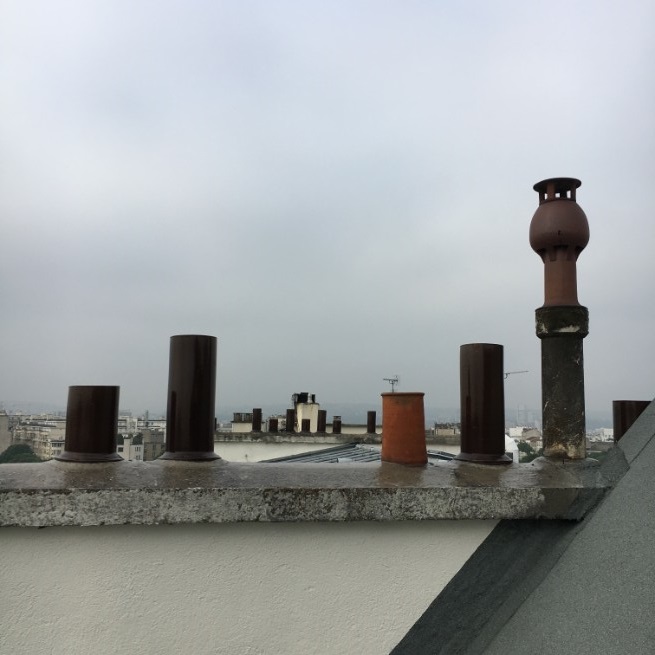 (*)Le Corbusier’s Principles of Architecture: (1) The building, or part of it, is raised on pilotis and held up by the load-bearing columns; (2) the absence of supporting walls means the house is unrestrained in its internal use; (3) the free design of the façade sets it free from structural constraints; (4) horizontal, or ‘ribbon’, windows, mean each room is equally lit from wall to wall; (5) roof gardens bring nature into the house, offer a space for leisure and recreation, while providing essential protection for the concrete roof.