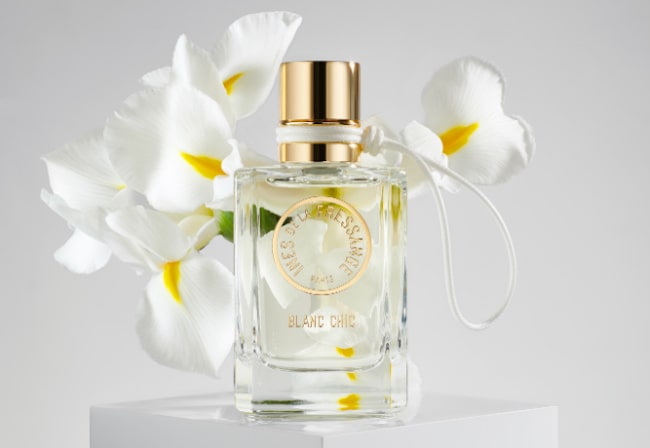 “Never leave home without a spritz of perfume and telling your family you love them,” says Inès de la Fressange.

On a sunny May day in Paris, with the limited edition bicycle (covered in spring flowers for the occasion) parked outside the door of a 19th century art atelier on the Left Bank, French style icon Inès de la Fressange introduces new signature fragrances exclusively with Marionnaud, Paris. 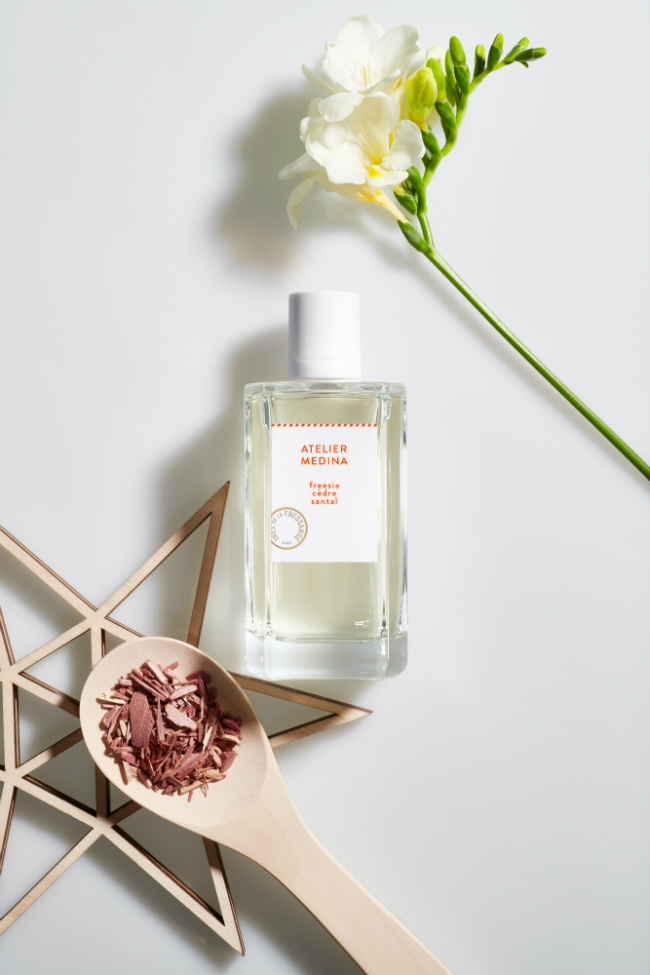 “I was passionate about this project from the get-go, from designing the Eau de Parfums with my two “fairy-noses,” Sophie Labbé and Delphine Lebeau, to the bottles and white gold packaging.

We developed two flavors – Blanc Chic, musky, powdery, mushroomy, slightly woody. And Or Choc, fresh, with woody, spicy notes – worn separately, but my plan is – wear them together, layered, a double perfume! To be at the zenith of chic there must be a little choc, something unconventional shaking up the perfect balance, non?” 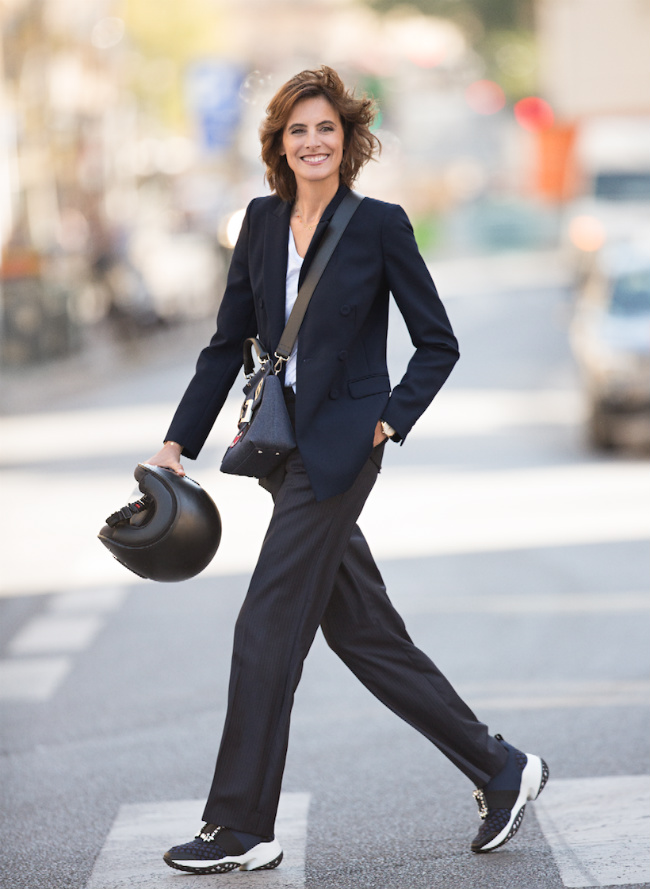 “Chic with a touch of rock is even more chic, n’est ce pas?” The Eau de Parfum Blanc Chic and Or Choc are worked in conjunction with a common base, incense. A pchitt or two of one fragrance on the other creates a new very personal olfactory universe, the very essence of the chic Parisienne. 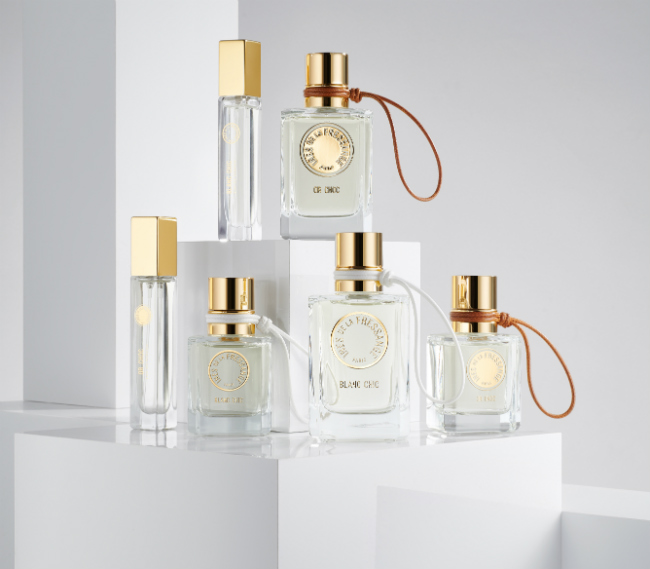 It’s not necessary to be born in Paris to have “Le style de la Parisienne,” Inès explains. “I’m the best example, I was born in St. Tropez! It’s all about attitude; Parisian women are a mix of Bardot and de Beauvoir, they follow the codes, but break them as well!” Read how it’s done in de la Fressange’s little red book: Parisian Chic: A Style Guide, published by Flammarion.

Born near St. Tropez, to an aristocratic family where silver spoons came by the dozen. “I went to a boys school; I was the only girl! Very strange at that time, perhaps more usual in England. I really enjoyed it, especially playing football and having my first kiss, aged eight!” Post school, de la Fressange became an international supermodel, designer, author, Marianne (the symbol the French Republic), Karl Lagerfeld’s muse, as well as being awarded the Légion d’Honneur by the French Government. 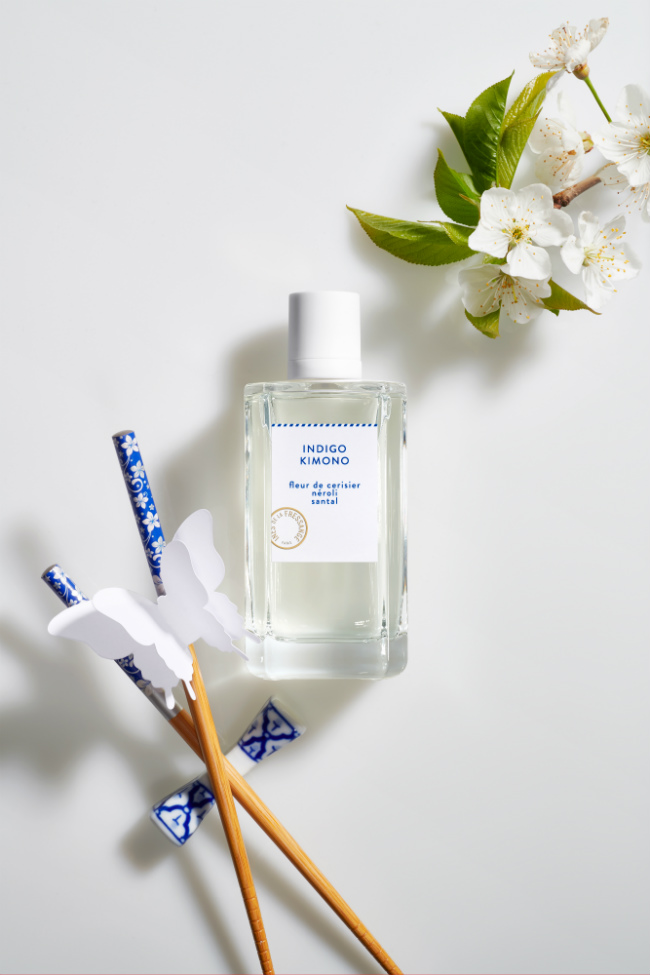 So, what’s it like being a brand, I ask? “Good for getting restaurant reservations,” she laughs. And, with that, Inès is off on her bike.

The perfume is available at the boutique and also at www.marionnaud.fr. 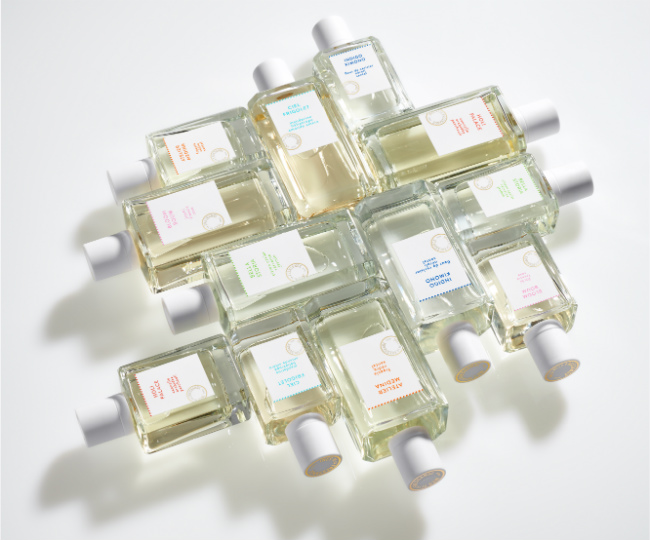