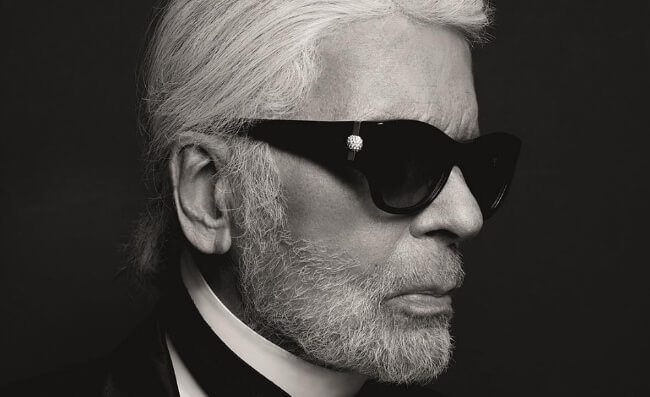 Karl Lagerfeld has passed away. He died on February 19 at age 85. And the world has lost a bit of fashion luster and legacy as a result. A great style luminary is now gone.

Lagerfeld was believed to be the most prolific designer of the 20th century. Born in Hamburg, Germany, Lagerfeld left his motherland to pursue fashion in Paris. He was hired by Chanel, and the rest – as they say – is history.

For decades, Lagerfeld delivered season after season of unrivaled and visionary collections for Chanel. Chanel has always been a hot ticket, but with Lagerfeld at the helm, one could rest assured it’d be an interesting and unique show. He also had his own line, Karl – which remains as chic as the man who started it.

The fashion idol’s reputation preceded him, too. Lagerfeld found fame and could often be found hobnobbing with the rich and famous. He was known for communing with the star-iest of stars, like Lady Gaga and Nicole Kidman and Jerry Hall.

Known for wearing black (like a true Parisian) and dark sunglasses, he – like so many other fashion designers – had his own look, which he stuck to like glue. (It’s sometimes said: Don’t look at what models wear on the runway for your fashion inspiration; instead, look at the designers and see what they are wearing.)

Lagerfeld could be a controversial, though. He was known to shock. From statements he has made about singer Adele’s weight to his 2017 row with universally beloved Meryl Streep, he was not adored by all. This fact aside, his influence is undeniable. A workhorse till his death, Lagerfeld was said to be tending to Fendi’s fall collection. His death leaves Fendi and Chanel in a lurch, unsure of the future to come.

Lagerfeld passed away in Paris – a city which became his home, and embraced him as its own.

At Home With Karl 🖤 The Maison KARL LAGERFELD has rediscovered a one-of-a-kind scrapbook created by Karl – including priceless photos from his childhood. Head to IG Stories and read an exclusive interview with Stefano Tonchi, former editor of @tmagazine, who originally asked Karl to participate in this special project. #KARLLAGERFELD