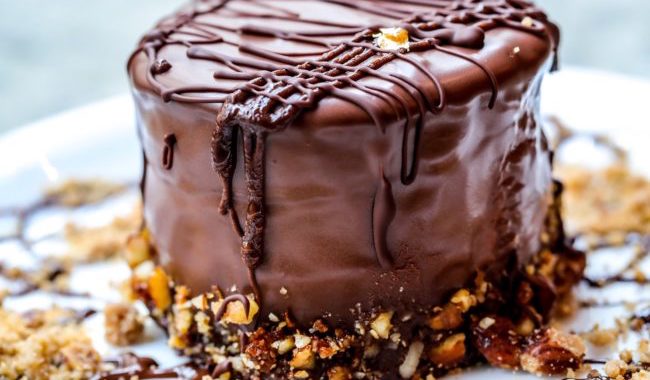 Could veggie burgers with sweet potato fries become the new steak frites in Paris? In recent years, vegetarian restaurants have been sprouting up all over the French capital. While most farm-to-table restaurants offer vegetarian plates, seasonal vegetables decorating the plats du jour in ample measure, the recommended eateries described below are havens for veggie lovers. Many even provide a hearty selection of vegan and gluten-free options. 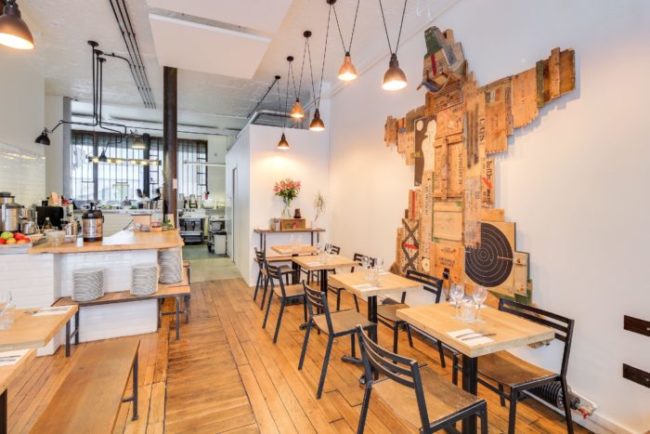 Founded in 2007 by chef Christel Dhuit and later expanded in 2009, Soya Cantine Bio is a vegetarian haven just steps away from Canal Saint Martin in Paris’s 11th arrondissement. With lunch and dinner combining organic seasonal produce – couscous dishes and endless vegetable plates including homemade garam masala among the options, even vegans will be well fed. As for the sweet side, all pastries are gluten-free. 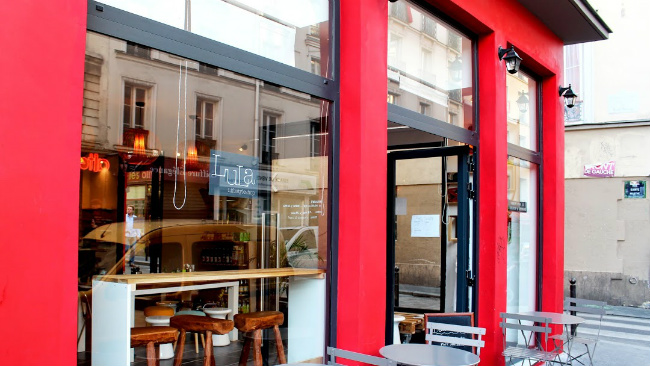 Lula Cantine Bio evolved of the love of healthy organic eating by Colombian born sisters Luciana and Natalia. Since 2014, they share their seasonal and creative vegetarian recipes, many inspired by their South American roots, with passion added to every plate. It’s difficult to choose between Fajitas and the chock-full of veggies Lula Bowl. Sunday Brunch is 100% vegan and gluten-free and full of decadent albeit healthy surprises. 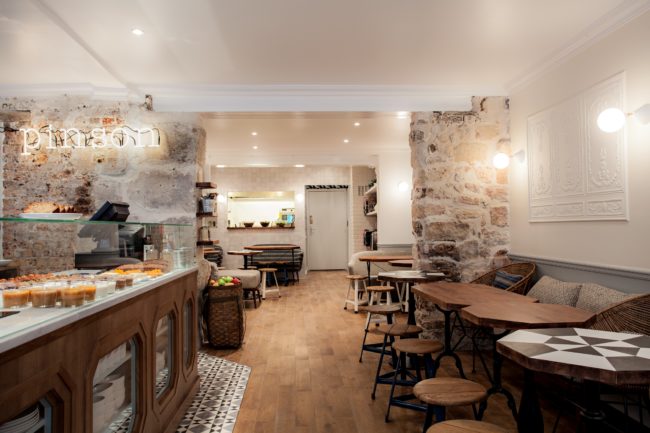 Passionate about healthy living and gourmet organic cuisine, Agathe opened the first Café PINSON in the North Marais in 2013. Designed by interior superstar Dorothée Meilichzon, it’s hard not to feel at home while sipping your matcha latte. Both a café and restaurant, Café PINSON serves a daily changing menu of 100% organic vegetarian food with plenty of options for vegans and juices galore. You can also find a selection of their goodies at Le Bon Marché. 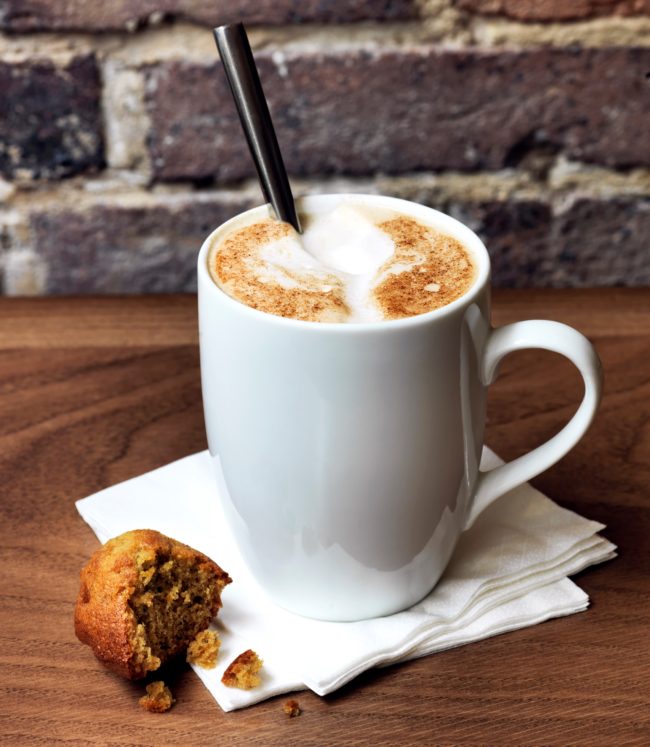 Wild and the Moon

The wild revolution began on Rue Charlot in 2015. Since then, Emma Sawko has continued to expand her health-food endeavor Wild and the Moon, opening outposts on Rue Amelot, in the 9th arrondissement, and most recently at Place du Marché Saint-Honoré. The 100 percent organic, locally sourced menu complete with cold pressed juices is one of Paris’s hotspots for gluten-free and vegan food, from morning to night. Whether you’re in the mood for a turmeric latte or thai curry, these inviting addresses will serve you well. 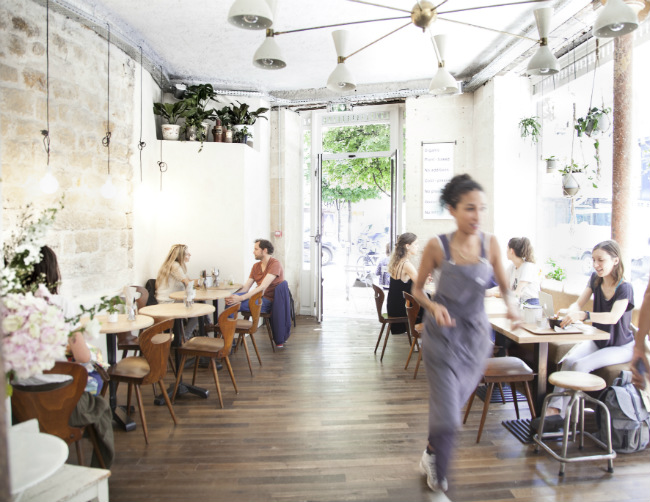 Wild and the Moon addresses: 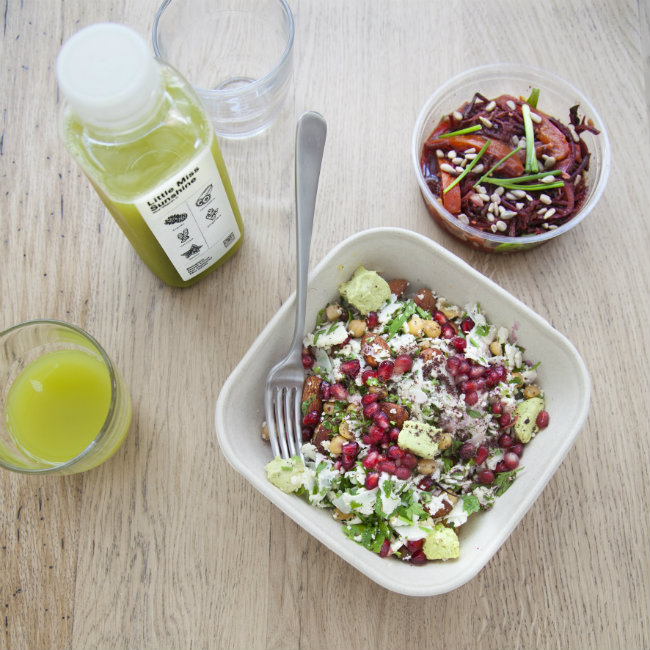 Named in tribute to their mother and fueled by a love of healthy and sustainable living, brothers David and Adrien opened Le Potager de Charlotte in 2015. Potager meaning vegetable garden, the menu combines organic farmers market produce to create epicurean plant-based cuisine. Their two addresses in the right bank serve seasonal specialties including chickpea and rice pancakes and coconut yogurt. Ask about their heavenly Sunday brunch! 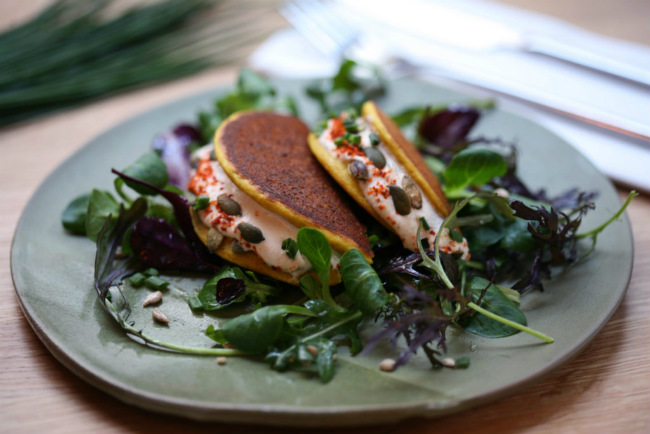