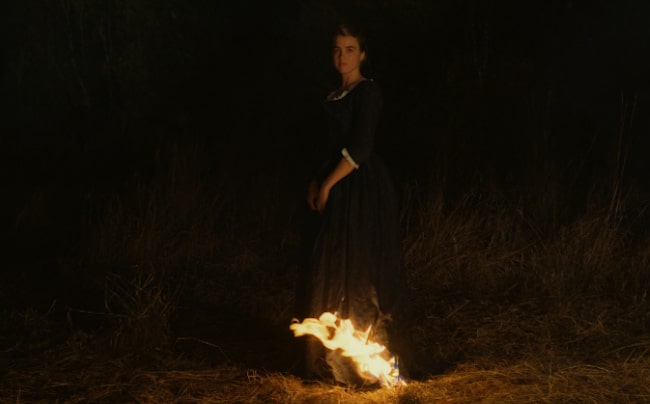 This is the fourth feature from French director Céline Sciamma, but it was her first feature in Competition at the Cannes Film Festival, which is buzzing with excitement this week.

Along la Croisette, Sciamma took to le tapis rouge with the cast of her latest film, Portrait de la Jeune Fille en Feu. The period film, set in the 18th century, centers around a woman who is engaged and gets her portrait painted.

It’s a film about women, and by women. The film’s crew was an all-female crew, which is notable, because this is a rarity in filmmaking. A tangential note: The Cannes Film Festival has taken great and admirable strides towards the encouragement of – and better yet, enacting – gender parity.

“For the first time, the Festival has methodically counted the female directors submitting their film for the Selection, with the results as follows… 26% of the feature films submitted to be part of the Cannes selection have been directed by a woman… 20 female directors are part of the 2019 Official Selection…”

Portrait de la Jeune Fille en Feu is in keeping with Cannes’ desire to showcase the work of females. Noemie Merlant and Adele Haenel star in this film (which Sciamma not only directed but also wrote); it is set in Brittany in the 1770s.

Protagonist Marianne (played by Noemie Merlant) is a painter and meets Heloise (Adele Haenel, making a return to Cannes following the much-praised BPM from the 2017 Cannes Film Festival). The two women have a romantic entanglement, one that has been compared to another same-sex love story – the popular French film Blue is the Warmest Color.

This seductive love story from Sciamma is an epic one, and full of texture, and not just in the painting works. It’s rich and full of depth, and perhaps Sciamma’s finest venture yet, one in which she is taking cinematic risks to a degree thus unseen from her. Keep your eye out for this one.

The film will be released in France this September.