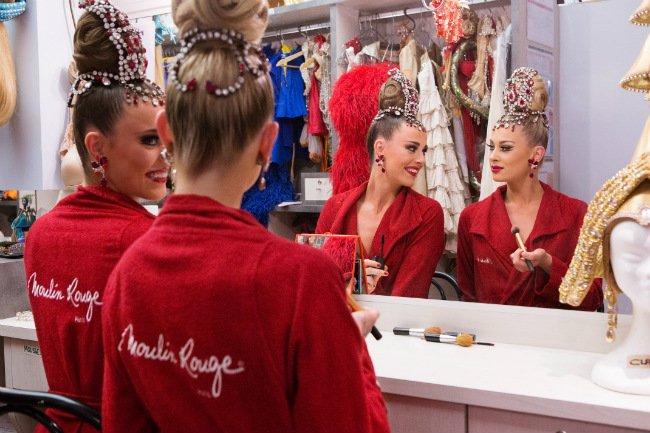 Tonight is a special occasion: showgirl Claudine Van Den Bergh has invited me behind the scenes of arguably the most prestigious cabaret in the world – the Moulin Rouge.

Arriving via a secret entrance away from the bustling crowds below the windmill, we meander down corridors leading to a hidden backstage area. Here, millions of euros worth of costumes line the walls around me, each handmade creation having taken up to 280 hours to perfect. From Medusa head-dresses entwined with metallic silver snakes to neon pink feather backpacks that seem to weigh almost as much as the dancers themselves — plus of course the breathtaking diamond bras for which the show is renowned — this room is a visual delight. 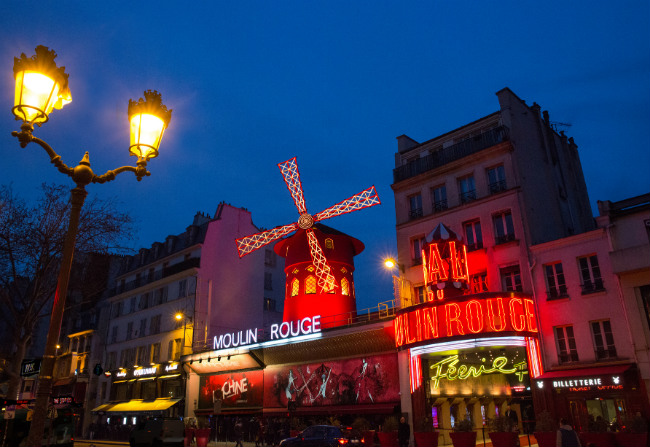 It might seem as though as it’s all glamour and Swarovski sparkle, but in fact it takes a month of intensive training just to master a single can-can act before it can be debuted on stage. Below, principal dancer Claudine reveals the secrets of life behind the scenes at the cabaret:

What attracted you to becoming a dancer at the Moulin Rouge?

I’ve been dancing since I was two and a half, so it’s everything that I know, and my mum is a classical dance teacher so I think it was handed down to me as an art form. It’s something I’ve been passionate about all my life. Plus Paris is definitely one of the most liberal cities in the world – it’s a huge haven for artists and creatives. That’s the reason I’ve stayed here for so long [six years]. 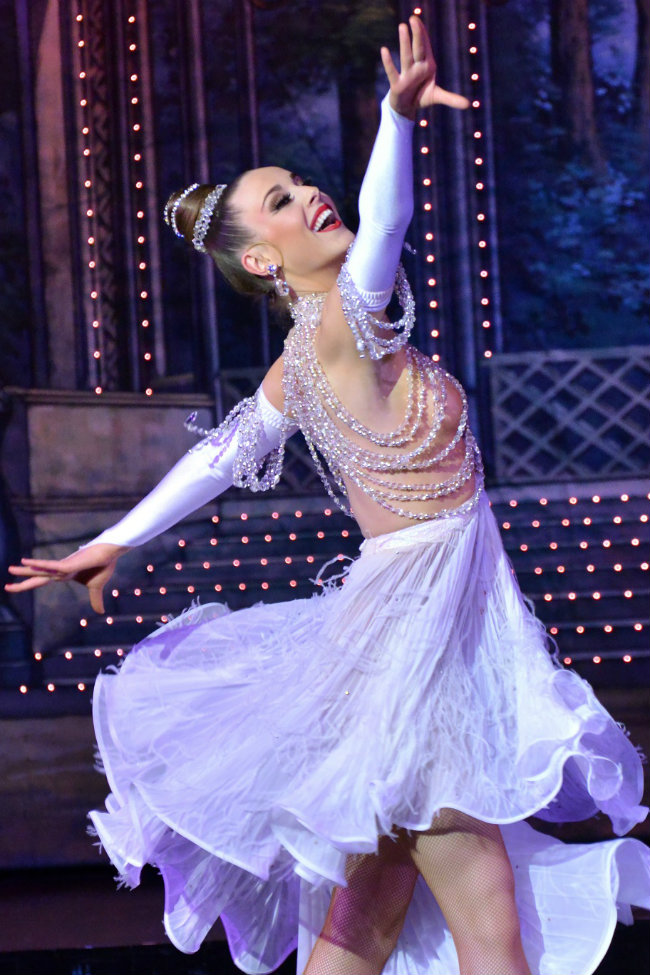 What is the criteria for a performer?

It’s quite a grueling audition process – it’s four hours long. Auditions are held all over the world – the management have just come back from Australia, so they really do go quite far to find the best girls. They’re looking for tall, classically trained dancers.

Can you reveal more about your favorite costumes worn during the show?

All the diamonds on the costumes are Swarovski. We have a couturier here and they make everything on-site – it’s hidden in one of the many little corridors of the Moulin Rouge. I love the Medusa act – we have a tank and one of our girls, Olga, swims underwater with snakes. I play the part of Medusa so I wear a snake hat [a silver metallic fascinator with 3D snakes spiraling out of it]. It links to Greek mythology. 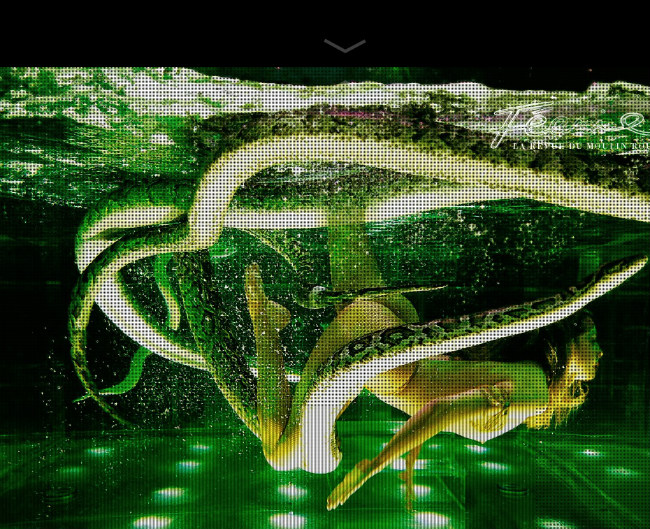 Olga, the co-dancer that Claudine lures into the underwater pit to swim with snakes.

What would be your perfect on-stage costume, if at a future show you were asked to design your own?

I might choose a mesh high-cut body, embellished with black crystals and a few very shiny iridescent jewels sprinkled across it. I’d add a large head piece, also with crystals and jewels, cut into a point mid forehead to frame the face – and finally a large, black backpack with different feathers creating different textures. In a future Moulin Rouge show, I’d also like to play Cleopatra, as Elizabeth Taylor inspires me!

What are the biggest challenges on stage?

Our finale tableau – French can-can, of course – is eight minutes of very intense kicks, cart-wheels and jump splits. When you arrive, you do a month of training in order to be able to complete this dance. You can’t just arrive and think you can do it – this involves serious training. It’s very fast and very technical.

We also have to train to learn how to hold ourselves in the pink feather backpacks that we wear [for one of the acts] because they’re so heavy. You have to own the backpack, not to have the backpack own you – it takes a while to master. We wear such big feathers that we have to walk sideways, so you need to know exactly where you’re going. 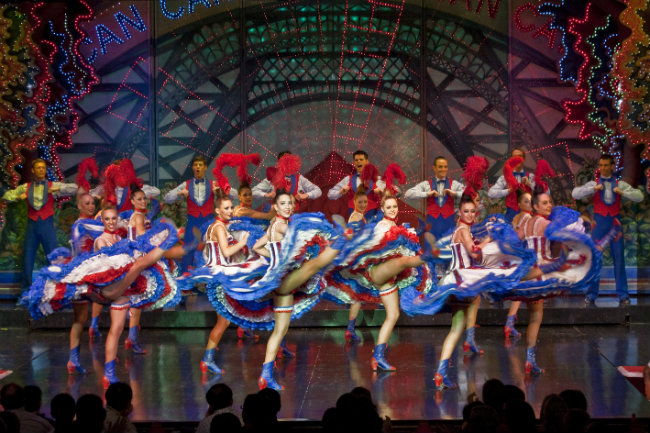 How has the cabaret evolved over the years?

I’ve seen all the Moulin Rouge archives – it’s important that I understand the history of it because that adds more richness to my work. It’s evolved a lot and it continues to evolve. The standard just keeps getting higher and higher. Now we have modern acts to entertain between each tableau – roller-bladers, gymnasts, ventriloquists, circus performers and medleys. Plus there are the performers dancing underwater. Only the traditional can-can has remained the same – the idea is that we keep that as close as possible to how it was.

What is the most common misconception about the show?

It’s not burlesque – it’s more like a West End musical. There’s a huge amount of talent and effort that goes into it and I think the crowd realizes that by the end!

Planning a night at the cabaret? Check out this article on the best hotels within walking distance of Moulin Rouge