A Vegetarian in Gascony – A Confession & Recipe 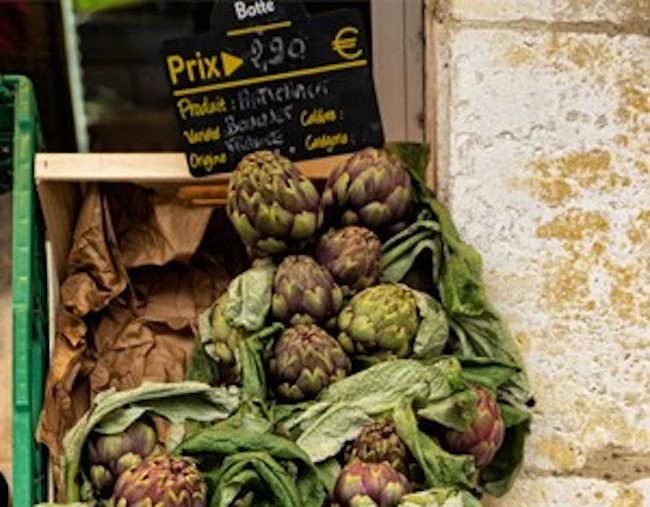 While driving home with a Dutch friend of mine, Astrid, from yet another disappointing meal of overcooked vegetables and undercooked quinoa at a local restaurant, we passed an enormous, perfectly rowed, vegetable garden

S – What a beautiful garden they have!

A – Really beautiful…I wonder how they keep the slugs away….?

A – It’s not good for the plants to have too much salt when you water, but the beer, they flock to the beer.

S – When I lived on Lopez Island I was given a slug cookbook as a joke.  The slugs there are huge.

A – Have you even eaten a slug?  They’re delicious!

A – Well, you know I grew up in Indonesia and we ate everything.  Sometimes I will buy a package of twelve here and fry them up with a little garlic and onions, make some rice and a salad.  Delicious!… Have you ever eaten stomach or lung?

A – Oh, you don’t know what you’re missing!  If you cook it till it’s tender and then fry it in a little olive oil, add some peppers, serve it with potatoes, it’s delicious!  The French eat everything you know….How long have you been a vegetarian? 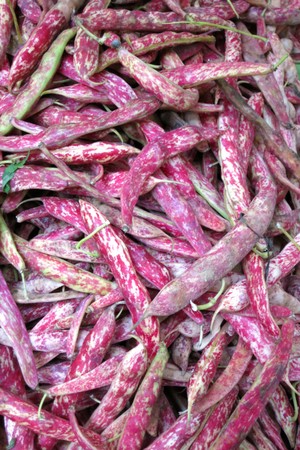 A – That’s a long time.  And why did you become a vegetarian?

S – My mother was a terrible cook.  She burned everything.  I couldn’t stand the smell of burnt meat, especially burnt hamburger. And my father made me sit at the table till I ate every last bit of food on my plate.  Of course, I would sit there all night, sometimes.  Fall asleep at the table.  When I was 18, I became a buddhist, so it was an easy transition, though I know a lot of buddhists who eat meat.  Different Buddhist traditions have different teachings on diet,

A – But, you live in France now, you should eat like the French do!  Fois gras, canard, sanglier….

S – Doesn’t tempt me at all.  Everyone here thinks I should eat like them, too.  I can’t tell you how many times I’ve been reduced to eating condiment sandwiches….Do you know there’s a restaurant in Nerac that has over 70 different flavors of ice cream on their menu for dessert?  The last time I was there the owner told me they were working on their newest flavor, sure to please any Frenchman’s palette – fleur de sel fois gras.  I can’t imagine why you’d want to ruin a good scoop of ice cream with the taste of salted duck liver.

A – Well, c’mon, you know, the French eat everything…

The earliest records of vegetarianism come from ancient India, Asia and Greece.  The first prominent, well known vegetarian was the Greek philosopher Pythagoras. He believed it was immoral to kill living creatures, hence he avoided exploiting animals or eating their flesh.  Then, for many centuries after Christianity swept through the Roman empire, vegetarianism was punishable as a capital crime by the church which advocated dominion over nature and believed animals were only given life so that their meat could be kept fresh till it was time to eat them.  However, during the lean Middle Ages in Europe most people survived by eating vegetables, herbs and grains. Eating meat became surrounded by an aura of wealth and power.  By the end of the 18th century, a time of radical ideas, the dilemma of whether humans should kill and eat animals was again debated and written about.  Every country has it’s outdated historical traditions….and France is no exception. 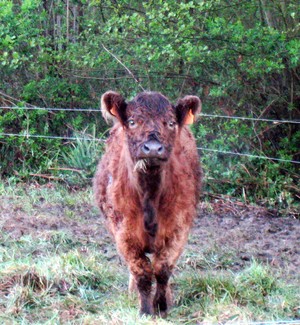 Last weekend I was visited by two men, local neighbors. One man, a tall, jolly, robust Gascon through and through, introduced himself to me as President of the “Le Chasse.” (the hunt)  He informed me there would be a sanglier (wild boar) hunt the following day.  I told him I was a vegetarian, a Buddhist and I did not want any hunting on my property.  He just laughed at me.  In France, the hunt is sacrosanct. “Le Chasse” (the hunt) has the right to cross any and all private land.  He asked me what I ate and I said legumes (vegetables).  He lifted up his shirt and showed me his round belly, patting it happily saying he loved meat of all kinds – wild boar, deer, hare, woodcock, pigeon, the list seemed endless. He said vegetables were merely a side dish. Understood in the context of evolution, a reasonable case can be made for “Le Chasse.”  But today, even though the French love of all kinds of animal foods is legendary, it seems unconscionable to me to continue this outdated ritual.  When men began to hunt the world was terrifying – their sacrifices were offerings to the gods.  The spirit of the sacrifice was wholly absorbed and eaten and a divine union was created with nature. Alchemy transformed the sacrifice through the magic of the cook, the cook became the shaman and the shaman eventually became the man behind the barbecue grill.  But, I asked myself how can our relationship with ourselves and other species ever be harmonious if we continue to behave this way? 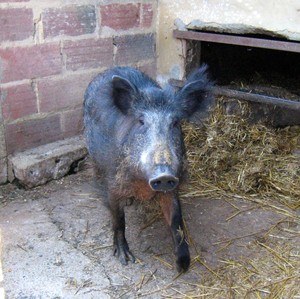 So, imagine my surprise when yowling dogs and orange-capped, shotgun- toting “Chasseurs” (hunters) disturbed my Sunday afternoon.  I was horrified as guns exploded in close proximity.  I put loud music on to mask the noise, but it didn’t help.  I ran outside after a hunting dog crossed my land and rang my enormous cast iron bell hoping the incessant clang would disturb their concentration.

Although ferocious in appearance, the sanglier is a relatively timid creature unless it’s provoked or its young are threatened. It sleeps during the day and roams the forest and fields at night for berries, and greens and, if available, will eat some of the farmer’s grapes and corn.  But from everything I’ve read, it is normally more than content with wild forest food, as I would be….if only I could find a good vegetarian restaurant in Gascony…

Heat the oven to 400/
Cut the onions/shallots, zucchini, eggplant into small wedges.
Place in a large roasting pan and coat with the olive oil.
Toss with garlic.
Roast 25 minutes, stir, then continue for another 10 minutes or until
vegetables are very tender.
Toast, butter and cube the bread.
Toss while warm in dressing and top with shaved parmesan
Season to taste with fine sea salt and freshly ground black pepper

Lead photo credit : Sign up for our free newsletter